A Day in Yosemite

A few months ago my brother suggested we stay at The Lakes RV and Golf Resort as we made our way over to Arnold CA for a 4th of July reunion.  Turns out it was an excellent idea.  We wanted to see Yosemite National Park as well as Sequoia and Kings Canyon National Parks. 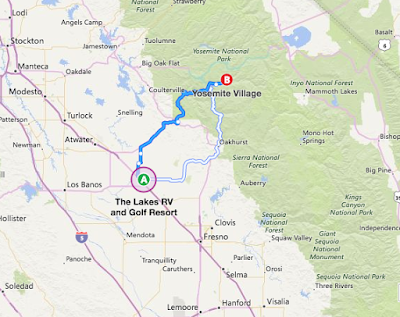 As you can see, it was about a two hour trip one-way from our campground.  But still very doable.  Turns out nephew Nate and his family were in the Lower Pines Campground for a week with friends.  They were staying at the Lower Pines Campground.  We wanted to see them early in the day before they got out and about on their hikes and such so we left our campground before 6 AM.

Like many other National Parks, we wanted to take a picture of the entrance sign.  Then it was quite a few miles down the road before the scenic views started. 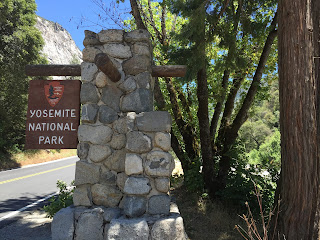 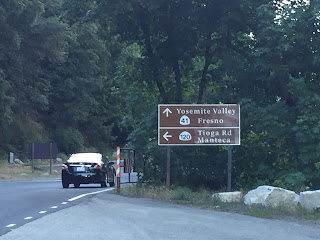 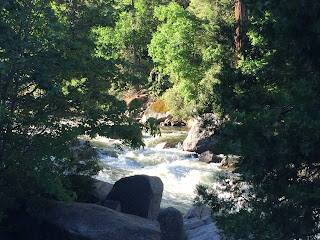 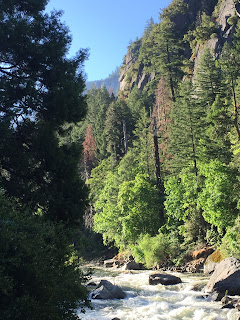 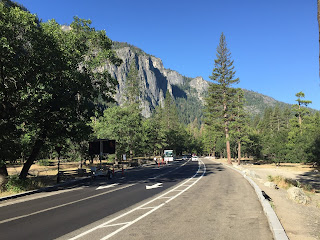 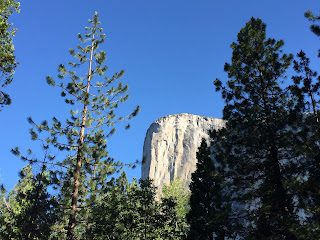 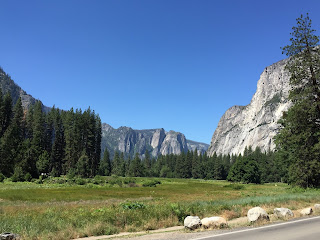 One of the beautiful meadows along the way into Yosemite Valley. 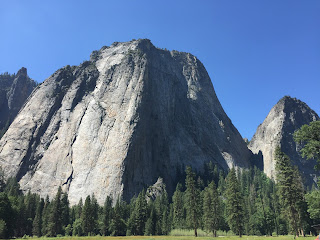 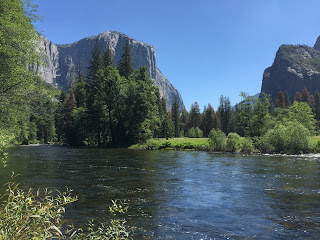 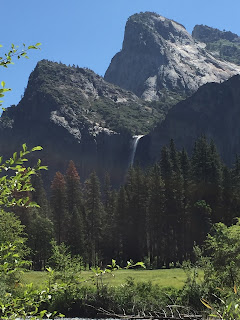 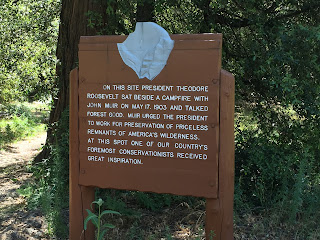 Thought this was pretty interesting.  A sign signalling the spot where John Muir and Teddy Roosevelt had a chat back in 1903.  You have to imagine that some of the trees are young ones and may have not been here back then. 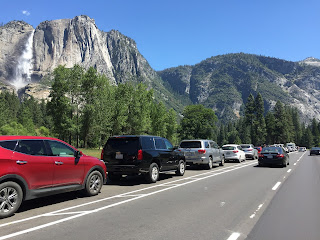 It was a little crowded at some of the pull outs but not too crazy.  Most people were slowly making their way through the park and glad to let you pull in or out and were friendly folks.  I think some of the majesty and awe of these places makes everyone a bit more congenial and courteous. ? 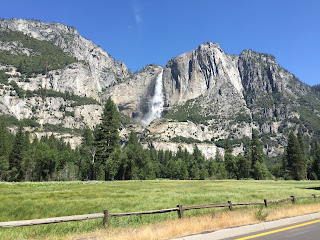 More Beautiful Falls - this was very unusual at the beginning of summer to have such a strong flow off the mountain.  Usually it is drying up quite a bit by now. 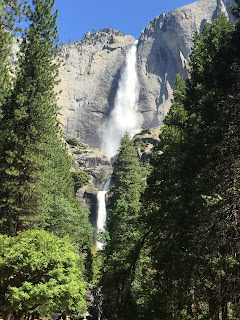 Here's a group photo about noon at Nate and Angela's campground with daughter Aubry.  Son Jacob was off riding bikes with his buds in the campground. Angela's parents were there at a nearby Bed and Breakfast and stopped by.  Great timing! 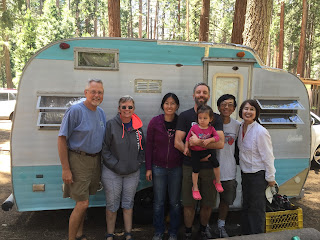 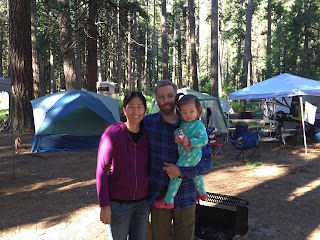 We continued on our drive through Yosemite Valley and stopped for more pictures. 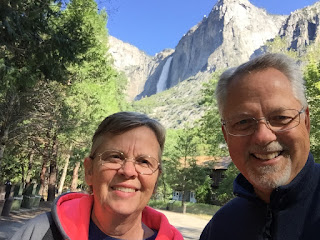 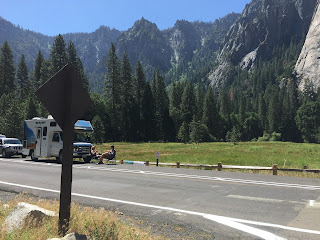 Lots of pull outs and parking along the way to see the meadows and mountains in the background. 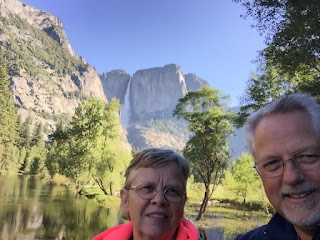 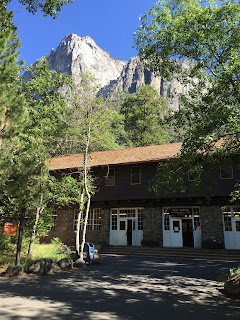 Before we left, we made it over to the Visitor Center and checked it out.  It had an informative video -- this one was on bears.  In the 1930's they used to encourage bears to eat trash and humans food.  They stopped that in the 1940's and have seen a resurgence and healthy population of 'normal' bears as a result.  Now, folks keep their food at the campsites put away in the bear locker. 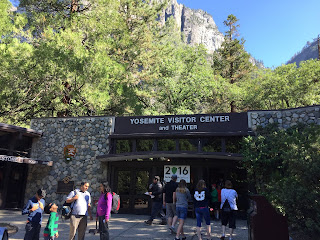 Even the exit out of the valley was full of wonderful scenery and the Merced River flowing. 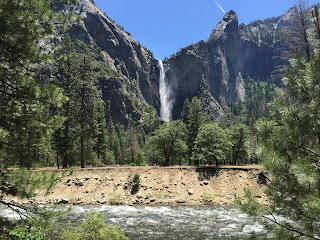 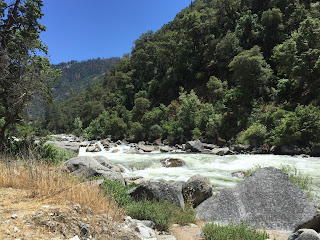 There is no way a person could see Yosemite in a day.  It is definitely worth a longer stay at some point.  Lots of hiking and more beautiful scenery to be had.

Posted by Roadrunner Chronicles at 5:35 AM