Yesterday we took a day trip from our campground near Hudson FL, went to the Valspar PGA Championship in Palm Harbor and then stopped by to check out some things in Tarpon Springs. 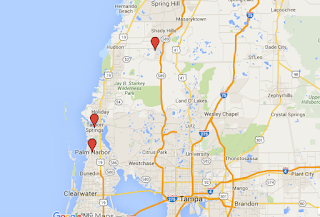 First our campground.
We heard about the Word of Life Campground from our friends Bob and Patty and talked to a couple about it at a booth at the Tampa RV show in January.

This winter we decided we wanted to see more of Florida in places we have never been so this also fit the bill.
It's a nice campground with full hook ups.  Concrete pads are nice also. 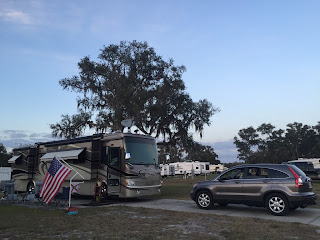 It has nice facilities too, but most of all -- these folks are friendly!  We are going to like our week here!

As shown on the map, Palm Harbor is only about 40 miles from here and we were able to get tickets to go see the first round of the PGA tournament there. 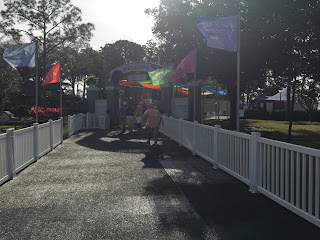 It was very well organized, parking was closeby and the shuttle bus dropped us off right near the vendor tents and the 18th green.

It was fairly early on the first day of the tournament and we were able to get good seats on a number of holes. 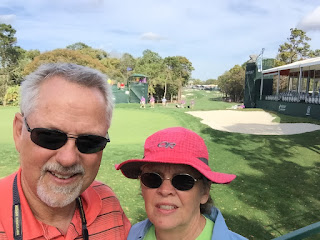 On the 17th green we got to see Steve Stricker (red shirt) who is one of our favorites. 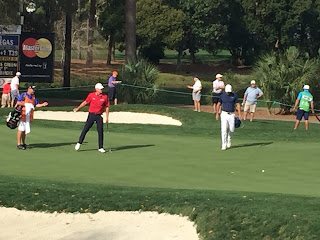 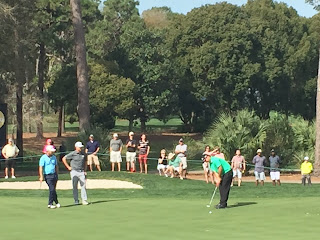 One of the best things about the tournament was how well military veterans were treated.  The PGA has a program called 'Birdies for Braves' which essentially means, vets get into the tournament free.  They also are provided food and beverages at the pavilion set up for the military. 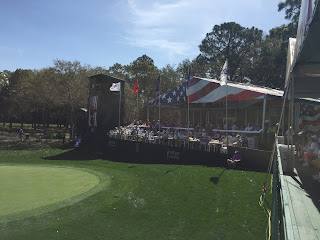 At this event, the pavilion was set up behind the 16th green.  It was awesome.  Chick-Fil-A provided sack lunches and cokes and ice cream.  It was a very nice thing to do and there were lots of vets that took advantage of it.  The local charities chip in and pay for it which is very nice.  At this tournament, Pinch-A-Penny pools and spas was a major sponsor. 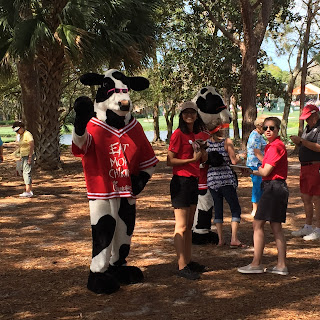 There were a lot of Chick-Fil-A employees there to make it happen including a couple of the mascots.

We typically don't stay the entire day at these events, so after lunch when the afternoon groups groups teed off, we called it a day and made our way back home.

Along the way, we wanted to make a quick stop in Tarpon Springs.  We took a short drive through town and went over to the Sponge Docks.  Interesting tourist town with a small museum. 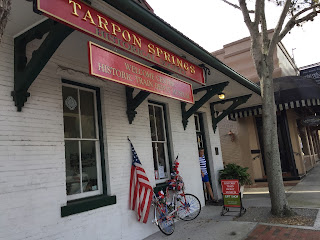 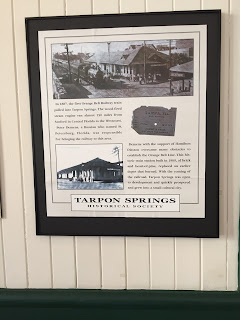 The most noteworthy thing about Tarpon Springs is the large Greek contingent there that began with 5,000 sponge divers that came from Greece.  I read that Tarpon Springs at one time had the largest group of Greek Americans in the country. 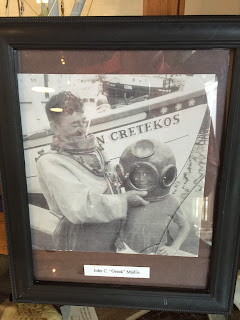 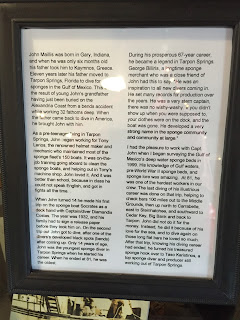 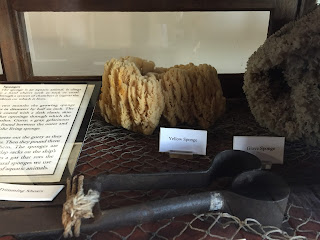 Sponge divers continue to harvest in the area and there are plenty of stores that sell natural sponges.  I remember seeing some sponges for sale in Key West but I think this area still has a large sponging industry. 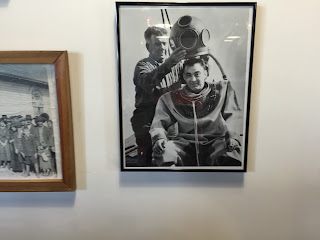 It was a busy day in the Sun Coast area but we enjoyed it and learned a lot.  We saw some good golf and some extraordinary kindness dealt out to vets.