One of the interesting things of Key West is that there are lots of roosters and chickens running around the island.  It is part of the history and culture and quite unique.  They seem to mind there own business and go where ever they want.  And they all over the city.

Apparently these chickens have been on the island over 150 years.  And their numbers grew in the 1950's when the Cuban population in Key West was at its highest.  Among other things, the roosters were bred for cockfighting but that was outlawed in the 1970's.

The chickens now roam the island freely and are good for a double take or a picture... 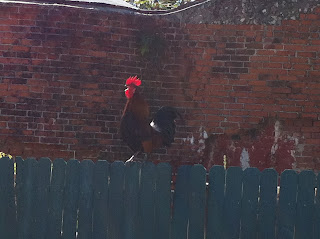 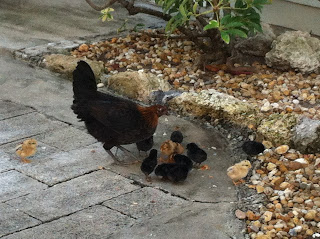 Plus a hen and her chicks 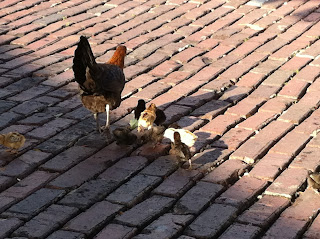 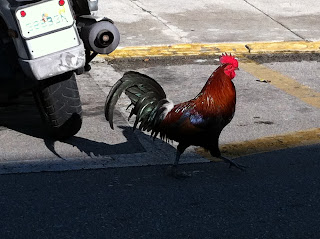 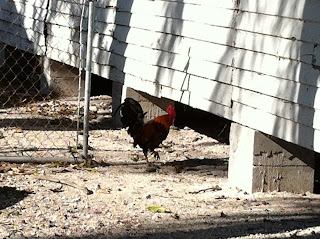 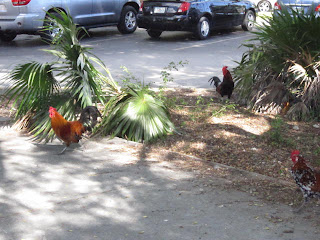 Here are some in the bushes 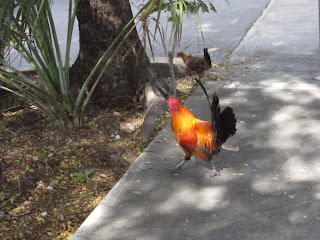 Look at those colors! 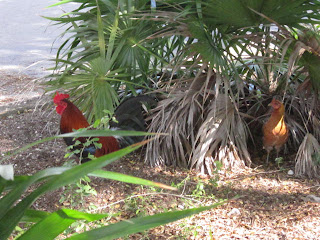 Three in the bush..
Roosters are one of the many colorful attractions here in Key West.  We have been here over six weeks and have another week to go before it will be time to move on.
Thanks for joining us today on the Roadrunner Chronicles!  Until next time...
Posted by Roadrunner Chronicles at 7:27 PM