We arrived in Santa Fe on Saturday and found a spot at the Rodeo Grounds. There are nine of us Care-A-Vanners on this Habitat build. 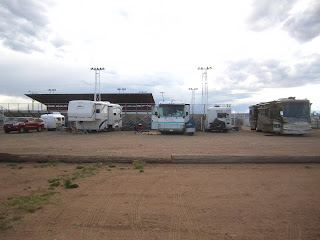 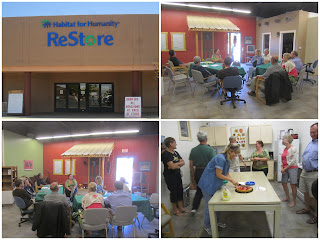 We had a reception and orientation meeting on Monday night at the Habitat Office on Cerrillos Road in Santa Fe.  Karen, the Volunteer Coordinator also arranged to have dinner for us.  She gave us a little background on Habitat and the work in Santa Fe, and Bruce, the construction manager also spoke.  It was a great way to kick-off the two week stay for our Care-A-Vanners group.

The local affiliate here has a Womens Build going on, so they were glad to get our more four ladies working on that house.  They had to haul the 4 x 8 sheets of OSB up onto the top of the rafters before they could start nailing it down. 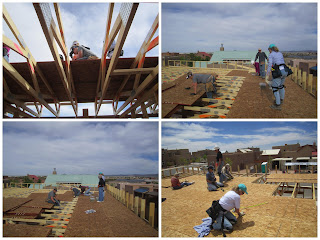 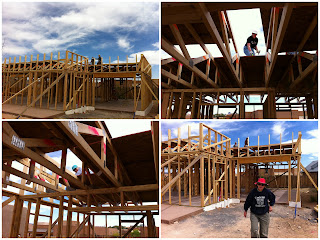 Meanwhile, the guys split up and worked on a punchlist at a group of Habitat Houses that were getting finished up.  Those houses were about 3 or 4 miles away.  Both neighborhoods are off Airport Road not far from Santa Fe Country Club. 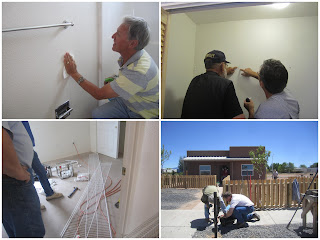 Some of the jobs we have done are putting in towel racks and bathroom accessories, hanging shelves and putting in a mailbox.
We also put in an irrigation drip system at three houses for the trees, shrubs and plants. 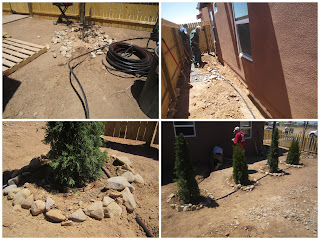 A tree was planted but the root bulb wasn't low enough, so we had to dig the hole deeper.  We usually take a break in the morning and may or may not in the afternoon. 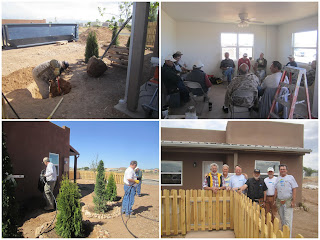 Some of the jobs we have done are putting in shelving, hanging bathroom towel racks, putting in a mailbox and we also put in an irrigation drip system at three houses.

As I was re-reading this, it occurred to me that the ladies are doing the heavy lifting and hardest work but...

And then there is lunch.  Everyone gets together for lunch which had been provided by local volunteers. That is VERY nice.  We have had homemade enchilada casserole, tamales and pizza so far. 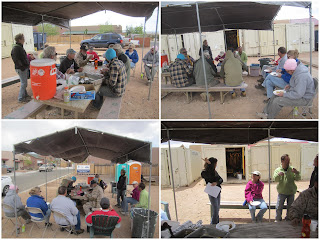 Yesterday, the guys joined the women over at the other build site.  The ladies continued on the Women Build, the men went down the street to the 'open build' where all the other volunteers worked. 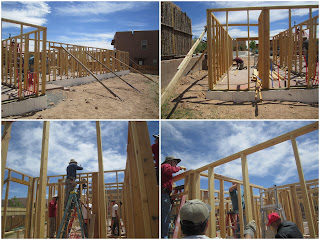 We have had a great time with this group. 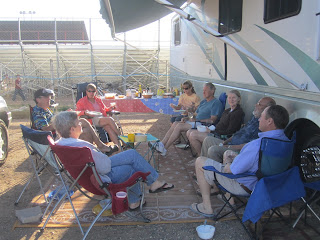 We all enjoy each other and have gotten together for early morning coffee and had dinner together a couple of times.

On Wednesday night, a bunch of trailers showed up, unloaded about 20 horses and then had a little 4-H/Santa Fe Barrel Racers competition. 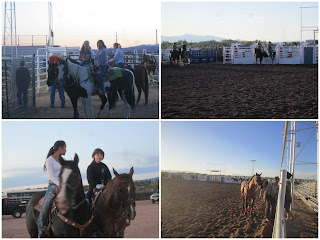 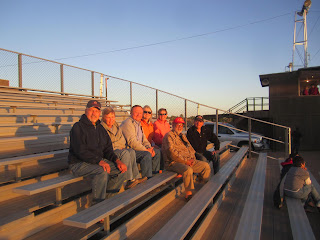 I think my first experience was in the late 1960's in this very rodeo grounds where my brother and I sold cotton candy during the annual Rodeo de Santa Fe which is held in July every year.  Our old neighborhood is about 1 1/2 miles from here.

It has been a fun week and we look forward to a nice weekend and our second week of Habitat. 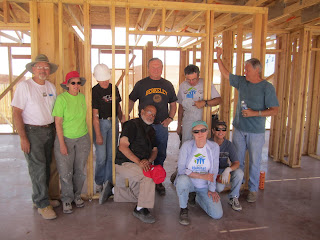 Thanks for joining us on the Roadrunner Chronicles!  And thanks for those comments, we always appreciate them.

Until next time...
Posted by Roadrunner Chronicles at 9:15 AM