First we want to say Welcome! to our latest Follower:

La Louvre
Thanks for joining us!

--------------------------
We waited until after noon to get into the Service Bay to check out our sagging tanks.  We were willing to stay a couple of days more to get them fixed if they needed it.  The basement floorboard under the tanks is starting to bulge a little.  We were concerned that the wood was rotting and wanted to be sure we were ok. 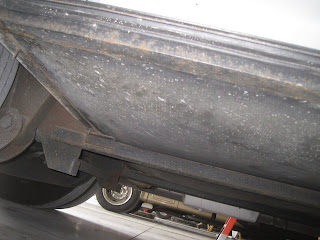 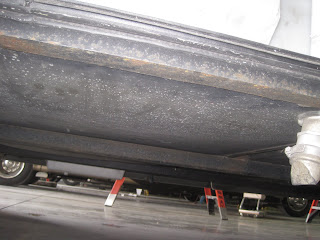 Pete, David and Craig all agreed they were in good shape and we were in no danger.  There was no evidence of leaking or any wet plywood.  We have a 6 year warranty on them so we can check them again next time we are in Red Bay.

That was a 15 minute check and it was approaching 1:00PM.  We decided leave Red Bay for Destin FL where we had reservations at the Destin Army Recreation Area.  It was a long but good drive and fun until about 9:00 PM.  We called ahead and let them know it would be after 8:00 PM before we arrived.  They said it was no problem - they were open until 10:00 PM.

We debated whether or not to stop at the state line/Florida Visitor's Center and go in first thing on Thursday morning.  But we decided to continue on and passed a lot of deer along the highway.  That was a bit unnerving as we got into the Niceville/Eglin AFB area off I-10.

So after 16 months on the road~ we became 'one of those guys'.  I always wondered what the big deal was that would make someone travel late at night and why they would want to arrive in the dark and set up in the dark?
We have seen it many times and commented, "Not for us!"...  Ha!
But I doubt we will do it again.  We'll see.

We got to Destin and missed our turn onto Benning Drive.  We turned around, went back and arrived at the gate at 10:20 PM.  Pressing to get there and seeing lots of deer by the roadside ~ that was the no fun part.  We were very glad to see someone in the registration office!  She could not have been nicer and more helpful!

We are pretty excited to be here.  This is one of the best kept secrets in the Army/Navy/Air Force/Marine MWR (Morale, Recreation, Welfare) system! 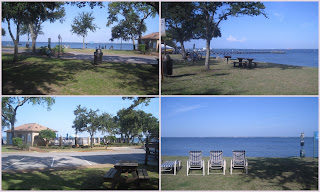 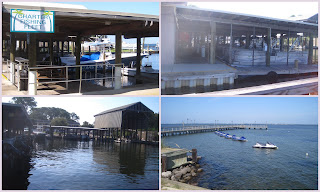 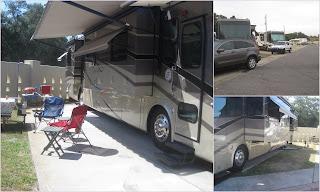 We had not heard of it but it has been here for 30+ years.  It is open to active duty military, military retirees and DoD civilians.  Our site is costing $19/night.

Thursday was a day of exploring.  Pam and I met down the road at Fort Walton Beach in 1978.  We were both in the USAF stationed at Hurlburt Field.  We came back and visited with our kids in the early 1990's and haven't been back since then.  We were anxious to drive around to see what's changed.

Wow!  Fort Walton Beach and Hurlburt Field have changed a LOT since we were last here 16 or 17 years ago.  The base has grown to be a huge place now.  It is the home of the Air Force Special Operations Command (AFSOC).  In the late 1970's it seemed the base was a sleep hollow type of place. Now it is booming!  We did not recognize most of the buildings on base.  It has really come of age.

Later, in FWB, we went by our first apartment.  It is now a condominium and it was nice to see it is still well maintained. 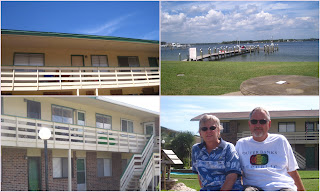 We also went to the beach on Santa Rosa Island.  This area has the arguably the whitest beaches in the world.  We have never seen anything like them.  We would come here often. 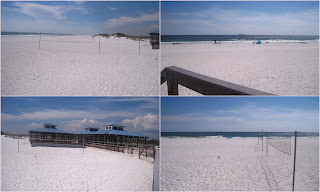 After living her in the late 1970's these beaches became the standard by which we have measured all others.  Nothing like them!  There is absolutely no evidence of oil or remnants of the tragic oil spill in the Gulf.  None.  Nada.

Before the end of the day, we had time to go back to the campground pool and enjoy that for a while. 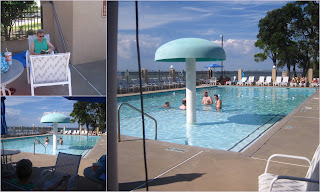 After dinner, we went down by the water again and watched the birds and water and the stars in the sky. 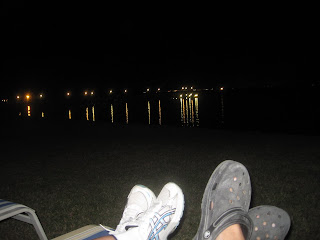 The campground is about 2 miles from the gulf side of the beach and located on the water of the Choctawhatchee Bay on the Florida Panhandle and the Emerald Coast.  We are off to a great start here in Destin and loving the high 80 degree temps.  The soft balmy breezes are what we have been looking forward to.