The trip from Destin, FL to Maynardville, TN on Saturday looked like one of those "too much driving for one day trips".   Google maps indicated it was 533 miles and over 9 hours.  We learned our lesson last time ~ we don't want to arrive late at night again. 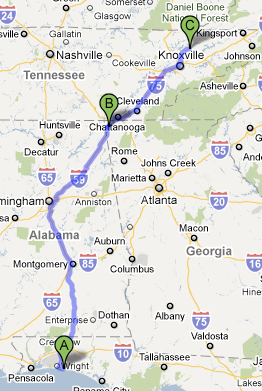 We started out about 9:00 AM and drove to Georgia, the northwestern most part of Georgia, just outside of Chattanoga, TN.  By late afternoon, it had turned into a rainy-slow-driving kind of day.  After about 8 hours, we stopped at the KOA a couple of miles off the highway outside of Chattanooga .  We decided we wanted hookups for the night so we could run the air conditioner instead of firing up the generator. 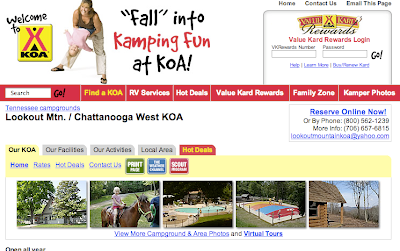 We ended up at Trenton, GA about an hour outside of Chattagnooga and the drive was uneventful except for some of the back roads that Pam was navigating us through. 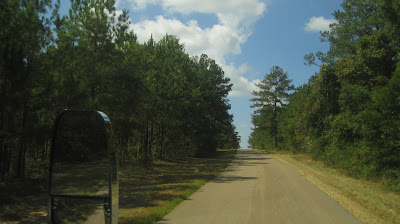 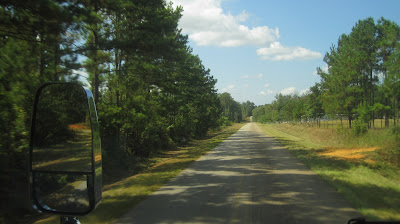 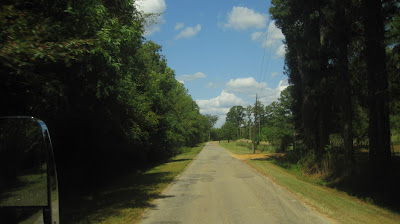 Yikes!  We like seeing the country...but I thought these narrow country roads were a little scary...they didn't even have a visible line down the middle of the road.  And they were narrow roads!  Good thing this stretch only lasted 6 or 7 miles until we got to the interstate.
Once we got to Joan and Mike's place in Maynardville, we saw the guys were working on the new barn that Justin (next door neighbor) will use for his car repair business.  He is an expert mechanic and decided he needed a good workshop.  The building is going us piece by piece. 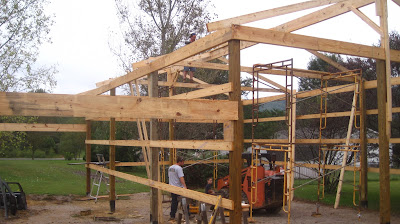 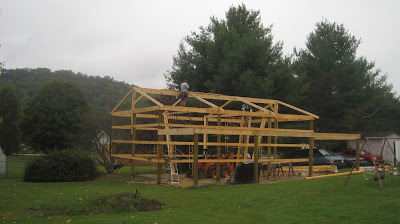 They have been making good progress from when they started a few weeks ago.
Last time we were in town, we went to the local furniture store in Halls, TN and bought a new recliner.  The one we had (on the right) I never really got used to so we decided to replace it.  The new Lazy Boy (Pinnacle model) is great and a little smaller. 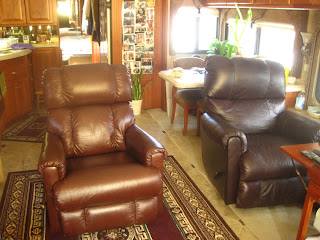 In some ways, you could say we 'downsized' a bit.  The darker recliner is a little bigger than the new Lazy Boy. You can see the old dining table behind the dark recliner.  While we were in Red Bay we had the table removed and we put the table in the foreground (in the right corner of the picture) back were the corian table was.  Now we have more room and like the way things are.
Yesterday we made the rounds:  we drove out to see Pam and Joan's dad, then we decided to go by and see their brother Steve who works at Fox Toyota in Clinton, and then we went to Norris to see their mom.
After that we got started on a couple of upgrade projects at home.  Pam painted some shelves we built and then we cleaned out a large closet where were we build more shelves.
That is about it for this edition.  Thanks for viewing the Roadrunner Chronicles!  Followers always welcome--and thanks so much for your many comments.  Keep them coming!
Posted by Roadrunner Chronicles at 8:06 AM