Roadrunner Reflections: How We Sold It - Part 1

This is the first of three parts describing how we came to the decision and went through the process of selling our motorhome - The Roadrunner:

Here’s how we broached the subject in the first place: 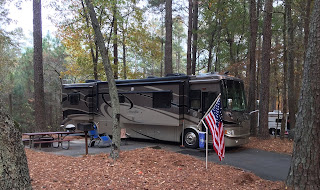 We sold the Roadrunner in February and I wanted to remember as much as I could about it all.  We started talking about the possibility over the 4th of July weekend about seven months before we sold it.  And it kind of happened...I don’t think we intended to end up there that evening but we did.  We are glad we did...it was the right time for us...and now we have some fantastic memories and stories to tell.  Like this one.

Since the time when we handed over the keys, we’ve been in touch with the new owners (Mike and Joan)  a few times. Apparently it is still running great.  We will keep our fingers crossed. We are thankful for what we’ve heard so far.  I asked if we could tell the story of how it all happened with the new buyer(s) and have their permission to do so.

If you'd have told me that we'd find a buyer in Germany, who wanted to put the Roadrunner in storage for three months, and then drive it to Alaska, I'd say that scenario was a little far fetched.
Read on.

It all started with a conversation.
We opened the door of possibility one evening during 4th of July (2018) weekend.  That is the first time that Pam and I remember seriously mentioning getting off the road. I suspect we had both been thinking about it for some time before we actually talked.  It is one thing to wonder about a possibility and quite another to say it out loud.  Part of me was questioning whether I was alone in thinking about it and another part was I was guessing Pam was ready to consider it.

I will never forget that evening. We were enjoying our time at a campground near Williamsburg, VA when we pulled out the camp chairs after dinner and just talked.  And then it kind of crept out and one of us asked if it was getting near the time to start thinking about getting a place in Virginia Beach.

Once those words seeped out, I knew things were going to change.We both basically said, "I think so... but maybe not just yet."  We then brainstormed about what it might look like for us to do that.  I remember saying,  "I would be sad if we sold the Roadrunner and completely quit RVing.”

We both agreed the wonder (see what I did there?) of this 10 year adventure has been a highlight in our lives and we'd hate to completely close the book on RV camping.  We love it too much.  We look forward to the day when we can take our grandkids and their folks with us on camping trips.

We talked about getting a smaller, used RV and continuing to travel.  We talked about the pros and cons and thought perhaps we’d sell the big unit and get a much smaller RV.  Maybe a Class C or a travel trailer could be our next RV.

Then I thought about how much money we could save if we tent camped again instead of getting an RV.  The possibilities were growing and it was fun to just dream and brainstorm and talk for a while. It was reminiscent of what we’d done the couple of years before we started full-timing.

After going down the path of tent camping fees and all the new amenities and camping gear available today for tent campers, we came to the realization our aging bodies might not comfortable with that.  "What about the middle of the night when we get up and have to pee?"  Hmm.  No problem for me...but I knew we didn't want to set ourselves up to be trotting off to the bathhouse a few times in the middle of the night.  So that idea went to the back burner.

We realized we didn’t have to solidify any plans then but I think we settled on the notion of the Class C.  We weren't ready for a travel trailer and liked the idea of learning about Class C's.  At any rate, this was a major milestone and the horse was now out of the barn.  Our time together that night gave us a new direction and some thoughts to ponder about our future.

Our last summer on the road.
After Williamsburg, we were headed off to for another adventure to the Northeast for the rest of the summer.  Our destination was Acadia National Park by way of Pennsylvania, Vermont, Connecticut. We had been once before, but it's one of those places you can visit many times and never get tired of. This time, we wanted to see as many state capitols (New York, Rhode Island, Massachusetts, Connecticut, Maine) as possible and also to reconnect with friends along the way. 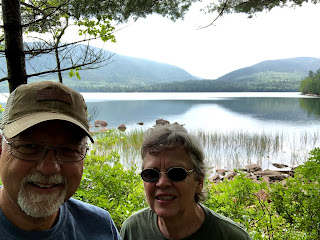 We did that plus got to know New York a little bit better. We especially liked seeing West Point again, the Hudson River Valley and western New York. I remember how much I loved the sights in the Hudson River Valley.  It was new to us and there are all kinds of things to see in the way of National Parks (FDR) and museums.  We also loved our time in the Finger Lakes area seeing Watkins Glen and Seneca Lake. We loved the scenery and learning about a state we knew little about.

Throughout the late summer we had more conversations about selling the motorhome and thought it would be good timing to sell in the spring.

More about that, in the next edition, but for now I want to wrap it up. Stay tuned in the days ahead for  Part 2 -“The German Connection”, as we continue telling the story of how we sold the Roadrunner.

Posted by Roadrunner Chronicles at 4:15 PM