Checking Out the Tidewater RV Show

I’ve been looking forward to the Tidewater RV Show for some time.  A few months ago a friend said he envied the lifestyle we used to have in the Roadrunner and said he wanted to go with me next time it came to town. 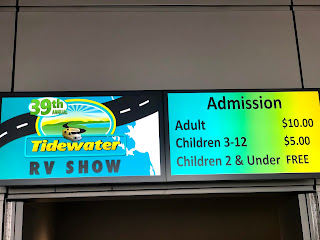 It didn’t work out for him and me, and the Brooks and Harrison were coming over for a few minutes to check out Pam’s garden.  I thought about having them join me but Harry was getting over a cold, so I knew his stamina would not be able to withstand the rigors of traipsing around the RV show.  The option with grandma and her garden was better so they did that while I ventured down to the Virginia Beach Convention Center on my own.

It was a short but memorable time!  Amazing what can happen in a couple of hours.  Would you believe I bought an RV.....?

Naw -- didn’t think so.  I know better than that.  Actually I wasn’t really tempted, but one of the of the things I wanted to do was to see what was new and maybe find something that might fit our needs down the road.  I think we are currently looking at a trailer to pull behind our F-150. 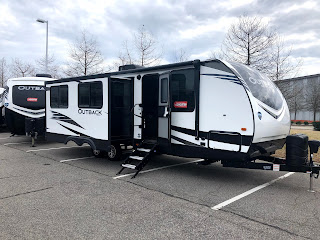 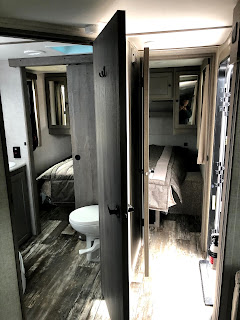 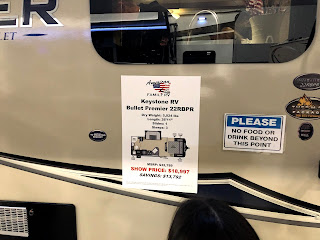 They had some overflow RVs parked outside near where I was parked so I wander over there first.  I like the feature of this trailer that had a small door on each side of the bed.  I am an early riser, so I like the idea of getting up and closing off the bedroom so I don’t wake Pam.

I took a quick look at a couple of other ones but was anxious to see what was going on inside.

Next I went inside paid my $9.00 ($1 off for a military discount) and set out looking around.  I’ve done this more times than I can count and wandered up and down a few aisles looking at things.  Nothing in particular sparked any excitement.

I see more and more tiny RVs that are very small which have a basic double bed and that is about it.  I don’t quite get it.  Looks to me like an expensive hard shell / tent type of a deal.  But I guess they must be selling or they would not be making them.  There are all kinds of ways to do the RV thing.

RV shows are also great places to see the unusual and find some interesting items.  I signed up for a chance to win $100 and $500 at a few places knowing I can ‘Unsubscribe’ pretty quickly.  I passed a tent arrangement on the back bed of a Ford  F-150 and had a nice chat with the sales person there.  Plus I picked up a nice roll-up throw blanket I can put in my truck.

After about an hour or so I made my way along the back wall and talked with some more vendors.  One handed me some personal products and talked about reducing chemicals on the planet. Reminded me of Norwex products.  Our daughter Kelly and good friend Hillary sells those products.

The booth belonged to Dana McKee with whom I talked for a few minutes.  Turns out she is 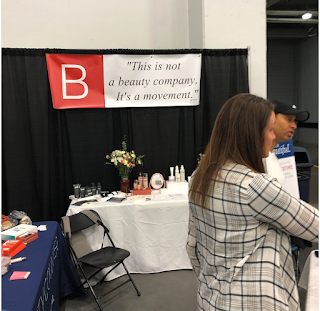 advocating for safer laws in DC to get safer personal care products on the market.  Her website is
beautycounter.com/danamckee.

As we talked, I found out she is also a John Maxwell certified speaker.

Another thing I found out was that she plays a key role in the RV show and is the contact person for vendors to get space at the show.  The more we talked, I decided I very well may have a table at next year’s show to promote one or two volumes of my upcoming book 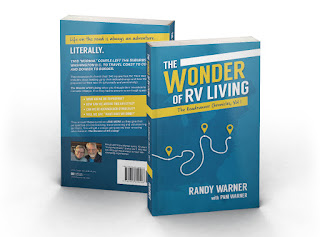 I was telling Dana how much we like Dodd RV and have been to their stores many times over the years.  I think last year when we were talking of downsizing while we were in Williamsburg, we found their store in Yorktown and visited there looking at Class C’s. 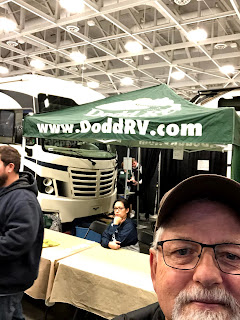 I said we are fans of Dodd’s RV (who sponsored the RV show for the 39th consecutive year) and Dana suggested I talk with with Susie Dodd, who is the manager of the entire show.  I met her and learned more.

After that, I found some items for the boys and headed home.  I scored pretty well with the boys who tried on some sunglasses I picked up. 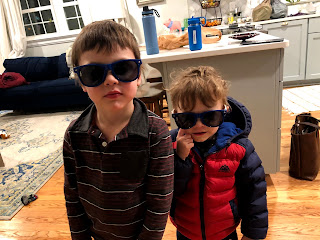 It was fun to go to the RV show and I met some interesting people and got some good ideas for our next RV.  It was time well spent!