Mooch-Docking at Bob and Patty's

Now and then, you meet people in Moss Point, Mississippi that become friends. Before you know it, you reconnect years later in Dunedin, FL and end up parking your motorhome in their driveway for a couple of days.

That's basically what happened with us and our friends Bob and Patty.  We first met volunteering at a NOMADS Disaster Relief site in January 2011.  And then we met up again in Florida in January 2012.   A few months ago, after we posted our travel schedule for our NorthEast Trip, Patty got in touch and we made a plan to see them.  They live in Warren, PA and we could not find a campground close by.  They were generous enough to invite us to park on their property.  So we did! 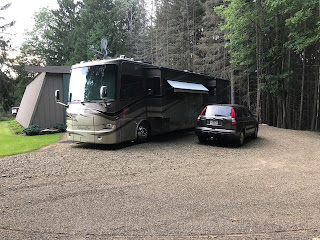 I first heard the term "mooch-docking" used by Howard Payne of RV-Dreams.com

We arrived in the early afternoon at Bob and Patty's and got set up.  They have enough room along side and in front of the workshop for us to maneuver a little bit.  That allowed us to get a good satellite TV signal.  With electric and water, we were all settled in.  Once that was done, we wandered over to their home and got a tour.  Patty keeps their very large A-frame Spic and Span clean.  It is immaculate!  They have a beautiful A-Frame that Bob built years ago.  But it looks like is less than five years old.  It's really a nice place.

We enjoyed hours on their deck reminiscing and hearing about their stories on the road.  They full-timed for over 8 years. 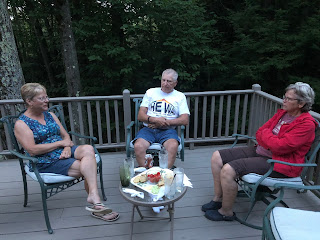 The next day, they took us on a tour to see the area.  We stopped first at Kinzua Viaduct (or Kinzua Bridge) that spanned Kinzua Creek and was 301 feet high and over 2,000 ft long. 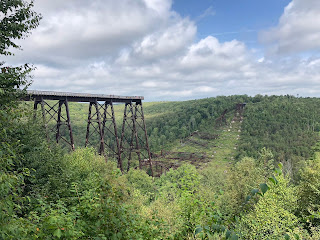 It was built in 1882 to move coal from the mines to northern NY cities on the more popular railroad line.  It was originally built out of wrought iron and completed in 94 days and dubbed the "Eight Wonder of the World" at the time.  In 1900, it was disassembled and rebuilt using steel to carry heavy trains and cargo over the deep divide.

Tragedy struck in 2003 when a tornado struck and wreaked havoc. Ironically, the bridge was in the process of being upgraded in 2002 because it was showing wear.  They just didn't get the job done in time.

The bridge is owned by the State now and is a popular park with a good sized new Visitor Center. 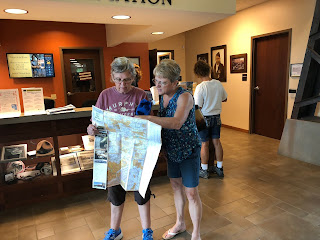 It has a description of the history and decline of the bridge leading up to the destructive tornado.  An overlook is where the old train tracks were, going out to the farthest point. 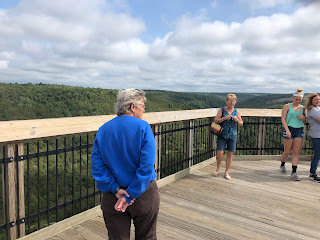 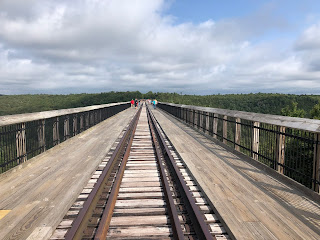 Next, we headed to a local spot for lunch.  It had some interesting displays on the wall. 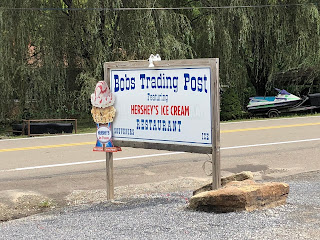 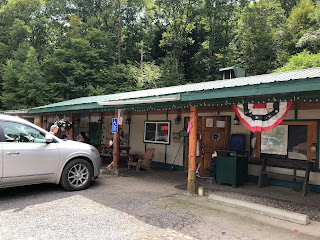 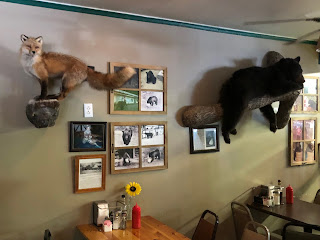 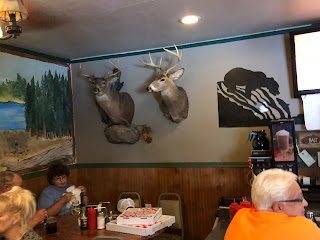 We had more time and made a couple more stops.  The first one was at Kinzua Dam.  Many times we see places and have no idea what the name means.  I assumed "Kinzua" was an Indian name but more than that, it is Seneca for "Place of many big fishes". 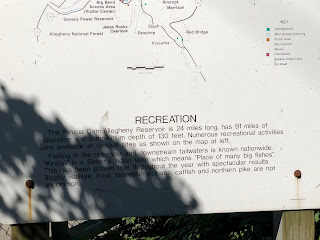 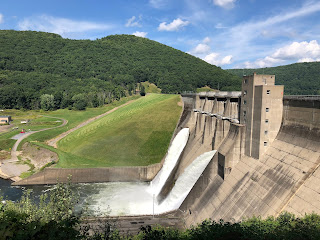 Our next stop was Rimrock which had a pretty great view overlooking the Allegheny Reservoir. 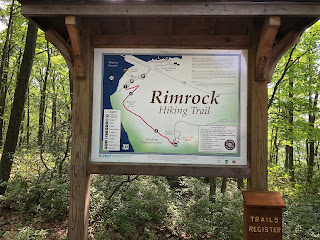 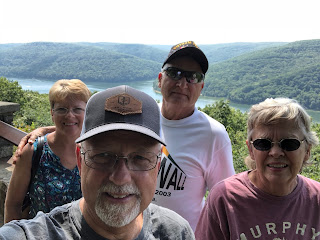 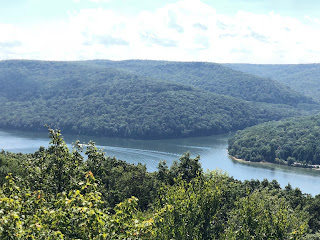 After our full day, we went back to Bob and Patty's place and chilled out for a while.  We had such a big lunch, we only had some snacks in the evening.  We had a great time on their back porch again enjoying one another's company and talking.  It was a beautiful evening and after a brief shower, it was quiet in the woods and we could only hear the birds, watch the deer and talk.

Our time with Bob and Patty was too brief, but we were able to make it count in our short visit with them.   We look forward to seeing our friends again.  We are so glad this lifestyle allows us to catch up with folks like these.

Posted by Roadrunner Chronicles at 3:37 PM