Yesterday was the second day on our Care-A-Vanner build with the Capitol Region (East Lansing and Williamston) area Habitat for Humanity affilliate.

We have 10 Care-A-Vanners on site and we were joining another four groups of volunteers to work on two projects on older homes as well as a new construction effort.  Here is a look at some of the work we were involved with: 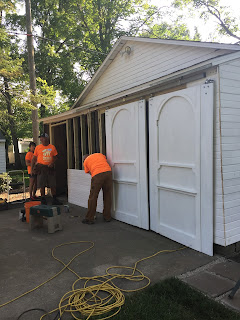 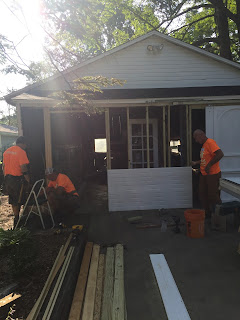 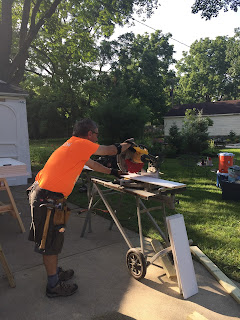 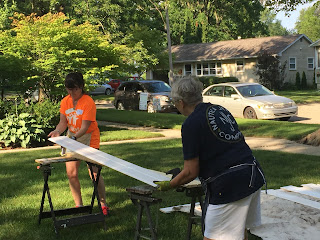 Joel and Teri worked on this two day project with local volunteer Tom.  They removed the front face of the garage which had lots of wood rot and damaged studs.  They replaced the studs, trimmed out a new door frame, rebuilt the garages doors, installed the new door and returned the garage to its former glory.

Here Ron (one awesome local lead assistant construction supervisor) is discussing progress and the work with the home owners. 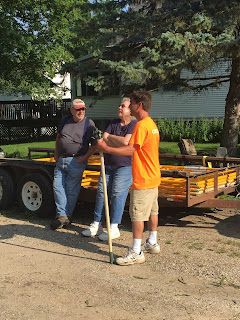 Meanwhile we had a couple of CAV teams over at the new construction site framing and raising some walls. 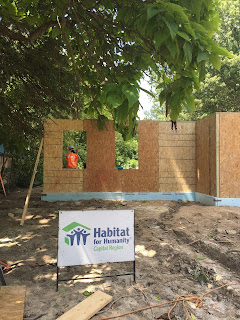 Vic and Susan along with granddaughter Chloe and friend Addy were on site as well as Terry and Dee who assisted local volunteer lead Denver on the new house. 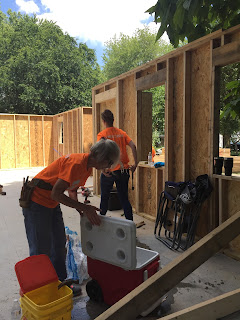 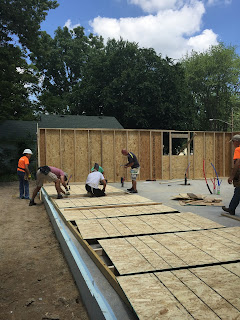 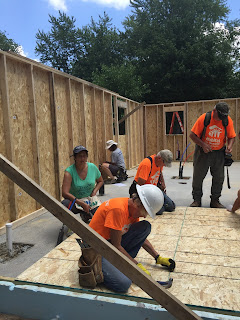 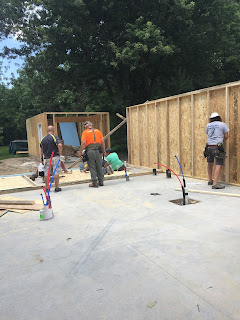 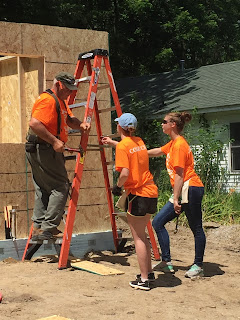 Pam and I joined local volunteer David and were involved three groups of folks from area companies and churches who painted this old house. 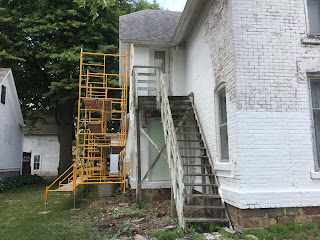 Not sure exactly how old it really is but they talked about pictures of it in the 1936 newspaper. 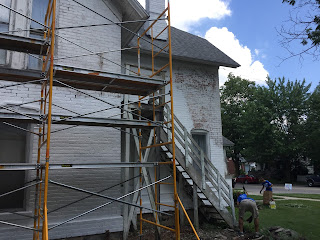 We are part of teams that are working on scraping and/or power washing the entire house and garage and then repainting the brickwork on the house and all of the garage. 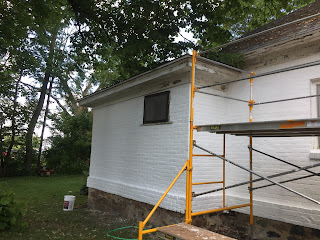 The back side of the house was coming along nicely.  We found that two coats of paint is needed and it was starting to look pretty good in places. 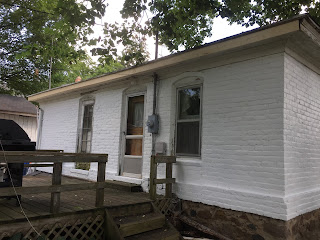 Meanwhile the garage was a little different story.  We got two coats on the front of the garage and almost all of the rest of it had one coat of paint.  A lot of work had been done on this house and garage on the first day. 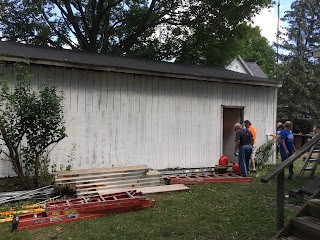 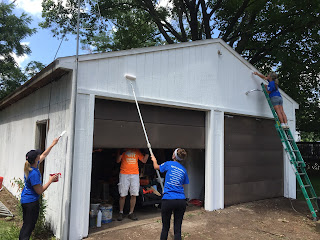 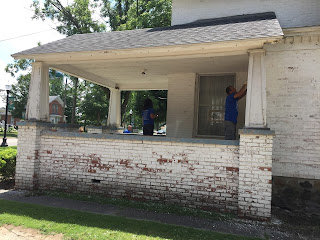 It was a lot of old fashion elbow grease with a wire brush. 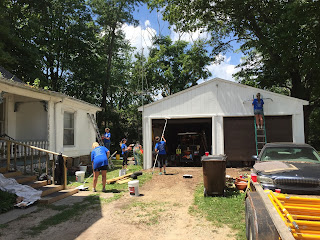 It was another great day on the job. 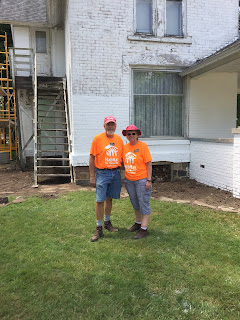 Dave was nice enough to help us grab a momento of our time at this house.

We are so impressed with the leadership here on the build.  They have really organized each projects so well!  They have materials on site for us and have really thought through the details so the volunteers can get to work.  I don't think we have lost any time waiting on tools or materials.

Plus they really know how to incorporate new volunteers into a productive work force.  Very well done by the folks at the Capitol Region Habitat for Humanity affiliate.   It creates a smooth flowing and enjoyable atmosphere so where people come out for a day to volunteer from their regular jobs, they can look back with a sense of accomplishment.