It gets to be a challenge remembering where we were for the last 6+ years on the road.  We get some of the years right --- but others don't seem to match up and we get confused...

Anyone else have that problem?
I decided it might be fun to highlight where we have been for each Thanksgiving since 2009:

2009
Our first Thanksgiving on the road we were with Brad and Sue in Fort Worth, TX.  We stayed at Benbrook Lake at the Army Corps Of Engineers campground nearby. Six months into our new lifestyle and we were loving it.  We were told we'd probably want to see everything the first year and it seems as if we were trying to do just that. 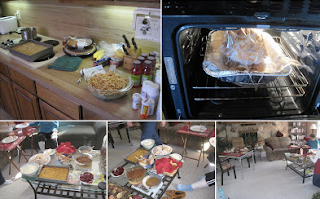 We had been as far west as Santa Fe, down to Mexico border at Nuevo Progresso, up north to Canada and the Bruce Peninsula and Lake Huron and back to Texas for Thanksgiving.

2010
Our second Thanksgiving on the road found us back in Fairfax VA.  We were able to spend time with good friends Jeff and Tiffany.  Adam was back in D.C. from India where he had volunteered for 3 months and  Kelly had landed a new job in the Virginia Beach area.

Jeff and Tiffany were very generous to include our family in theirs along with his brother and wife and son for a big Thanksgiving meal. 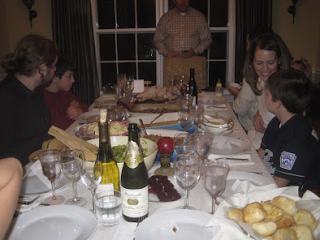 We left the Roadrunner in Virginia Beach at the Sea Mist RV Campground and drove up to Jeff and Tiffany's place and stayed with them.

2011
We were back in Virginia Beach for Thanksgiving. We were able to spend it with Adam and Kelly and her friends.  Adam drove down from DC and Kelly was living in the area. 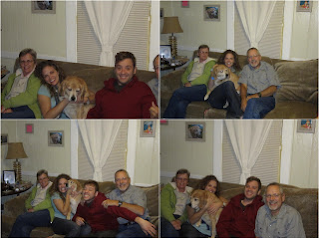 We actually cooked Adam's vegan and took it over to have the Thanksgiving meal with a bunch of Kelly's friends who were all getting together and were nice enough to include us. 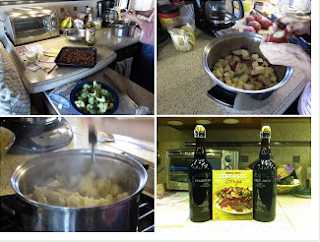 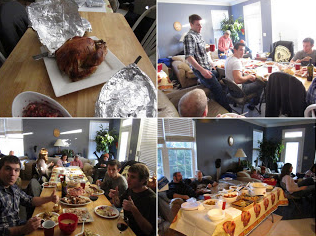 2012
This was an unusual Thanksgiving for us.  We were not near family and didn't want to join some of the people who we barely knew with their families.  So we ate turkey TV dinners after leaving our 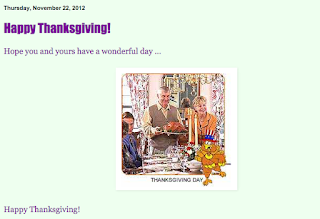 our Habitat for Humanity Build in Bowling Green FL.  We decided to head toward the Everglades and didn't even take a picture of the meal.  Our first stop in that direction was at the Big Cypress National Preserve.

2013
We were out on the West Coast that year near San Diego.  We got to spend time with nephew Rob and niece Chris.  Marty and Elena were there was were Matt, Sierra, her parents, Elena (Chris' mom) and her sister.  It was a big crowd and lots of fun. 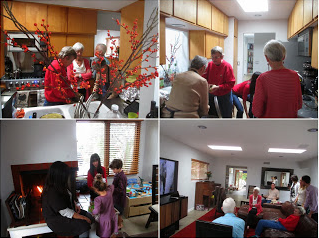 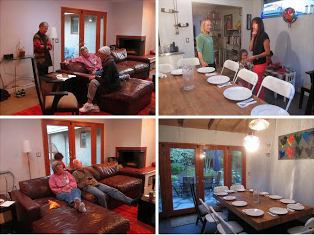 We also got to share a Thanksgiving weekend meal with cousin Kevin and wife Sue which was a real treat. 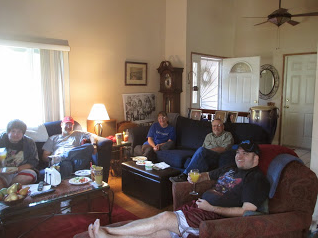 Two their four boys were home and it was nice to hangout with them and watch the Detroit Lions on TV.

2014
We were in the area after spending some time in Nashville and Murfreesboro and spent Thanksgiving with Mike and Joan.  I did not take any pictures of that event but had a blog post here. 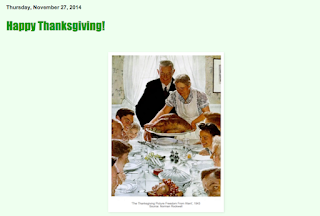 We stayed on site at their place where we have an RV pad.

2015
One happy bunch here... Don't know why I didn't stay with it to get a photo of everyone smiling and enjoying themselves? 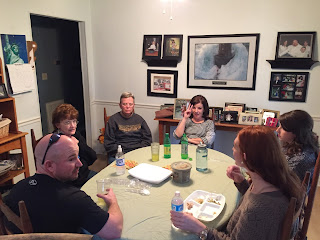 We had already eaten most of our meal and Joey and Angela came by to say hi which was nice.  More on our time there here.

So there is my recap of the places we've enjoyed Thanksgiving as full-time RVers.  Seems like the majority have been in Virginia Beach with Maynardville, TN a close second.

Wonder where we will be next year?

Thanks again for joining us on the Roadrunner Chronicles!  As always, we love reading your comments so feel free to leave some...

Posted by Roadrunner Chronicles at 4:02 PM