Habitat for Bill and Linda

The main reason we went to Pensacola was to see Linda and Bill - our longtime friends.  A bonus was being able to see one of their daughters Rebekah.  Since we knew we were going to be here for a few days I asked Bill if he had any projects we could help with.

Turns out he did and he and another friend - Adam, and I tackled cleaning out one of their storage buildings.  Bill has two storage buildings in the back of his property they've used over the years. 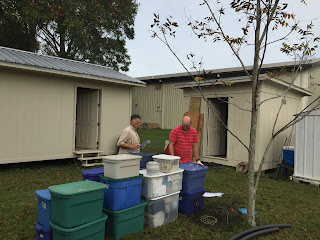 Since they have mostly been out of the country serving in Korea for the last 45 years - they had to find a place for their heirlooms and collectibles. 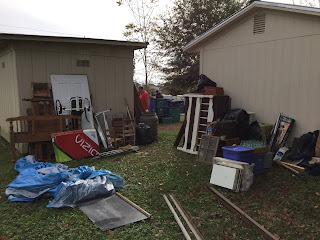 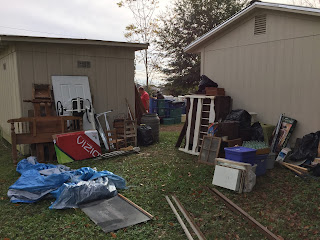 The day's task was to remove everything from the building, sort through it all and separate what needed to be throw away. 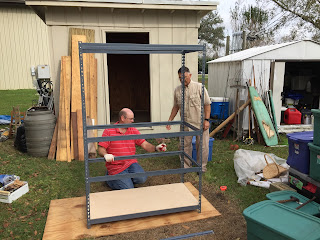 Next, put together some shelving that he picked up at Lowe's.  Then we had to organize and repack the shed.

Took us most of the day but we took a long break for a fantastic lunch Rebekah cooked for us. 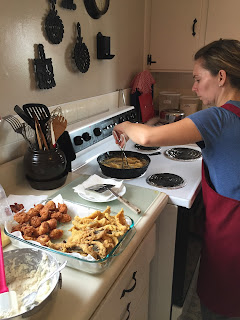 None of the tasks were too complicated, it just took time and muscles.  Thankfully we had a dolly which helped.  Linda is one of the most organized people we know and she had a lot of labels on bins on top and one of the sides.

Putting back some furniture into the empty building and stacks bins on shelves was a lot more fun. 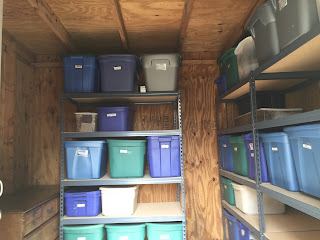 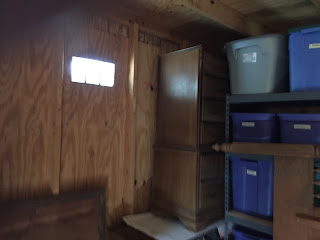 Bill threw away a lot of stuff and we carted most of it out to the front of his house where the trash collectors picked it all up the next day.

Before we finished we had plenty of room for the bins, furniture, exercise equipment and a couple of storage barrels. 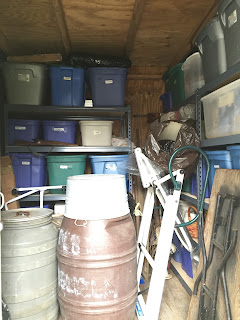 It all looked about 1000% better and we got some good exercise.  And a great meal and we had some good camaraderie.  Plus Bill got to cross off a big item on his 'To Do' list.