If you are in Albuquerque for a few days, you have to consider driving the 60 miles to Santa Fe.  "The City Different" is always a fun place to see, even if it is only for a few hours.  We arrived in time to walk around before finding some lunch.

The Plaza is always find to wander around and this time, we notice traffic was only allowed on one street.  The other three streets were closed off and it was to walk around.  We didn't have anything in particular in mind, but just took in the beautiful day. 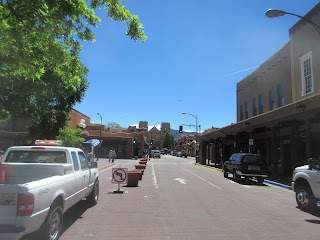 In my mind, no visit to Santa Fe is complete without walking along the Palace of the Governors and checking out the beautiful Pueblo Indian jewelry. 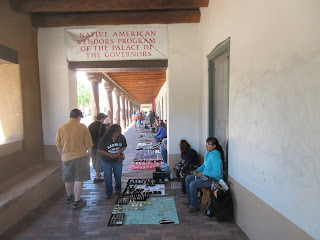 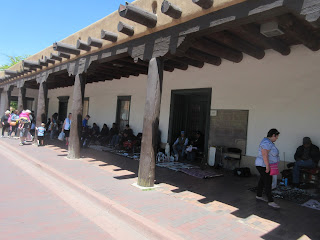 And seeing the St. Francis of Assisi Basilica never gets old. 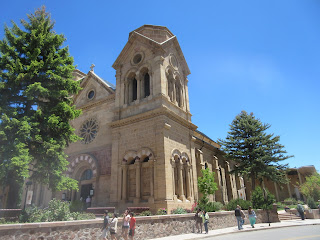 After lunch and a couple of hours in Santa Fe we headed back to Albuquerque toward the Cochiti Pueblo.  We specifically were interested in doing a short hike along the trail of the Tent Rocks National Monument.

The Bureau of Land Management (BLM) manages Tent Rocks (aka as Kasha-Katuwe "white cliffs" and has made a number of trail improvements since we last visited four years ago. 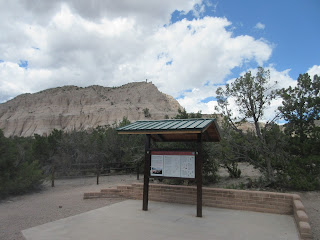 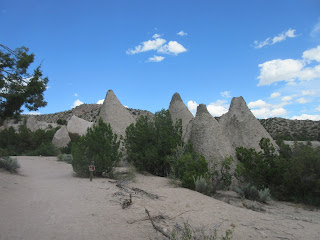 We started out on the Cave Loop Trail which was a not very elevated.  It was an easy hike along open trails. 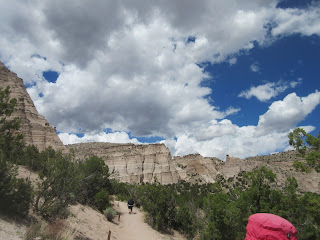 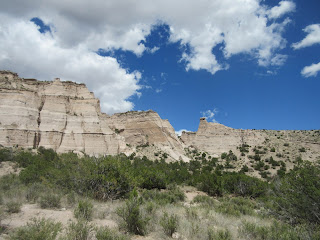 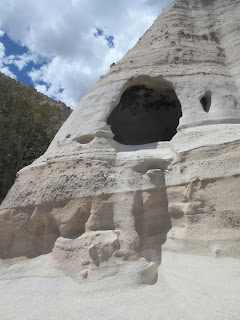 This little cave was quite interesting and made me wonder how man hundreds (thousands?) of people had used it for a season in times past.  Definitely a curiosity.

Next, it was on to the Slot Canyon Trail which we picked up at the end of the Cave Loop Trail. 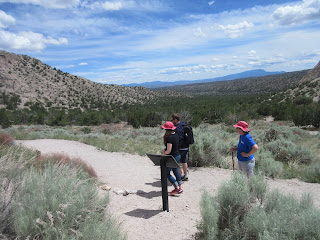 It was a bit narrow a few times.  Glad we picked an off day.  Can't imagine how long it would be during peak season with lots of people waiting their turn. 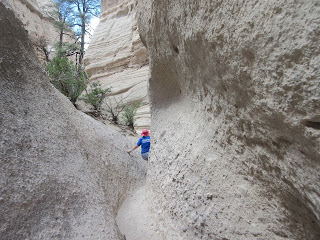 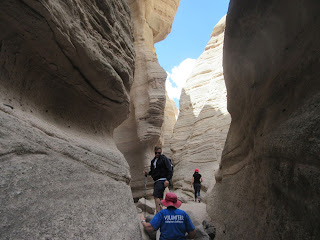 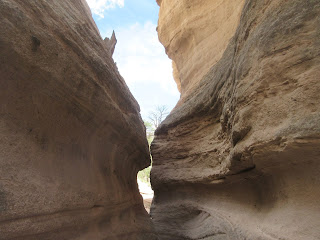 The kicker on this trail was the steep elevation at places including the 630 ft rise at toward the end of the trail.  It was getting a little late and we opted to cut short our hike after some very scenic photos.


Posted by Roadrunner Chronicles at 10:55 AM