Sometimes I take some pictures and think about a blog post I want to do.  And then days and or weeks go by and I still want to capture some thoughts and post it in my blog.

This is one of those -- a post about our visit to Highland (also known as Ashlawn) - the farm and home of our fifth U. S. President James Monroe. 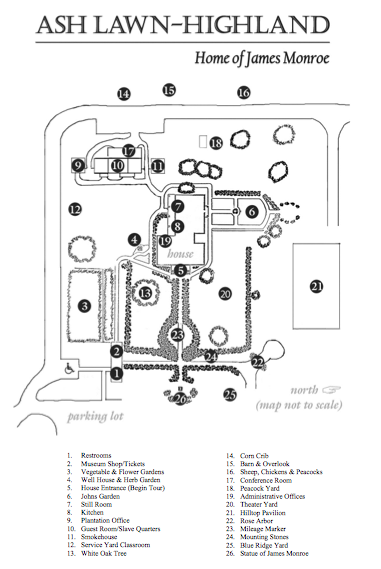 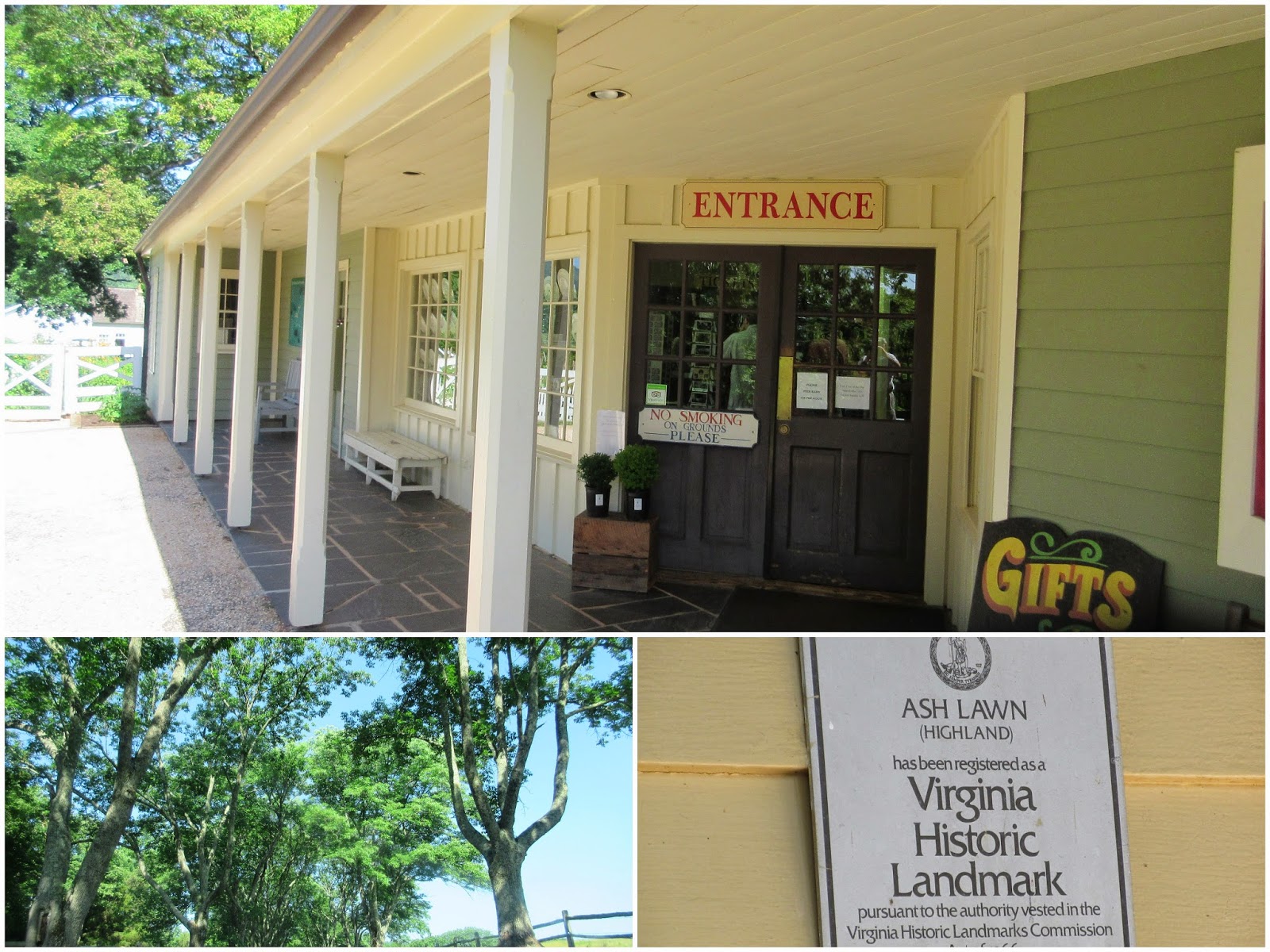 We bought a combo ticket meaning we bought tickets for a tour of Ashlawn and also tickets for Monticello which is a few miles away.  Once we had the tickets we waited for our tour time and had a few minutes to wander around some of the buildings on the property. 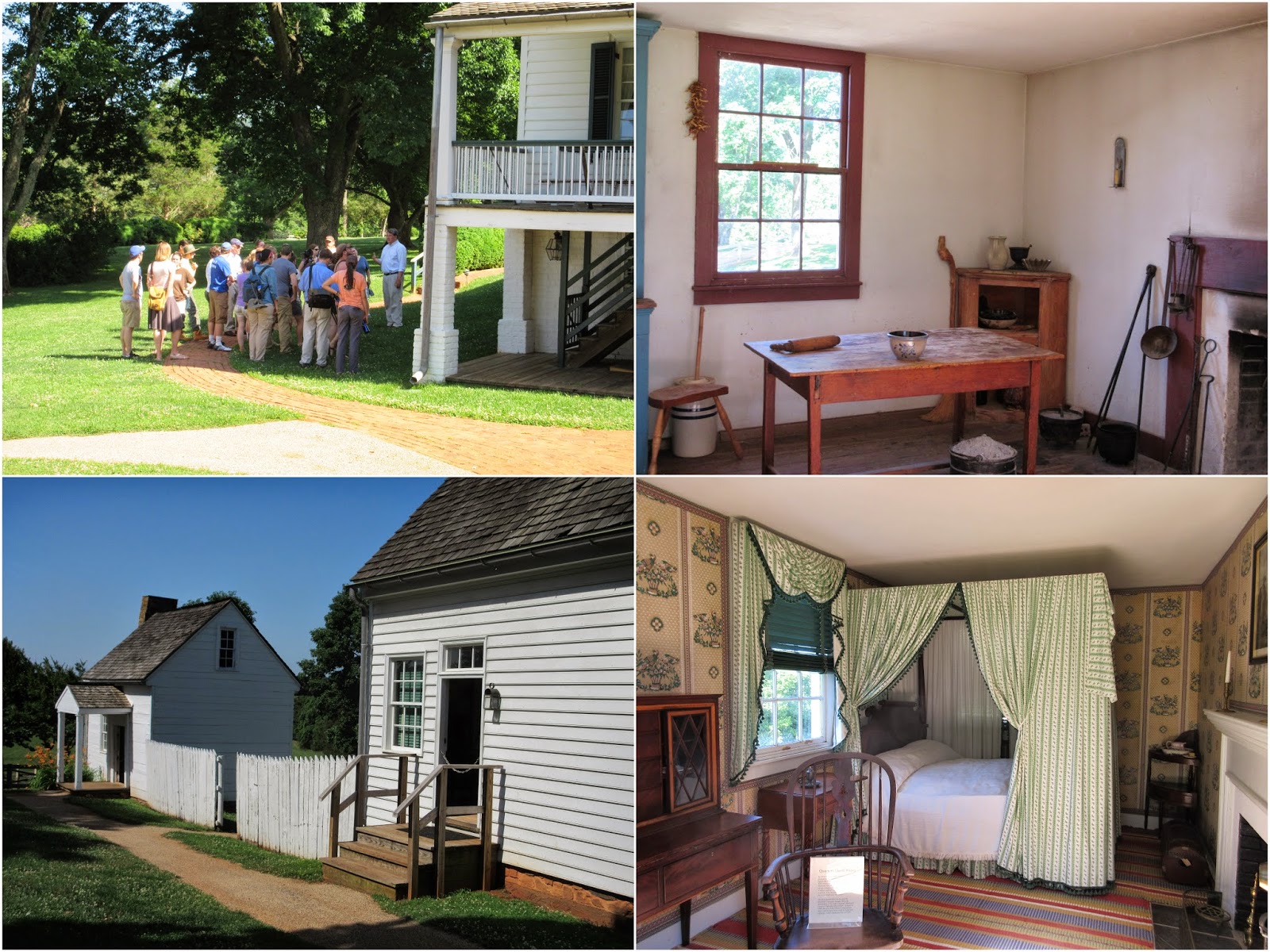 On the grounds behind the main home I saw a tour group learning about the finer details of bricks and brick making and the history of such.  The docent indicated he and a fellow guide had researched a found hundreds of different styles of bricks and brick patterns on homes dating back to the early 1800's.
Next, we wandered over to a group of buildings.  Some were visitor's quarters.

Others were slave quarters that were a lot more sparse. 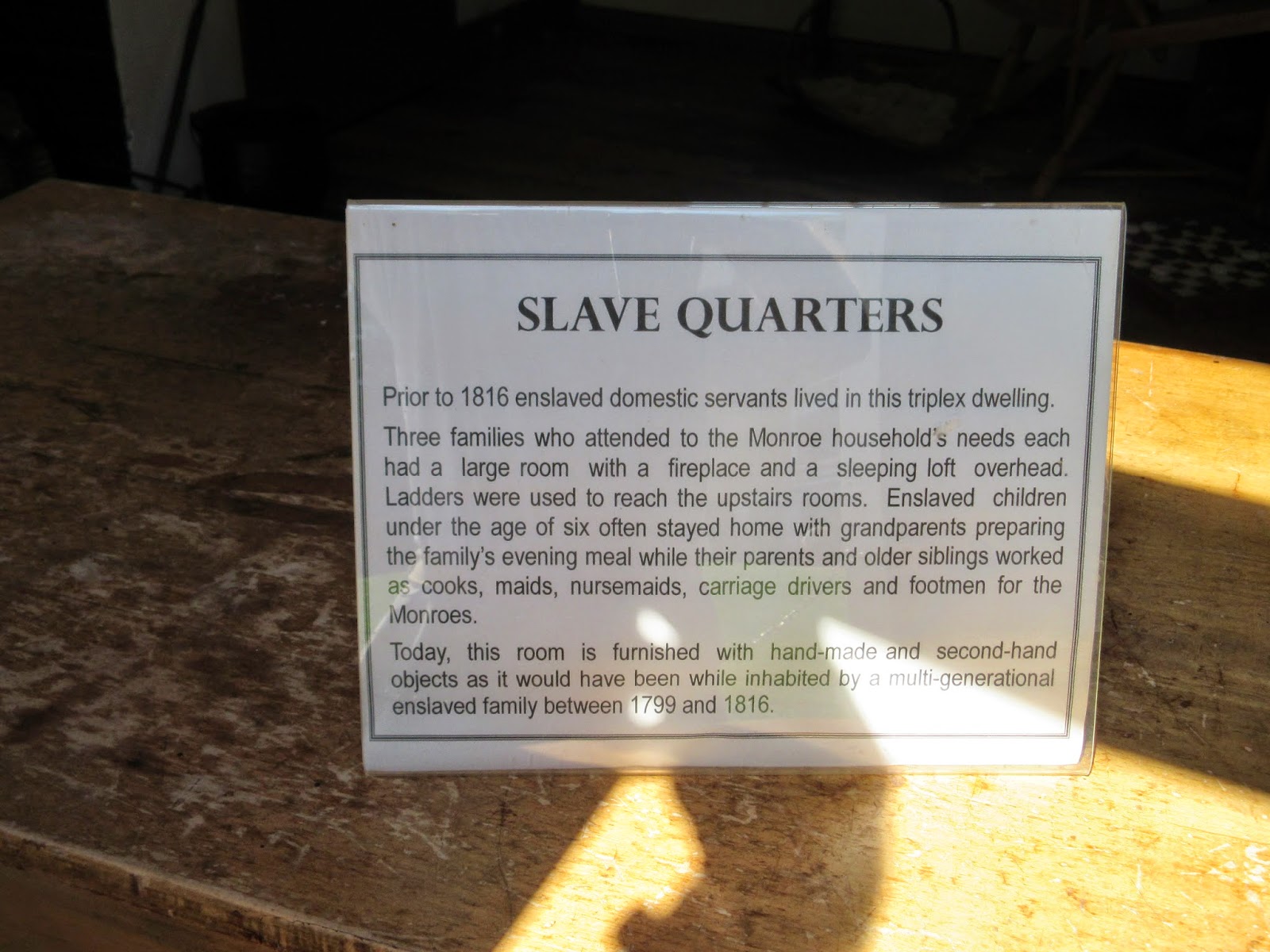 In the mid 1990's we visited this place.  I left with the impression that James Monroe's property was very very modest compared to Thomas Jefferson's.  But I don't think we ever got in to see the house.  My impression of Monroe's house was actually the slave or guest quarters out back.

This is another reason Pam and I will have to stay on the road another 20 years.  We will have to retrace our steps and see if we have the story right.  Each time we visit a place for the second or third time we get some impressions corrected in addition to learning new things. 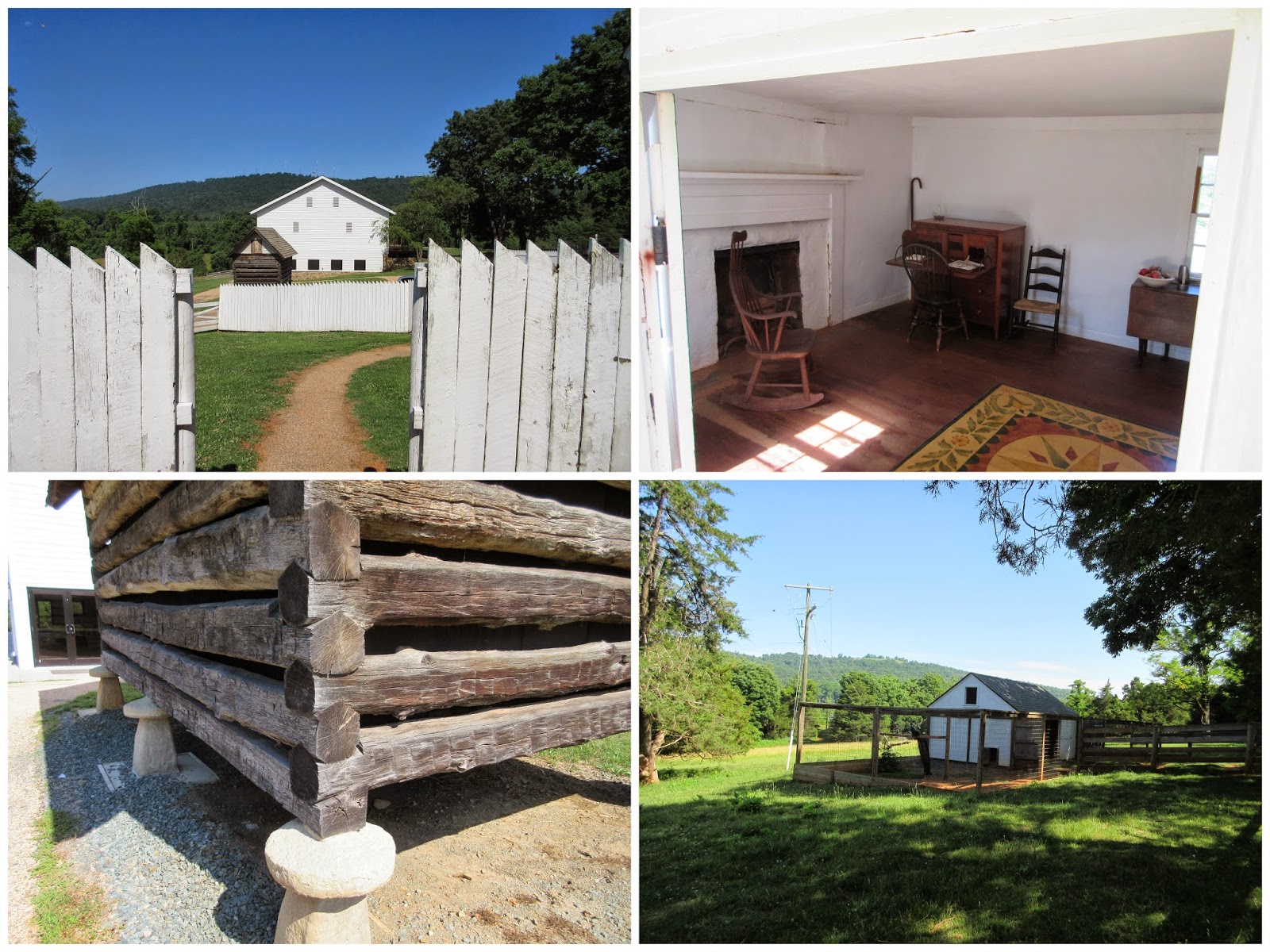 We also had time to check out the peacock and chickens on site. 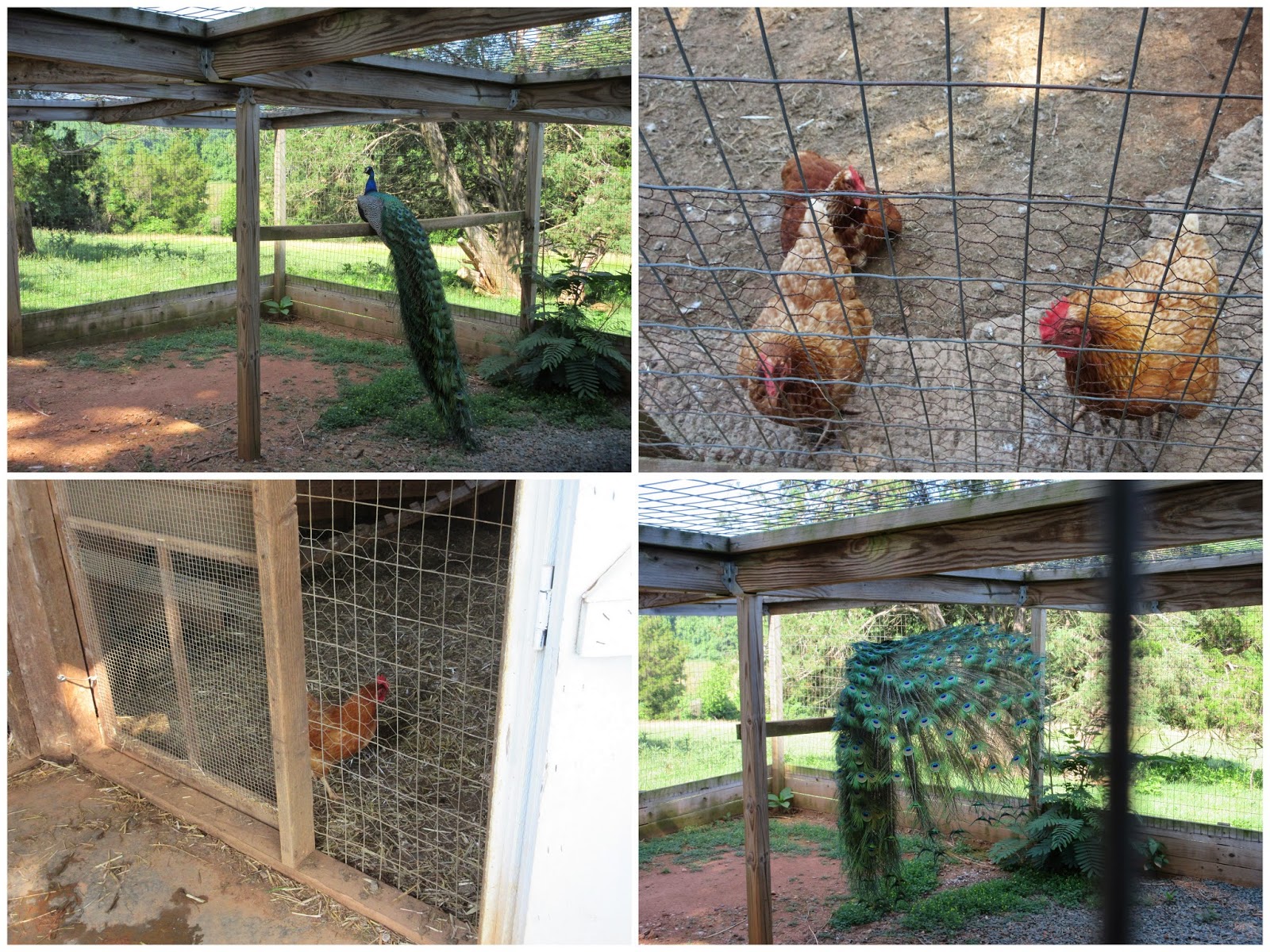 After about 25 minutes, it was time for our group to get a tour of the home. 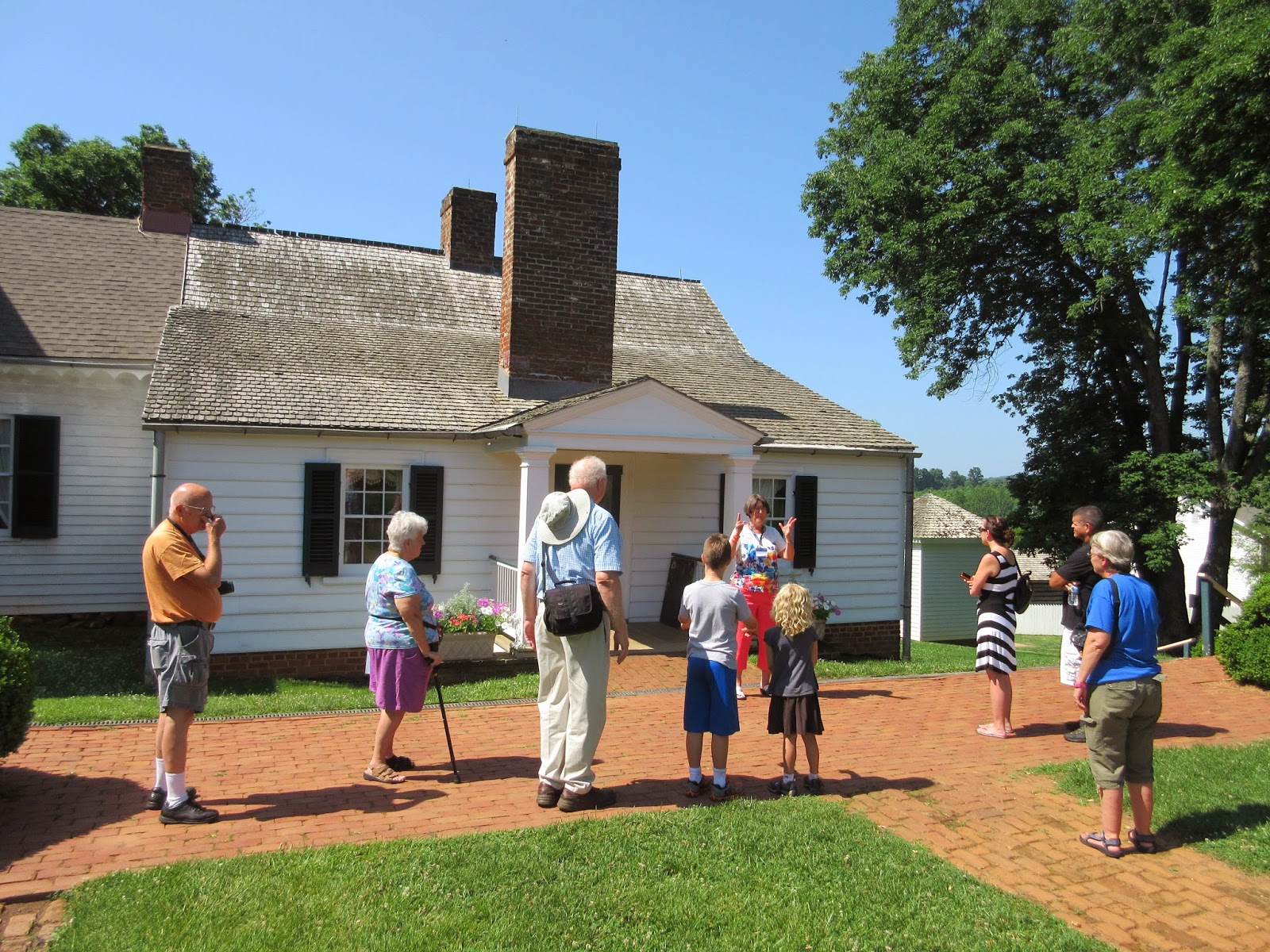 We had a very knowledgeable and friendly guide.  We began the tour in the old section of the house before exiting through the new section and Victorian-style addition to it which was added in the 1880's.

No pictures were allowed inside the house.  And I could not even find some internet photos of the inside to show.  But here are some takeaways I had:

I love U. S. history and learned more about our Presidents after our time here.  It was mid day and time for another favorite past time:  a picnic lunch under a good shade tree. 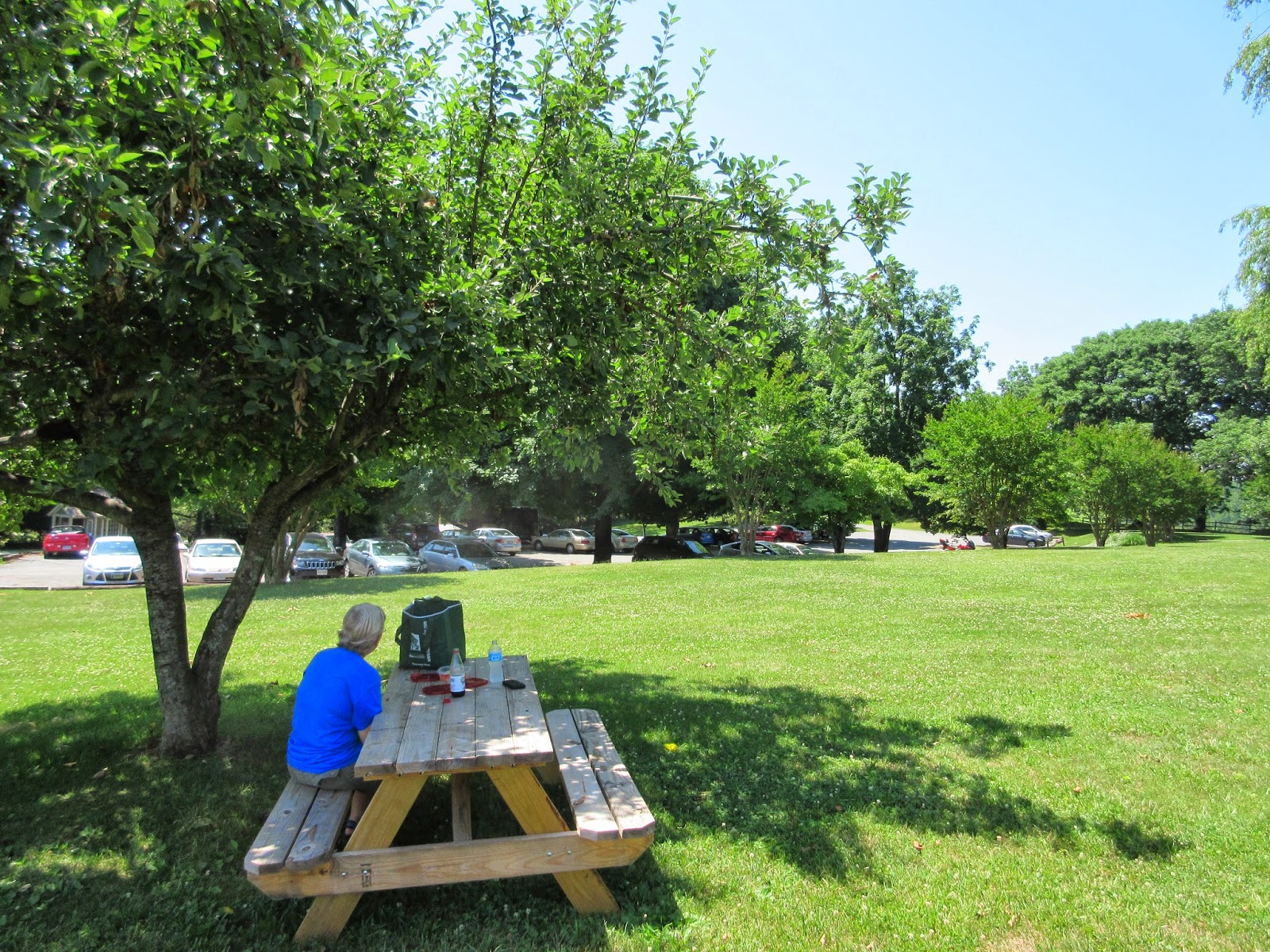 Posted by Roadrunner Chronicles at 8:30 AM