Roadrunner Recap
In September 2012 we had been on the road about 3 years.  In that month we visited the following locations along the Florida Gulf Coast and into Central Florida:

The highlight of the month was volunteering at the Country Lake Christian Campground with Paul and Bobbi, Tom and Cathy and about 10 others from Paul's high school class.  Henryville was recovering from a tornado that had hit the town a year earlier.

FYI - Henryville is also the hometown of one of America's food icons:  Colonel Sanders of KFC fame!

Here's an interactive map of our travels in September:

Here's a static map in case you don't like the one above that can move around a bit: 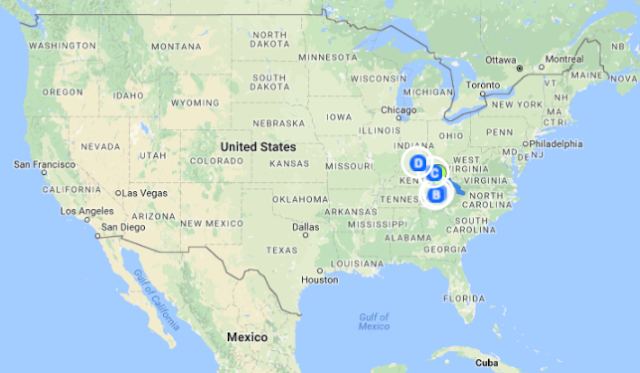 Here's a snapshot of our spending for the month: 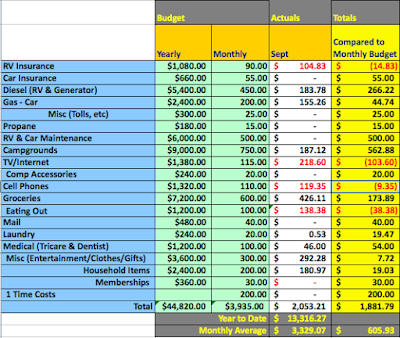 Biggest Expenses
Gladly, we did not have any large expenses which is unusual.  We did over spent in our

Large One Time Cost Item
Pretty good in most areas including a 'big one' which we did not purchase in September. 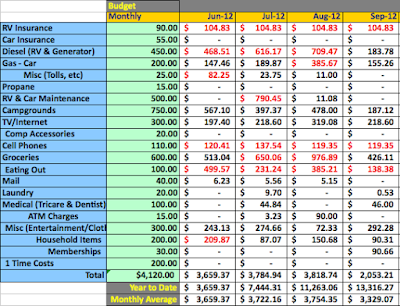 We are in a good place still with our average monthly spending for the last four months has been under budget.