Happy New Year to You! 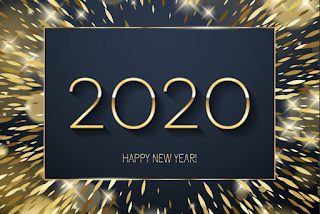 Before the year comes to a close, I want to send out some greetings.  I love this time of the year and look forward to getting some things done during the holiday lull before we get back into the regular swing of things.

I hope you had a really good holiday and are revitalized for the new year.  Someone posted that thought that the Roaring 20’s are upon us!

One thing I like about the holiday season is that I always manage to find some time for reflection and planning for the new year.  I love that.

By all measures this has been a momentous year.  We thought it would be big and it has turned out to be more epic than we imagined.
At the beginning of the year, we were into our “one last hurrah” with the Roadrunner in Key West. It was there we found out the possibility of selling the Roadrunner was actually turning into a strong possibility.  In a few short weeks we managed to systematically give the Roadrunner a deep cleaning while traveling through the Keys and up to the Tampa area.  It was wonderful seeing friends in Naples, Bonita Springs, Fort Myers, Tampa and St Pete.
After that, we traveled over to the Jacksonville area where we agreed to meet the buyer.  We left the Roadrunner there and  rented a small U-Haul and drove it to Kelly and Jon’s place in Virginia Beach.

It was a little strange as we got the price we wanted and then delivered the Roadrunner to a climate controlled storage facility outside of Atlanta.  After that, we drove to Virginia in only our Honda and on to new life.  We were able to stay with Jon and Kelly as we did some house hunting.

It took us a few weeks, but in March, we found a place 12 minutes from the grandkids. We signed a contract and had three weeks until closing, so we took a road trip in our F-150 out to Tucson.  Along the way we saw friends and family in Maynardville TN, Oklahoma City, Albuquerque, Fort Worth TX and Denver NC.

When we got back to Virginia Beach the first week of April, we started on major renovations to the house.  After three months of renovations (new bathrooms, kitchen, roof, windows, inside doors) and complete interior paint job, we moved into our new home in Norfolk the last part of June.

But even before then, Pam and I put in a 12’ x 25 garden that has been a real joy.  The boys helped with the spring and fall planting. It was fun watching them run to Grandma’s Garden every time they came to visit.  They wanted to see how the peas or corn or pumpkins were doing.

In August we took a road trip in the truck to Canada, Michigan, Ohio and Tennessee. While in Canada we were given a couple of bird feeders that were tucked away in a cabin.  We brought them back to life and have enjoyed watching cardinals, blue jays, finches, and hummingbirds off the back deck. The simple pleasures of life.

We love our house.  Our small house. It is perfect for us.  And we have some great neighbors. We also found a great church which we absolutely love. We’ve become fast friends with many folks and it has been a source of inspiration, a place to volunteer and has a very strong sense of community.

All of that was made even more evident when Pam went in for a routine mammogram the middle of October.  Two weeks later we learned she had stage one breast cancer. Thankfully it was caught early and slow-growing. The church surrounded us with help and support which was touching.  After surgery and 10 rounds of radiation, Pam was declared cancer free.  Hallelujah! Praise be to God!

We had a terrific time over Christmas watching Brooks (almost 5) and Harry (almost 3) enjoy the big day.  It was great.  Their sense of wonder is precious.

In the new year we hope to continue on getting more healthy and exercise more.  We are off to a good start with some effort in that direction that last few days.  Pam has plans on a little bigger garden with a different assortment of produce that is a little different than last year’s bounty.

We also intend to play a little more golf, dive into some tent camping, and will no doubt be taking some trips during the New Year.

P.S.
In the coming week(s) I should have a book coming out....watch for the details.

Posted by Roadrunner Chronicles at 2:34 PM