Another set of pictures follow which document some of the many projects Kelly and Jon commissioned to get their house and property in shape before they moved in.

During the second week after they closed on the house, the tree removal guys showed up and did their magic.  It was something to see.  Nothing better than seeing the professionals at work. 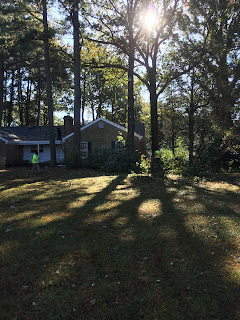 It was amazing to see the lumberjacks throw their lines and climb up into the overhanging branches.  They were up there to identify and cut off overhanging large branches that might later cause a problem. 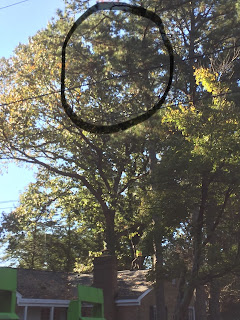 The tree men had to evacuate vehicles from the front yard in order to remove the corner tree a couple of feet away from the house.  The tree was a large one and they cut off some branches at the start. 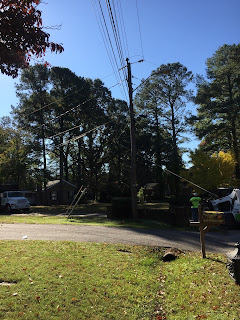 Then the guy climbed up the tree to position the rope in the correct place.  Once that was done, we all cleared out the of the area while the guy in the Bobcat pulled the rope tight.  Once their was the right amount of tension (and the other guy was out of the tree) another one used his large Stihl chainsaw and but a wedge into the bottom of the tree. 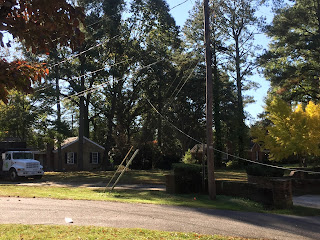 In not time the tree gave way, fell forward and crashed to the ground. 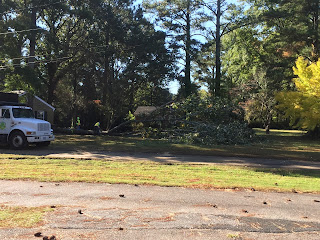 Then others cut off the branches which the Bobcat carried over to to the large tree chipper. 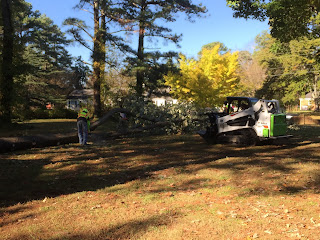 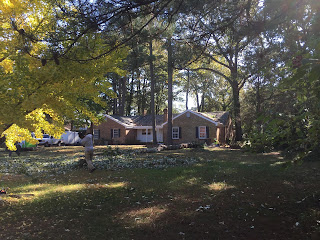 The trees were cut up in good sized lengths which we think the tree guys were going to cart back to their business and cut up for sale. 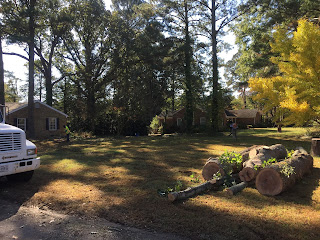 In no time, the suspect tree at the corner of the house was gone. 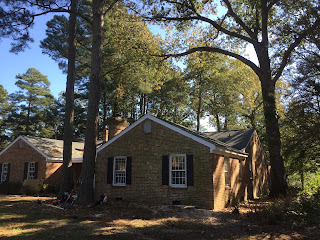 Logs piled up for replacement onto the log truck. 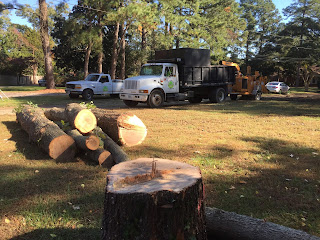 It was quite an operation. 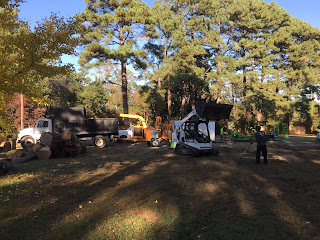 The next project was a tree which had blown down years ago and landed across the property and into the lake.  It was another huge effort.  They cut up the portion of the tree in the yard first. 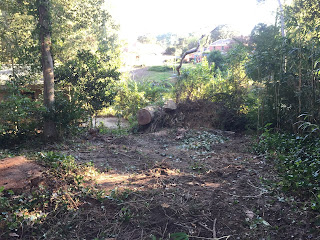 Then they removed as much of the tree that was in the lake as they could.  The steep embankment prevented the entire tree and branches from being removed at this time. 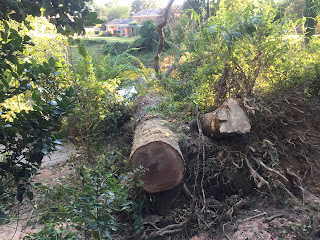 Most of it was removed, but some of the tree remained in the water. 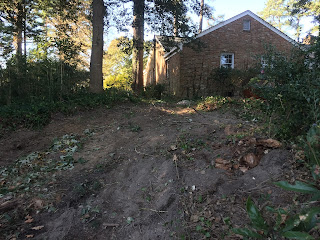 That little Bobcat machine was amazing.  It was able to get a lot of the tree and tree limbs out of the water and drag them up onto the little bank that was a bit steep.  Then the tree guys were able to cut up the debris so it could be picked up and carried around to the front of the house where the mulch truck and log truck were. 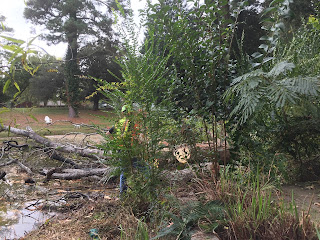 The Bobcat was just not big enough to pull out all of the tree out of the lake. 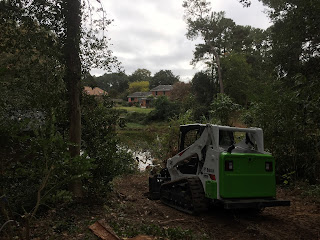 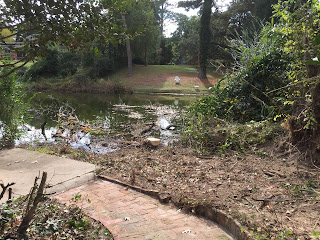 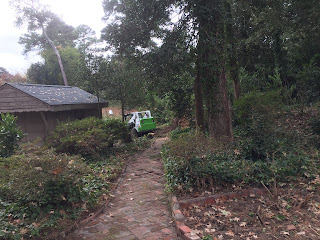 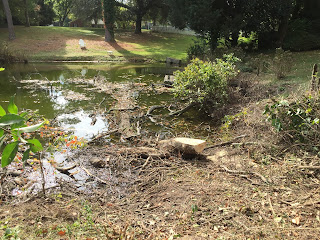 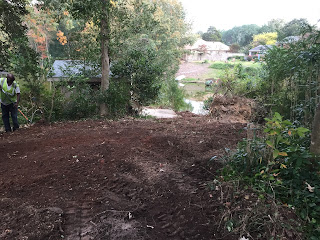 The log truck was filled to capacity in no time. 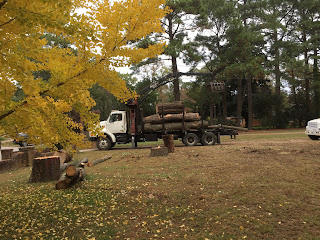 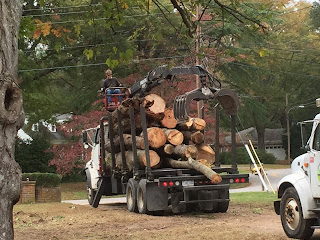 I didn't get any good picture but they also took out three trees in the back yard not far from where the car is in the picture below.  After they grinded stumps, they also leveled the front and back yard as well as the driveway.

The amazing thing here was not only the removal of some trees that were too near the house and failing, but also the removal of all the underbrush.  That meant the backyard became a useful backyard for the dog and the kids.  The little Bobcat smoothed the yard out and did a pretty good job of landscaping.  Once the fence is up it will be great back there. 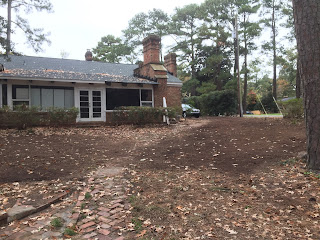 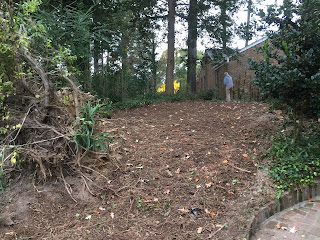 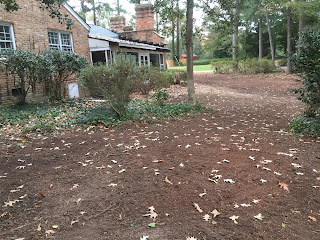 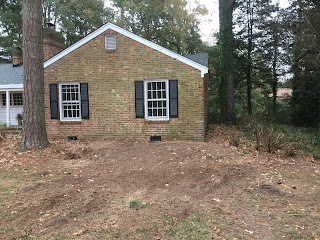 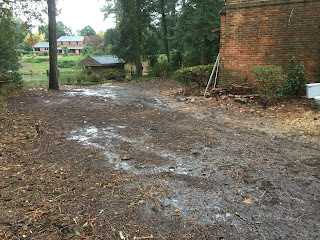 All that was done in preparation for the fence they are putting in the back yard.  More on that later.

That it for this edition of the Roadrunner Chronicles!  Thanks for joining us today.

Posted by Roadrunner Chronicles at 7:55 AM