The roof guys came on a day when there was lots going on.  The roof repairs included taking off two layers of shingles and replacing any sheathing that was rotted.  There were six sheets they had to replace.  Over the years of neglect, a large tree branch punched a hole in the roof.  Rain and water seeped in causing other problems but the new roof ensures that won't be an issue again.

Cars and trucks were parked everywhere in the front yard. 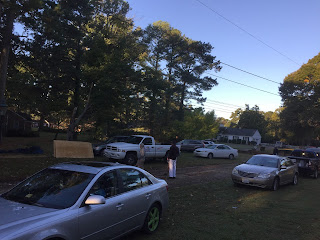 On the roof, Timo's crew was ripping off the two layers of shingles. 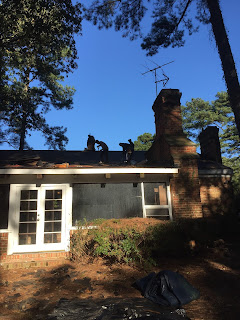 Front side, back side and eventually the boathouse. Here over the front porch you can see some of the water damage that caused wood rot. 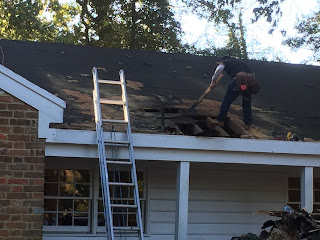 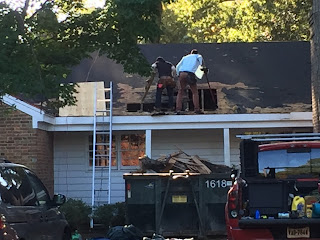 The dumpster loaded up quickly (above).  Below, I watched with awe as one of the slightly built men carried more than one 4'x8' sheets of plywood up the ladder by himself. 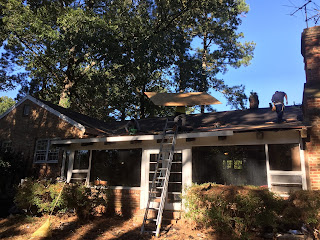 Once the new plywood was down, they put the covering down and then the shingles. 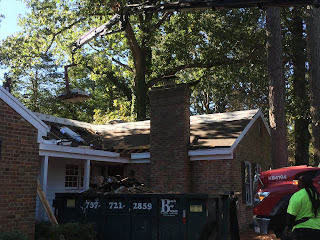 At one point, I think we counted 14 vehicles on the property including the delivery truck with the hydraulic lift for the shingles.  When the roof materials truck arrived, half a dozen cars and trucks had to move out from the front to the house so the truck could move into place and use the hydraulic lift to move pallets directly from the truck to the roof. 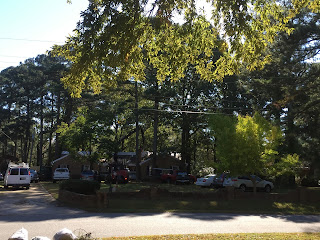 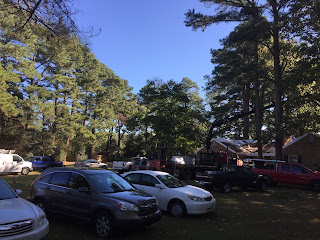 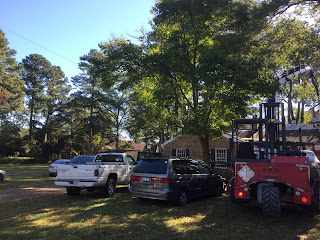 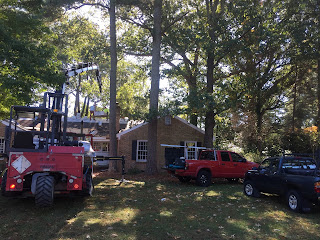 It was pretty impressive to see how these guys went to work and got after it!  Below is a photo of the work going underway on the back side of the house. 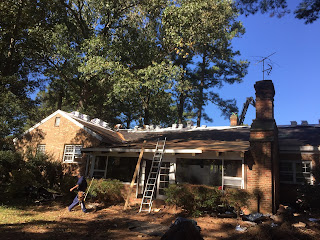 The new roof made a remarkable difference to the look on the house.  Not to mention it removed the source of wood rot and other problems. 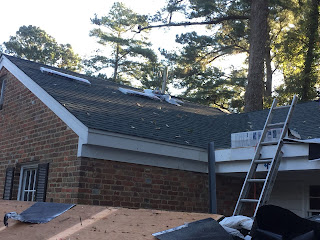 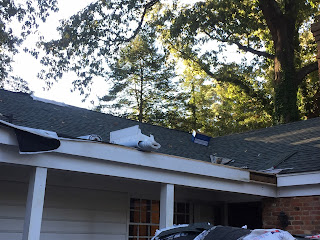 Two days later and another bin filled with debris, they were almost done. 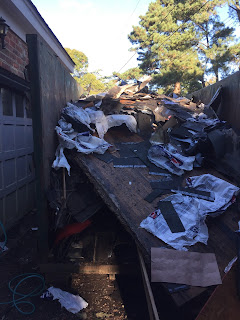 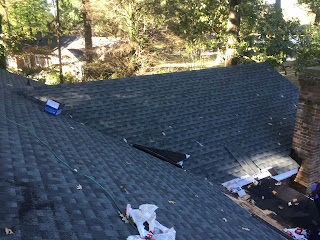 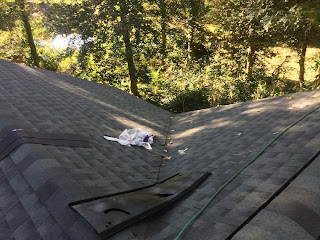 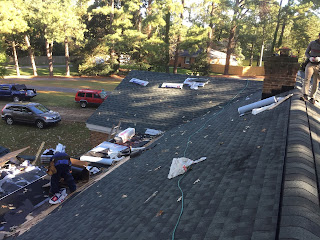 Things happen so quickly and in rapid succession, its hard to keep up and remember just a couple of weeks ago, things were in complete chaos.

One more major item ticked off their checklist!

Posted by Roadrunner Chronicles at 6:42 AM