Sunday at the Virginia Beach Aquarium

A few months ago, we went to the Virginia Aquarium and got a season pass.  Last week, we returned again with Jon and Kelly and the boys.

I like the exhibits with a few tidbits and information that reflect a bit of history. 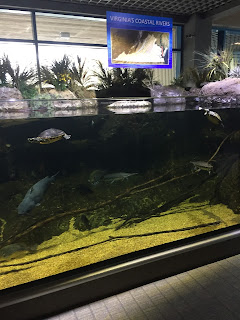 Virginia Beach and nearby 'First Landing'.  In 1607 explorers landed near Cape Henry and First Landing.  Weeks after that they settle and form a new community up the coast in Jamestown.

The Lynnhaven is an area in Virginia Beach that has been famous for oysters which have seen a resurgence in the last few years which is nice to hear. 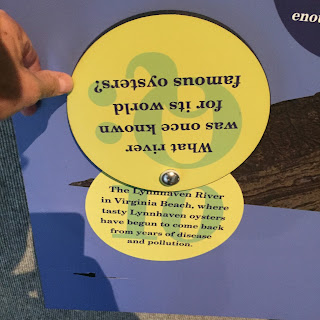 The aquarium has a number of different areas and one walk way where the water flows over the top of the path and connects the glass sides of the tanks. 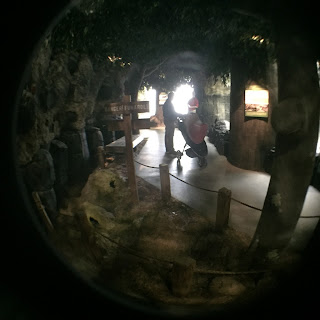 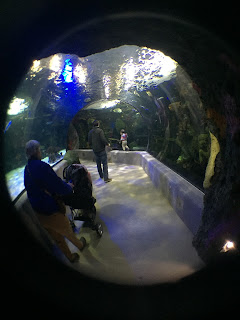 Brooks liked the fish but he was also enamored with the little wall where people could sit up against the glass or walk along it as he was doing. 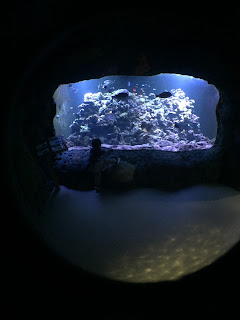 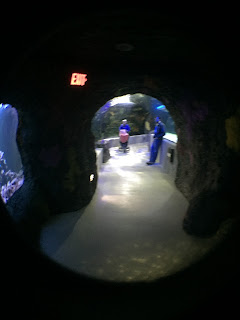 I am a little mesmerized at watching all the different sizes and shapes and kinds of fish swimming around.  It was really beautiful! 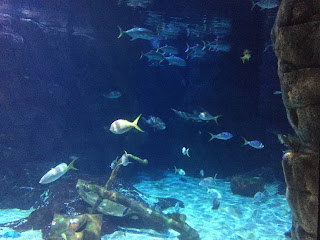 It was nice to get out and walk through and see a little bit of the many galleries and displays. 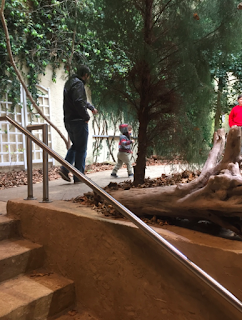 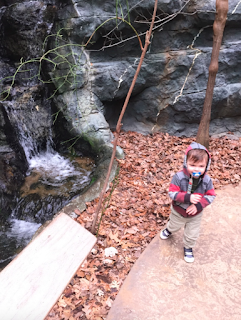 Toward the end, they had a big tank of eels that had been defanged.  You could stick your hand in the water and touch them. 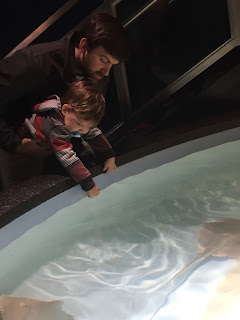 These outings don't have to be long to be worth it.  Every time we go we learn something else and get exposed to a new aspect of the Aquarium.   It was a great day to do it and I'm sure we'll be back again.

Posted by Roadrunner Chronicles at 6:30 AM