Friday morning was golf for the four Bros while the ladies hung out at the cabin.  We went over to Sequoia Woods to practice the night before and then played 18 holes at Forest Meadows in Arnold. 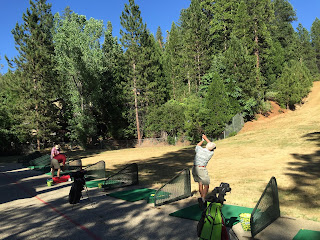 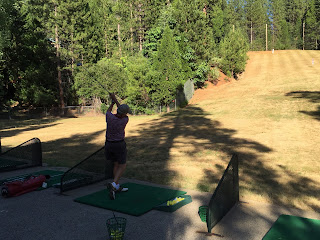 Somehow I missed taking photos of our golf Friday morning.  I was fun.  Reid was the surprise of the day.  He plays once every couple of years and was 1 over par after 4 holes.  If was fun to watch him do well.

After we returned to the cabin and had lunch, the rest of the group went to Angels Camp to tour around and over to Ironside Winery to see the museum and grounds.  Pam and I were recently at Angels Camp and had seen the Winery and museum a couple of years ago, so we didn't join them.

Before everyone scattered, we got some photos: 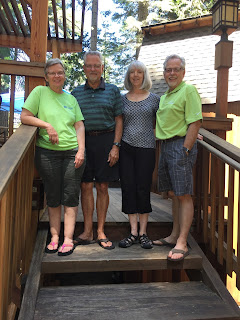 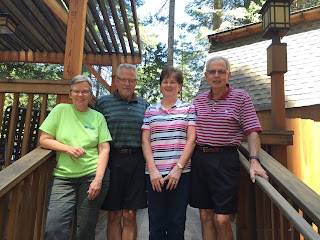 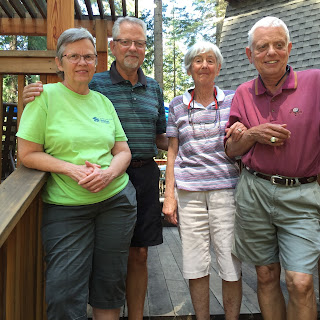 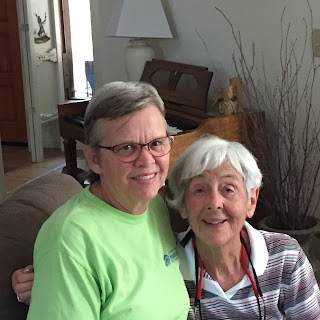 While they were in Angels Camp, Pam and I packed up and headed to Sacramento.  She had a early morning flight to Virginia Beach on Saturday morning so we spent the night at a hotel near the airport.
The mother of one of Adam's best friends (and a friend of Pam's) recently passed away unexpectedly and we felt it was important for her to be there despite the reunion.  The service was scheduled for Tuesday in Virginia Beach.

Pam flew out at 6 AM on Saturday morning, returning on Wednesday about noon.

After I drove her to the airport, I went by McDonald's for an egg McMuffin and to Starbuck for a large coffee, I drove back from Sacramento in time to meet up with the group downtown at Arnold in time for the Lions Club Pancake breakfast.  The Lions have 41 members, do a Pancake Breakfast three times a year and raise about $35,000 for scholarships, eye and hearing charities. 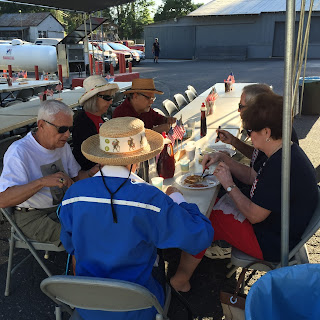 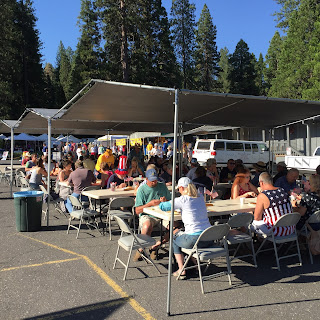 I texted a picture of everyone to Pam while she was at Chicago Midway airport for a short layover. 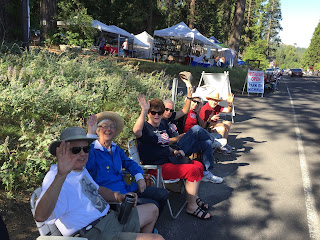 The first event down the parade route was the annual 5k run.  That was followed by a steady stream of fire engines and US Forest Service trucks and vintage cars. If was pretty great and I'll bet that scene was duplicated in hundreds and hundreds of towns across the USA! 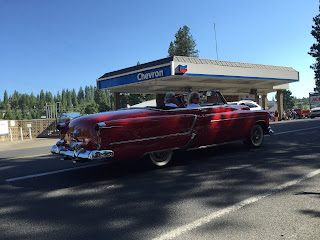 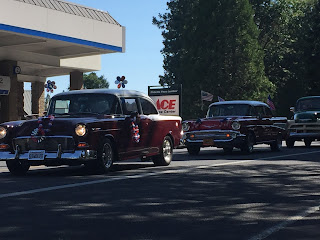 After the parade we wandered through the Arts and Crafts Fair looking for something we couldn't do without. Marty and Elena picked up a couple of black and white photographs and Brad and Sue got a little ceramic sign. 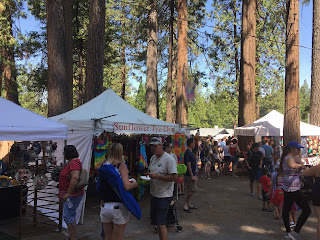 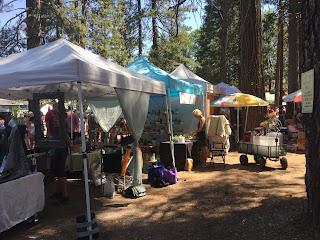 When we got back to the cabin later in the afternoon, we somehow ended up in the Roadrunner for awhile.  I think I wanted to show them my table and favorite invention.  It sits over the coffee holders in between the two front seats above the center drawers in the front. 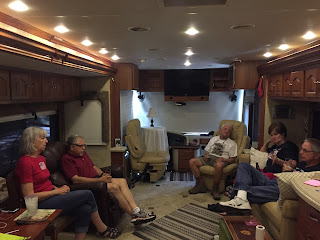 Next, it was dinner on the back porch again.  I think we had salmon that Marty caught last year in Alaska which was pretty terrific.  Elena rustled up a tossed salad. 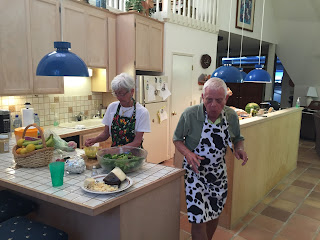 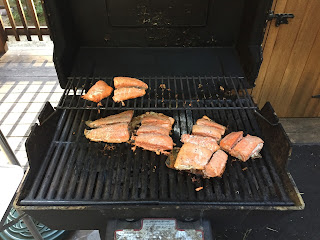 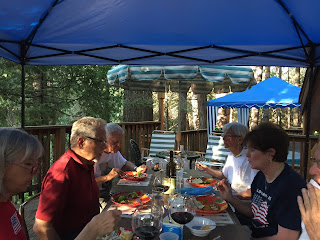 The deck on Marty's back porch was built just for get-togethers and is large enough for chairs and tables and the barbeque. After we cleared the table and loaded the dishwasher, we had dessert and coffee and talked long into the night again.  It was another special time and a lot of fun.
Posted by Roadrunner Chronicles at 6:04 AM