We are only about 20 miles from Amelia Island, so we thought we'd take the Mayport Ferry across the St. John River and see what we could see on a day trip.  We quickly added an hour to our drive when we found out the ferry is closed for repairs until further notice.

So we drove the long way around to I-295 and I-95 to take the exit for Amelia Island.  We stopped for coffee at Dunkin' Donuts and then drove around the Historic Section of town.  What a quaint place.  Reminded me of St. Simon's / Jekyll Island on a smaller scale.

There is a good sized waterfront, some shipping and lumber and lots of Victorian houses in the town.  And lots of stores that are thriving despite the old turn-of-the-century look.

We quickly found the Amelia Island History Museum.  It was excellent! 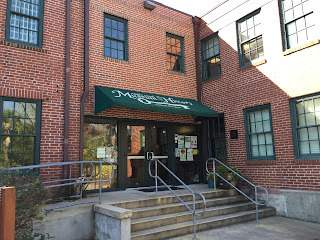 The history of Florida is convoluted to say the least, but I found this good synopsis online:

Originally home to the once-thriving Timuncuan Indians, around 2,500 B.C., it has also been
the home of an English plantation, an international port, Civil War fort, turn-of-the-century playground for rich tourists, terminus of Florida's first cross-state railroad and world headquarters of the shrimping industry, which was first modernized here.
An aura of simple innocence belies what was once a hotbed of corruption, buccaneers and bootleggers. Named for the daughter of England's King George II, Amelia Island, was under the Spanish flag in 1807, when the Jefferson Embargo closed all U.S. ports to foreign shipping. The Spanish harbor of Fernandina became the nation's center for smuggling slaves, liquor and foreign luxury goods, as well as buried pirates treasures.
Amelia Island played another historic role during the Cuban War for Independence (1895-1989), when freedom fighter Jose Marti was overheard plotting his strategies in his island suite in the Florida House Inn (Florida's oldest surviving hotel). This led to the demise of the ill-fated revolution.


We were in Cedar Keys a few months ago, we learned that the first railroad across Florida into that city originated at Amelia Island.  One of the main crops shipped by rail from one coast to the other (and thereby avoiding the long and often dangerous ship route around South America) was lumber.

Two main industries were centered in this area of Florida:  lumber and shrimping.  Both continue today. 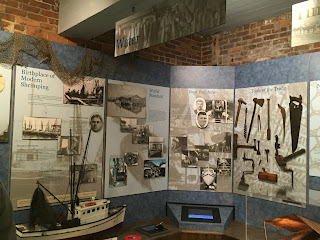 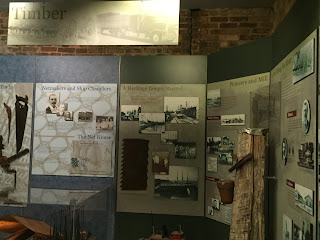 We arrived just in time for the docent's tour of the museum.  After about 20 minutes in one room and getting up to the year 1565, we knew we were in trouble.  As the group moved to another area, we opted out and spent the rest of our time there  poring over displays. 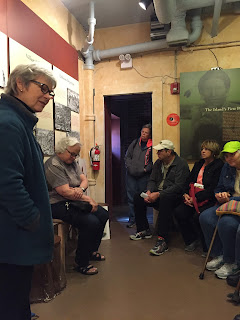 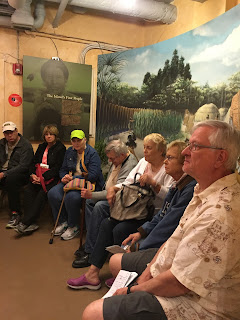 The museum was very well done and worth the $7 admission.  It had first quality and very informative displays.  The area was heavily involved with the slave trade from the late 1700's until well after the Civil War. 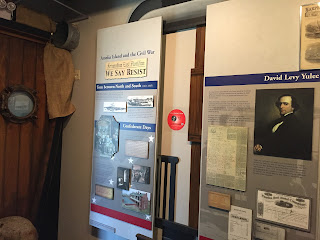 After the arrival of the railroad in the 1850's and well into the 1880's, it also became favorite spot for the well-to-do Northerners and vacationers.  Large Victorian homes were built and some remain today in excellent condition which serve as Bed and Breakfast venues. 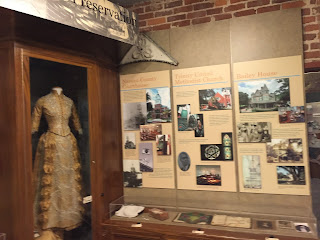 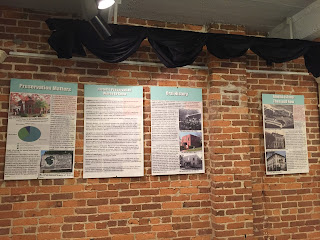 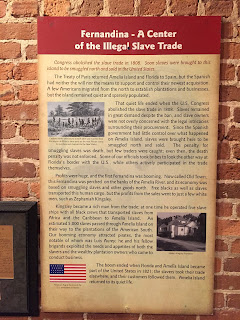 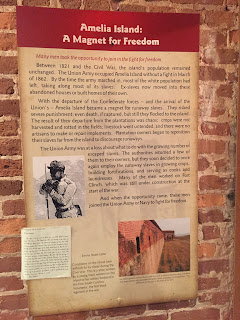 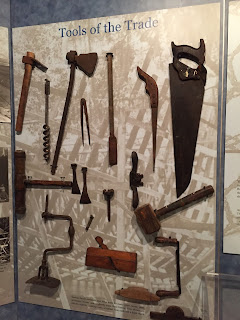 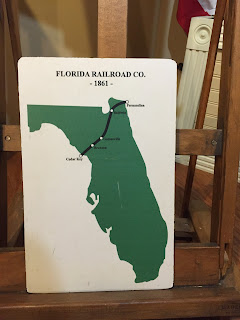 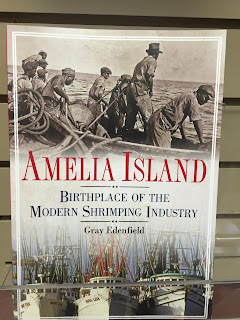 After our time at the museum we drove around the historic town which has a very large old town section with thriving shops and boutiques.  There are a lot of restaurants and the city wharf and park is close.  It is a place we could spend hours and hours.

We did a drive by of the local lumber yard and shipping company and watched some logging trucks empty their load.  Then we took a drive over to Fort Clinch State Park and checked out the two campgrounds.  Never know when we'd like to hang out there.  One campground was near the old fort which now serves as the Visitor Center.  The other campground was near the beach where there were less trees and an open area that looked like a better place for satellite TV.

We continued on our drive and went by the Amelia Island Plantation area that started development in the 1970's.  It has the large conference hotels and high end tourist accommodations.

It was a great day to see the area and find out more of the history of the region.