A First for Brooks!

Yep - today is Brooks' first birthday!  Can't believe it all went by so quickly.  (I know I am not the first to say that!) But it's true.

And a few things are similar one year later.  The weather for example, last year it was snowing and cold on this day.  Jon called early and said, "It's time!" We told him we'd meet them over at the hospital and a few hours later.  So...
From This: 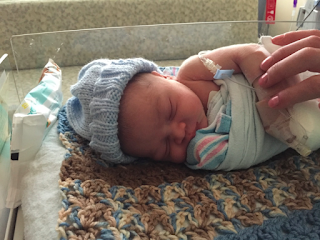 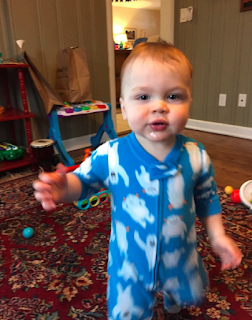 We left the Roadrunner for a few days at our campsite in Florida and drove the Honda CRV to Kelly and Jon's to celebrate his birthday.  His official birthday is the 15th but the party was on Saturday afternoon.

All his grandparents and lots of friends and buddies showed up for the big event. 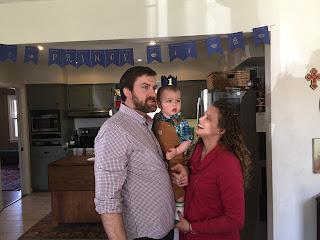 Miss Becky named him the Prince many months ago and that became the theme for the event, "The Prince is 1".

We had way more food than we needed but that was OK. 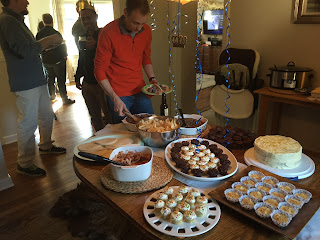 It was a good time for friends to get together.  That's Owen - one of Brooks' best buddies. 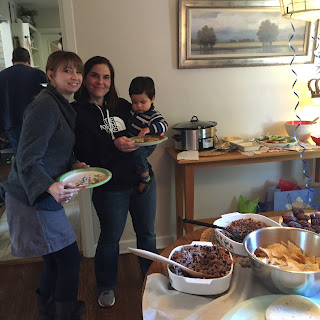 When it came time for Meme's birthday carrot cake - Brooks wasn't too sure what to make of it. 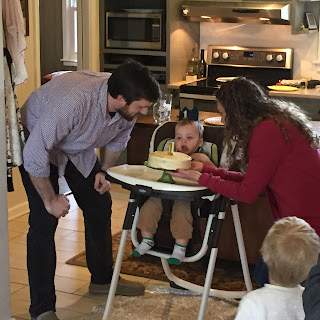 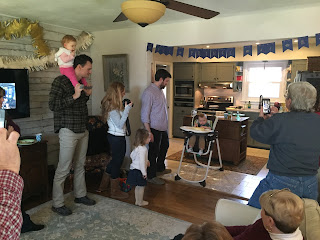 But after everyone sang him 'Happy Birthday' he plunged in with both hands. 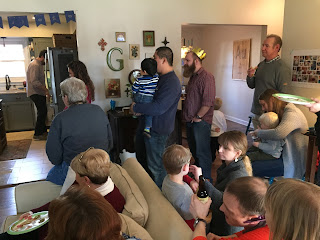 And this friends loved playing together while all the grown ups stood around and talked. 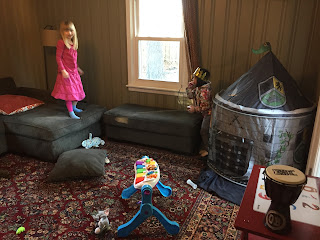 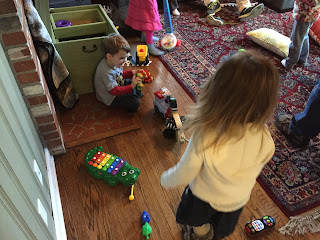 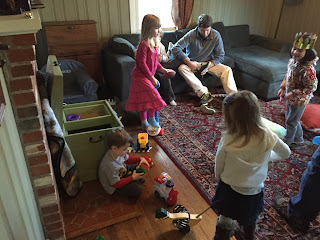 Adam and Melissa came down from Fairfax for the event and stayed overnight which was great. 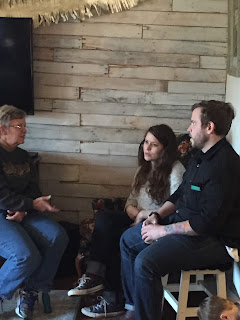 Haven't gotten to see them since their wedding back in October.


The afternoon was exciting and the finale of bubbles was a real hit. 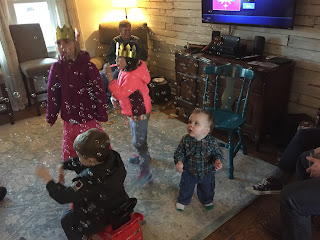 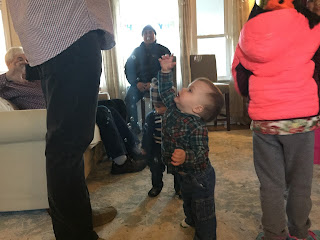 After the party we got to hang out with Jon's parent's (Meme and Poppy) and spent the evening with Adam and Melissa. 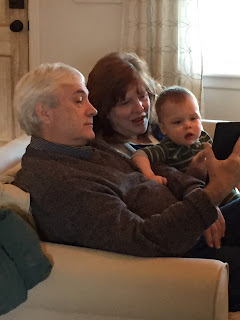 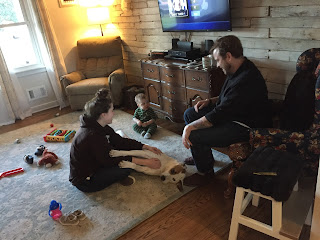 It was a fun day.

Earlier in the day, we got to go to Brooks' "swim lessons" at the local recreation center. 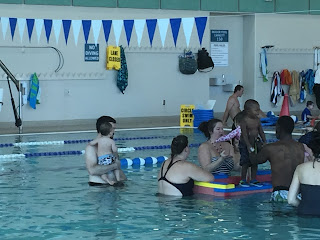 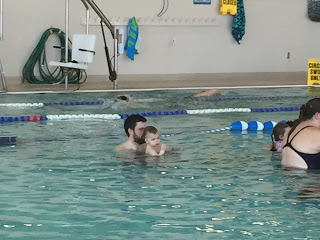 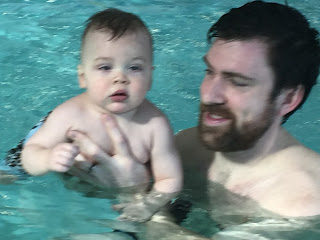 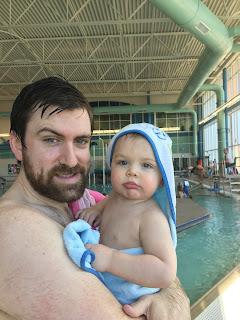 The little ones are in the pool with a parent and basically walk around getting used to the water.  Today they went under for a quick dunk and did good!  So far he is enjoying it and has added water fun to his amazing skill set!

It was really great to see him and everyone again and to help celebrate Brooks' first birthday.

Posted by Roadrunner Chronicles at 9:14 AM