Dry Camping in the Everglades

Right before we drove down here to Key West, we spent three nights camping in the Everglades National Park at the Flamingo Campground.  First we stopped at the Ernest Coe Visitor Center, then we took the 38 mile trip down to the tip of the Everglades. 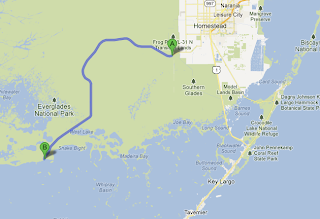 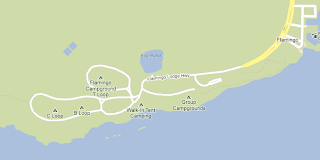 Once we got there, we decided to spend $16 a night and dry camp.  There were plenty of full hookups with 30 amp but the water and dump station were not far away, so we thought we'd do see how that went.  It was good!

The campground is huge!  the RVs and motorhomes are on 'T Loop" and we had our pick of sights. 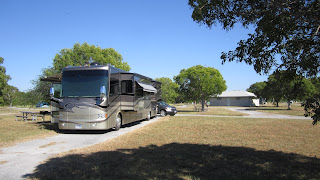 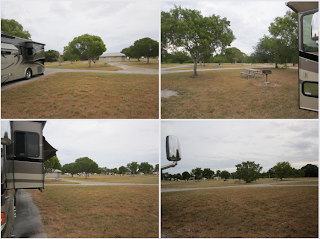 We heard the mosquitos were bad here.  I can see where they might be.  We got a light dose of them.  A little spray and we were fine.  A couple of months from now might be a different story.

The water and the scenic area were over near the walk-in tenting. We rode our bikes over there. 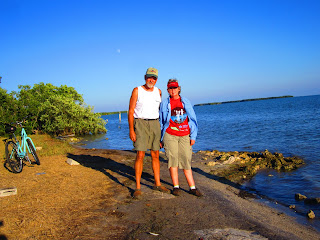 The small Visitor Center and National Park office were over near where the motel and cafe are located. 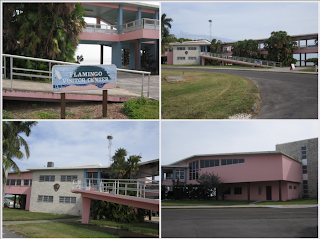 The offices/large building is being renovated and slow progress is being made on it and the Butternut Cafe which is operating out of a trailer in the back on the water. The Flamingo Lodge, built in 1957, was closed after being severely damaged by Hurricane Katrina and Hurricane Wilma in 2005.

The area was once a small fishing village and a place that attracted poachers near the turn of the last century when fashion called for birds feathers and large plumes.

We spent time there enjoying the solitude and nice weather and hiked. 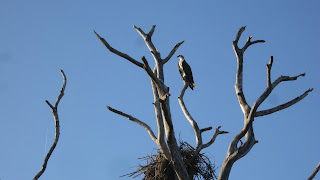 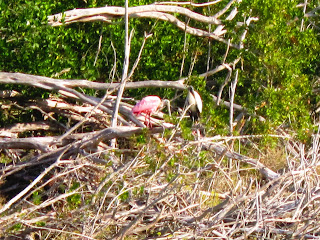 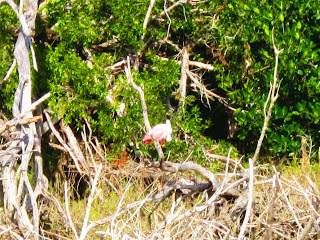 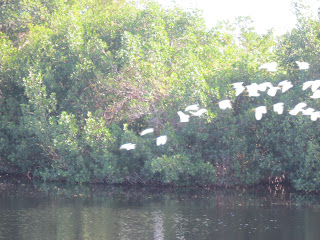 The egrets, herons and the Roseate Spoonbill and others were in full display.

One day we took a couple hour boat ride through the back waters.  The boat captain was a character and the commentator (a guy from British Guyana) were excellent.  The tour left from the Flamingo Marina. 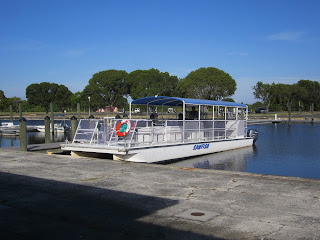 It was very worthwhile.  Our guide was constantly pointing out crocodile and alligator sightings, new birds and giving us history and anecdotes through out the boat ride. 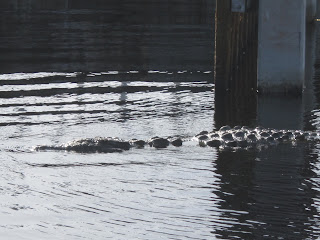 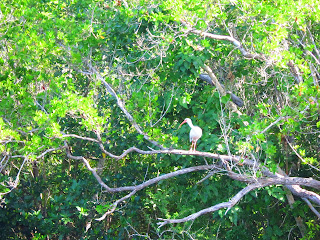 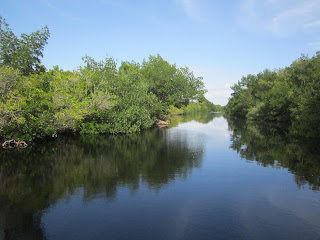 We went from the marina up the channel to Coot Bay which looked like a good sized lake. 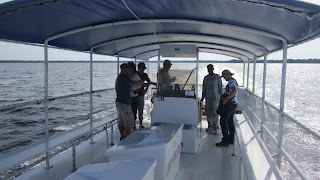 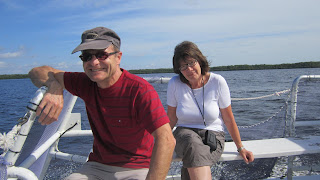 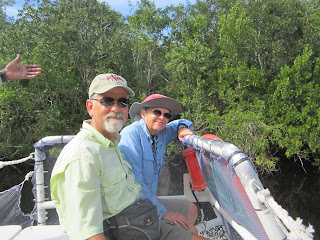 There were only a few on the boat.  We sat near Roland and his wife who were on vacation from Switzerland. 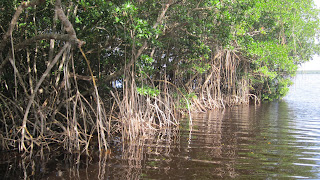 The most common tree in the area is the Mangrove tree.  It has the distinguishable root system unlike any other.

Another day we drove almost back up to the Coe Visitor Center and stopped at the Anhinga Trail.  We heard is was worth seeing. 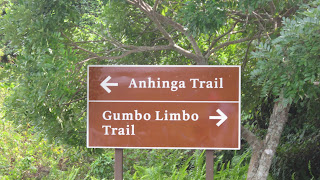 It was well done with a walk-way out over the water on a short trail around some ponds. 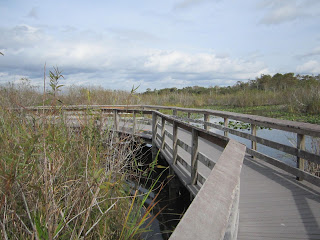 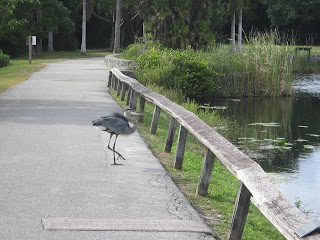 Again, there were lots of birds and alligators. 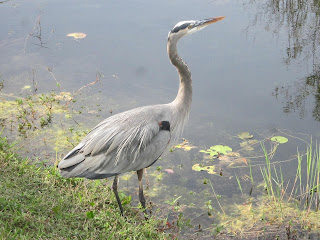 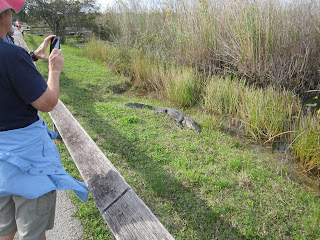 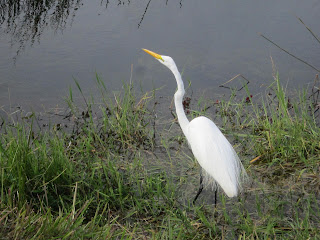 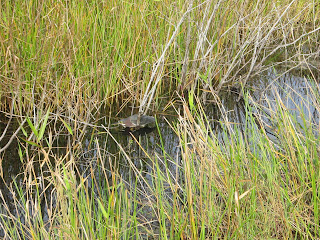 And a turtle or two.. 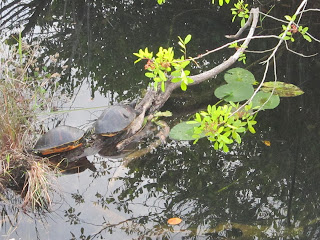 We weren't too sure about going all the way down to Flamingo, but we were glad we did.  With a stop at Cypress National Preserve and Shark Valley and three more days in the Everglades, we feel like we have a much better appreciation for it and its beauty.