We were in Savanna after we left Florida.  That was at least three weeks ago.  But I wanted to note a few things about Savannah.  We spent about five days in the area because we had a friend who lives nearby (close to Hilton) and a couple (Rod and Lisa) who were going to be there for a few days.

We camped at Hunter Army Air Field (Lotts Island Travel Campground) on outskirts of Savannah.  It was very convenient (be sure to use the Rio Gate if you have a military vehicle sticker on your RV).  The campground was sparse but good enough for a few days.  It had new utilities (50 amp), water and sewer for $18/nite.  It had no wifi or cable and some campsites looked a little iffy because of the trees.  But ours was fine and it was no problem getting DirecTV.

We timed our visit to coincide with Rod and Lisa (from the Detroit area).  Rod was there for some commercial flight training and Lisa drove down for a few days.

One of the first places we visited was Wormsloe Historic Site.  They have a lot of weddings on the property because it is so beautiful. 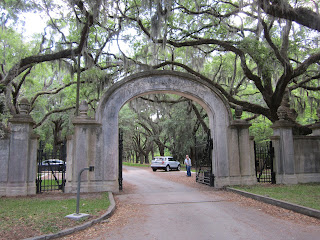 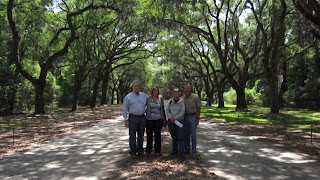 In addition to being one of the first settlements in the area (it wasthe actual estate of Noble Jones who arrived in 1733) it is also very picturesque with the Georgia Live Oak trees.  We spent a couple of hours there and took in some of the history. 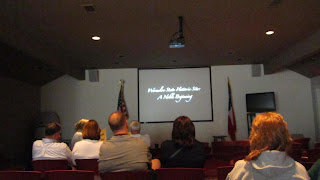 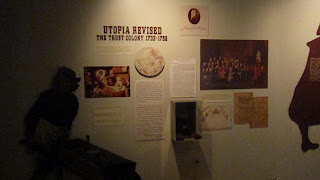 The great experiment they undertook was trying to establish a settlement without the aid of slaves.  The original English charter for Georgia banned the use of slaves.  Instead, indentured servants and their families and the settlers were the labor force.
They gave it a go but had some bad years.  A lot of people died due to sickness and the hard life and they introduced slaves after the ban was lifted in 1849. 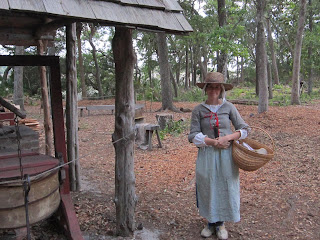 Understanding a little more of the history was helped by the short video in the visitor center, the museum and the park ranger/interpreter out in one of the historic huts.

While in the Savannah area, we also went downtown during a bright and sunny day to walk around one of the many squares that Savannah is known for.  We chose Forsyth Park and it was beautiful. 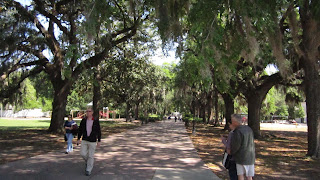 I love the historical markers... 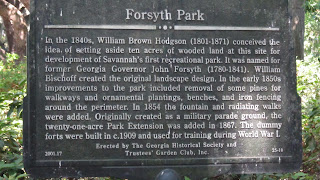 And then we came upon a very moving experience right around noon time.  An Army sergeant was re-enlisting in a ceremony right there at the park. 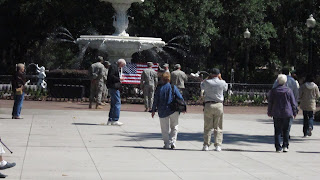 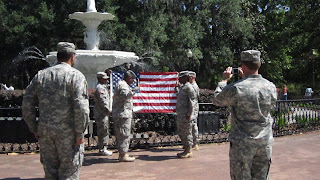 We weren't the only ones that noticed something special was going on.  It was awesome!  A small, dignified, very respectful and appropriate ceremony.  It was an honor to observe.

Also while in Savannah, we walked around River Street and had dinner at Tubby's one night. 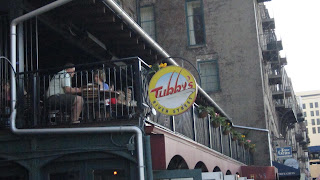 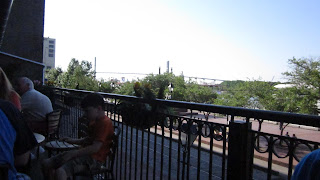 The view was nice (bridge to South Carolina in the distance) and the dinner was great.  How many of you have tried cheese grits with shrimp for dinner? 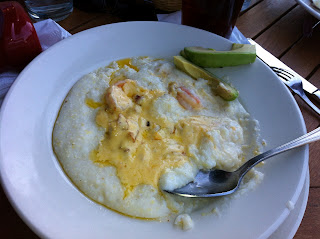 It was VERY good!  The avocado slice was a bonus from Pam's salad since she doesn't do avocados.
We had a great time in Savannah with Rod and Lisa. 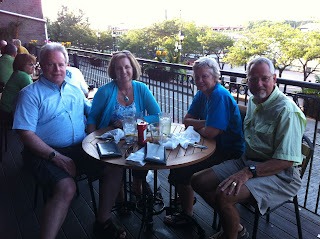 We will have to go back.  There are a lot of things to do there!