The Warner Brothers (Jim and Almadean's sons and their wives) continued the Reunion 2011 activities from Colfax, Washington. 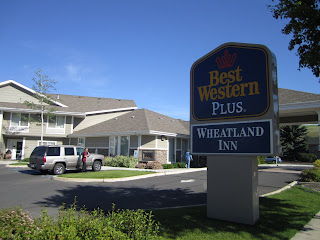 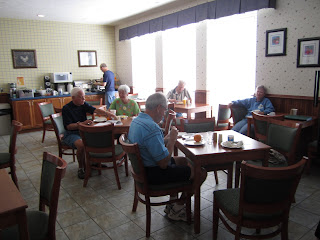 We made the two hour drive over to Kennewick, Washington from Colfax. 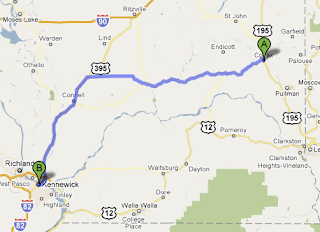 The country side along the way was beautiful.  In the short 120 mile drive, we saw a lot of wheat fields among the picturesque rolling hills. 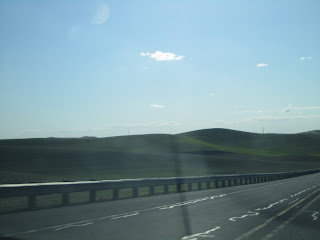 We got to the Pasco-Kennewick bridge about 11:30. 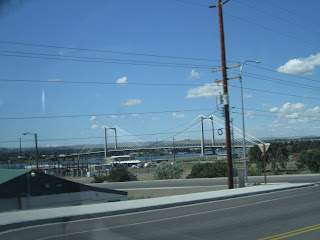 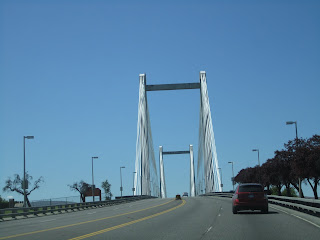 Our first stop was the Kennewick Historical Society.  But it was closed and didn't open until 12:00 noon. 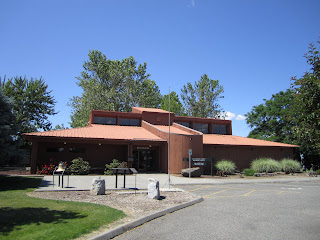 So we decided to drive over to where mom and her sister Ellen grew up.  Unfortunately, the house they lived in has been razed and replaced by a parking lot of the UMC church. 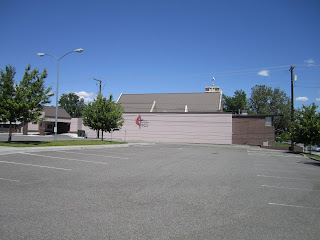 I wondered if their house in the 1920's and 1930's may have been similar to some across the street. 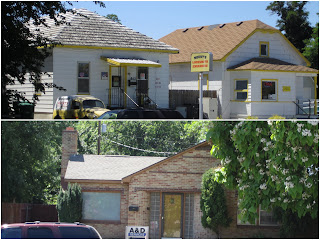 It was about lunch time so we went over to O'Henry's Restaurant near downtown Kennewick. 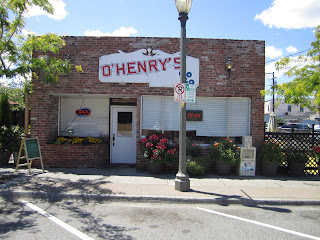 This restaurant also had a bakery where my mom may have picked up bread every day.  The restaurant had some Kennewick High School Class pictures on the walls in the back in the room where we ate. 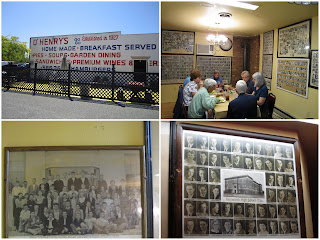 It was fun looking at all the pictures.  And the lunch was great.  Brad had some soup made by the award winning cook.
Then we went next door to take a look at the Roxy Theater where Almadean and Ellen both worked while they were in high school.  Rumor was they let some school kids in to see the show at no cost from time to time... 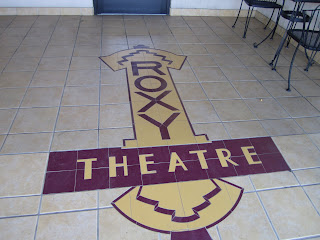 It is no longer a theater.  It has changed owners over the years and once was a clothing store.  Now it is an Antique and Gift Store with a coffee shop.  We talked with the present owner who gave us some of the history. 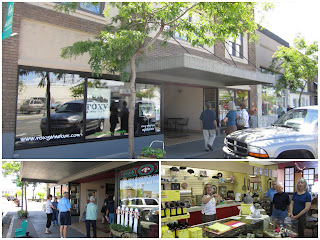 From the theater we went back to the Historical Society Center.  There were no pictures allowed in the Center.  We stayed about an hour and tried to find out new information about Almadean or her father Martin Wysong.  Mom was second in her Kennewick High School Class of 1938. 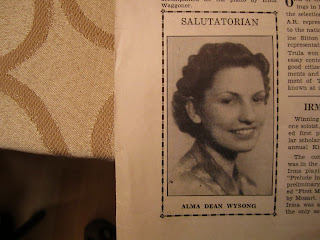 She gave a speech on 'The Future of Education in Washington State' during her graduation activities.
From there we went over to the Riverview Heights Cemetery where her parents Pearl and Martin Wysong are buried. 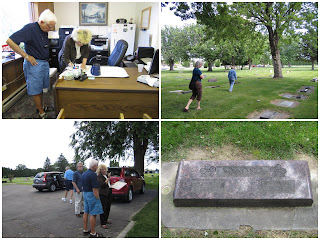 The lady at the cemetery gave us a map and helped us locate the gravestones.  Pearl died in 1952 and Martin died in 1969.  Martin was once an auto mechanic, worked the wheat fields before he married Pearl and was once the janitor at the high school.

We walked around for a while and then left for our hotel at the Quality Inn.  We had dinner at Olive Garden, went back to the hotel and called it a night. 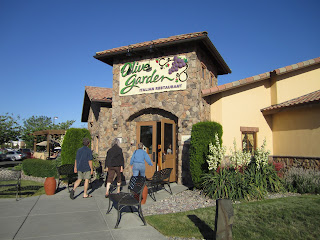 It was another fun day.  Besides learning a little more about our grandparents, we have been able to spend a lot of time with each other which has been really good.  We all enjoy each other and get along well.

Today we'll make a couple of stops before we head back to Spokane.
Another day of discovering our roots and being with family.  Its been a really good time.