A New Kind of Golf

One of my passions in life has always been golf.  I come from a long line of golfers.  My grandad played and all my uncles played golf.  My dad played and my mom took lessons in the 50's and we became a golfing family.  All my brothers play golf.  Pam learned how to play when we were dating and we love to play golf.

Our kids learned how to play and do so sporadically.  Our son-in-law Jonathan plays golf and mentioned "Top Golf" a while back.  He and some buddies played for the first time near Atlanta.  Top Golf came to Virginia Beach a few months ago and his Anchor Church Men's Group booked an evening for about 25 of us.

I'm not much for gimmicky kind of things.  This is not really golf but it was a LOT of fun!  It basically is a three-tiered driving range 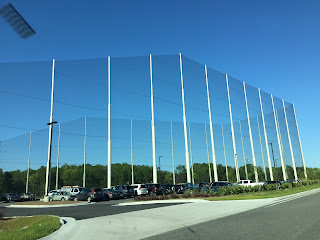 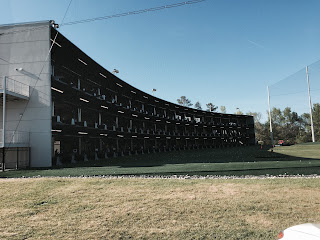 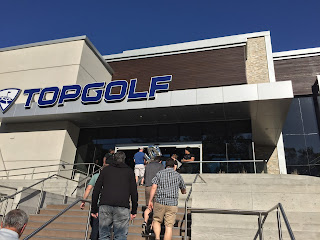 where folks hit a GPS-enabled golf ball at a number of targets.  The points are immediately tabulated.  In some ways it reminded me of a bowling score card up on the screen.

After the group arrived, we got instructions how to get set up on the computer system/scoring board and learned about the different games we could try.  We all got some practise shots and quickly learned it was not as easy as it looked to hit those big targets! 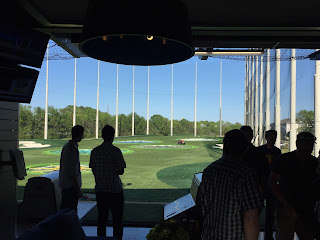 We quickly divided up into groups of 5-6 people at each mat and the competition began.  For each game we got 20 golf balls and took 5 shots each.  They had men's and women's clubs to use and we just had to hit away! 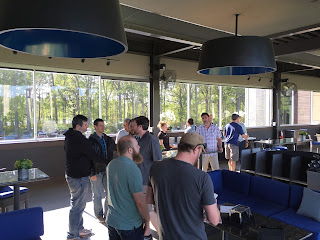 While folks were taking their turns, the rest of us hung around and chatted and got a chance to know each other.  That was the main idea of the event anyway--getting a group of guys together to hang out and to make new friends. 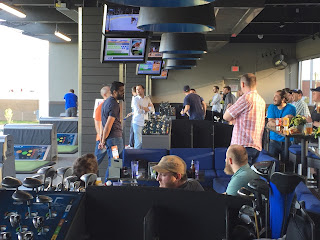 In addition to the golf -- there was plenty of food included in the price.  It also included three hours of play.  Though it seemed a bit pricey at $58, I have spent more money on golf or recreation and it was worth every penny.  Everyone I saw was having a great time.  Both golfers and non-golfers.  We also found out you could rent a space for $25/hr for six people (without food), so that may be in our future. 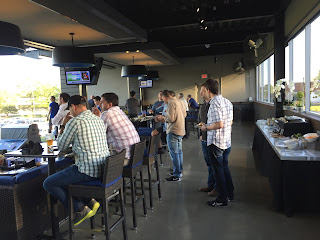 Like the real sport though, it could be pretty frustrating getting that little white ball to go where you wanted it to go... 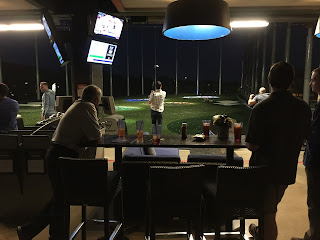 Here Bill and I are watching Sheldon take a few swings toward the end of the night.  It was a lot of fun, we met some nice young men, had some good clean fun and enjoyed ourselves.  It was a night to remember in Virginia Beach!

Have you ever tried Top Golf?


Posted by Roadrunner Chronicles at 5:58 AM