My previous post was about the events leading up to the our son Adam and our new daughter-in-law Melissa's wedding last weekend.  I wanted to include a lot of pictures and the blog was getting to be a really long post, so this is the second of two parts on The Wedding.

The wedding was Saturday @ 5 PM and in the early afternoon it was time to get dressed up and get over to The Hunter House. 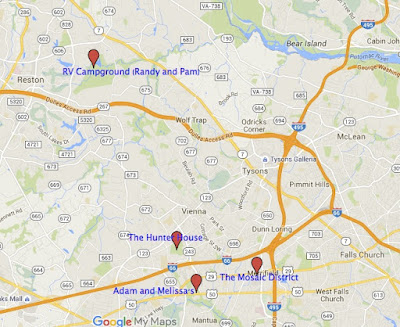 The Hunter House was not far from Melissa and Adam's place and about 2 miles from the Mosaic District (trendy hotel and restaurant and shopping area) where most of the out of town guests were staying.  Pam and I and the Baker's were about 20 minutes away at the Lake Fairfax Park Campground.

We got to the Hunter House about 3:30 PM with plenty of time 'for contingencies' in case something didn't go according to plan.  But it was all looking good, and we wandered around and took some pictures as everyone else was arriving.

The event rental company had already set up the tent and chairs, and flowers were set out all around the place accenting it with some color. 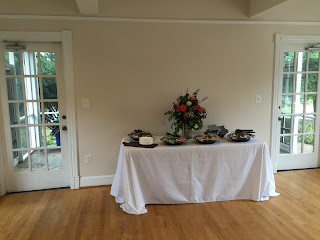 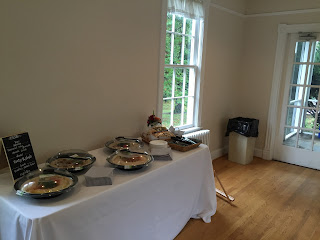 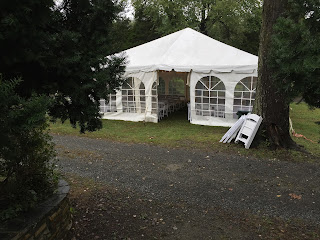 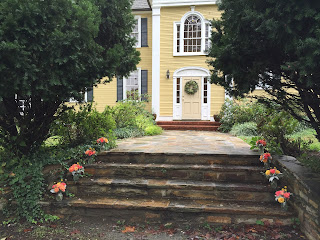 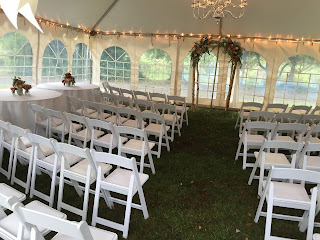 Before the ceremony, the family gathered upstairs for a few more pictures 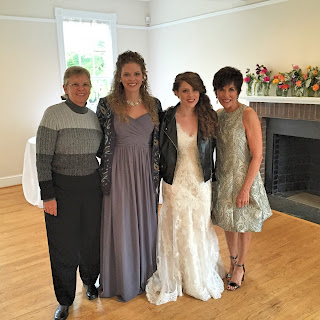 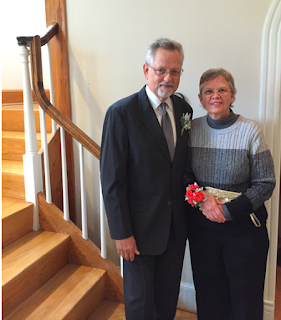 and the signing of the Ketubah - the marriage contract. 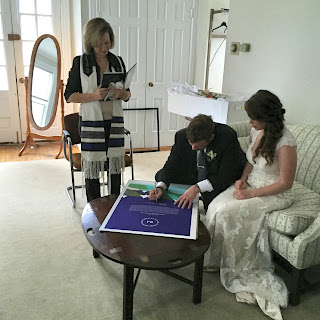 Then it was downstairs for the procession and public ceremony.  Not surprisingly, as the father of the groom with a front row seat, I did not get any pictures of the ceremony...

The tent was packed to capacity with 100+ guests and they had to bring in more chairs to get everyone inside.  It was a wonderful, joyous event with family and friends from all over:  a good friend of theirs flew in from India, friends and family came from Philadelphia, Boston, out West and many other places.

We got to meet them and it was just one great moment after another. We had a lot of pictures and here are a few: 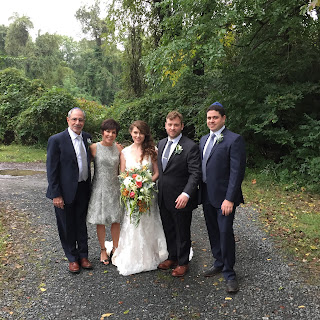 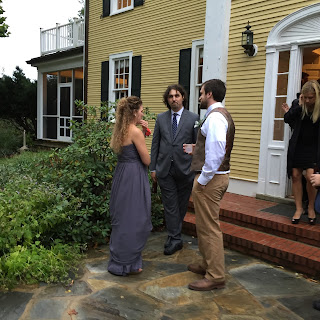 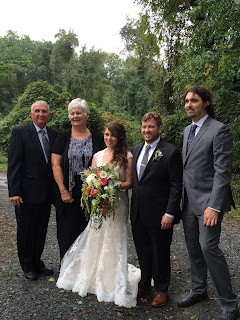 Meghan's parents and Brad with Adam and Melissa. 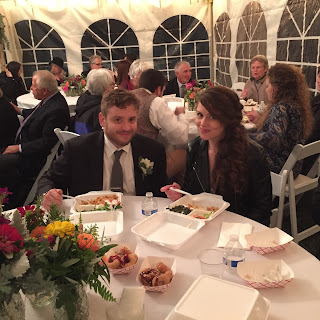 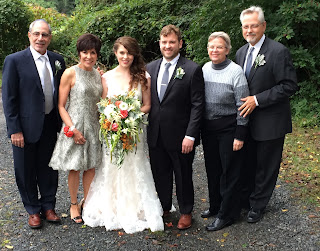 Jeff and Marilyn and us with the bride and groom.

Another picture of the twins: 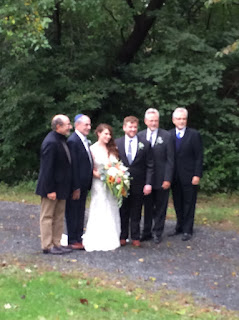 Melissa and Adam had some great ideas it all turned out to be perfect.  Instead of catering, they went with two food trucks.  The green truck was for the main meal - they offered chicken, lamb and a combination along with rice and chic peas, spinach, okra and a couple of other items.  They also had a vegetarian plate. 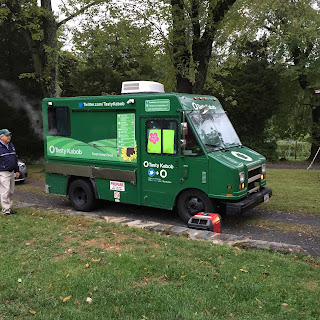 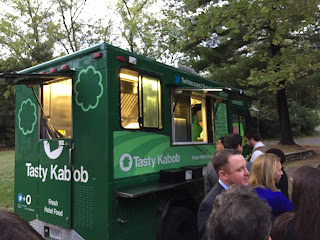 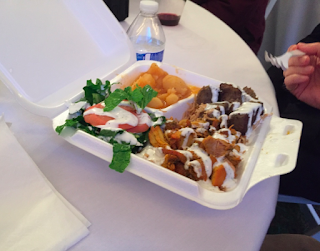 Tasty Kabob was exactly that Tasty!  And then for dessert (if you didn't want the cupcakes that were inside) the pink food truck had freshly made donuts. 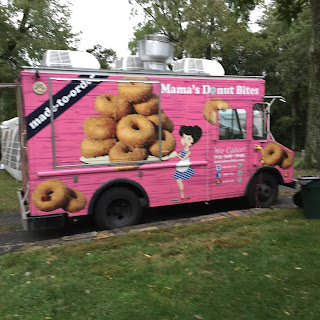 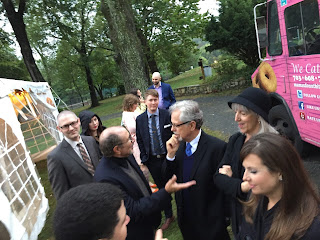 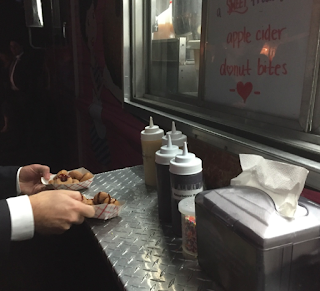 The donut bits were a bit hit and we had some great food with all we could eat!
We stayed and talked to a lot of people and didn't leave until about 9:30 PM then went back to the campground.

Sunday morning we said goodbyes at the Hyatt House before folks returned home. 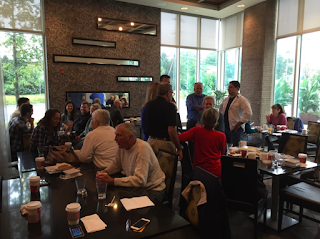 It was one of the most supportive, family, friendly,  and generous times we've had in a long time.  And as far as I know everyone had a good time.

We learned a lot about the Jewish wedding ceremony and some traditions.  Most of all, the bride (The bride is always beautiful!) and groom were very happy.  It all came off very well and we have some new and renewed friendships, great memories and lots of smiles over the events of last weekend.  We couldn't be happier for Melissa and Adam.