This week marks our tenth week in Virginia Beach.  Its been a mix of different kinds of weather and we have learned that we are not such pansies after all.  We have toughened up some and can do this. 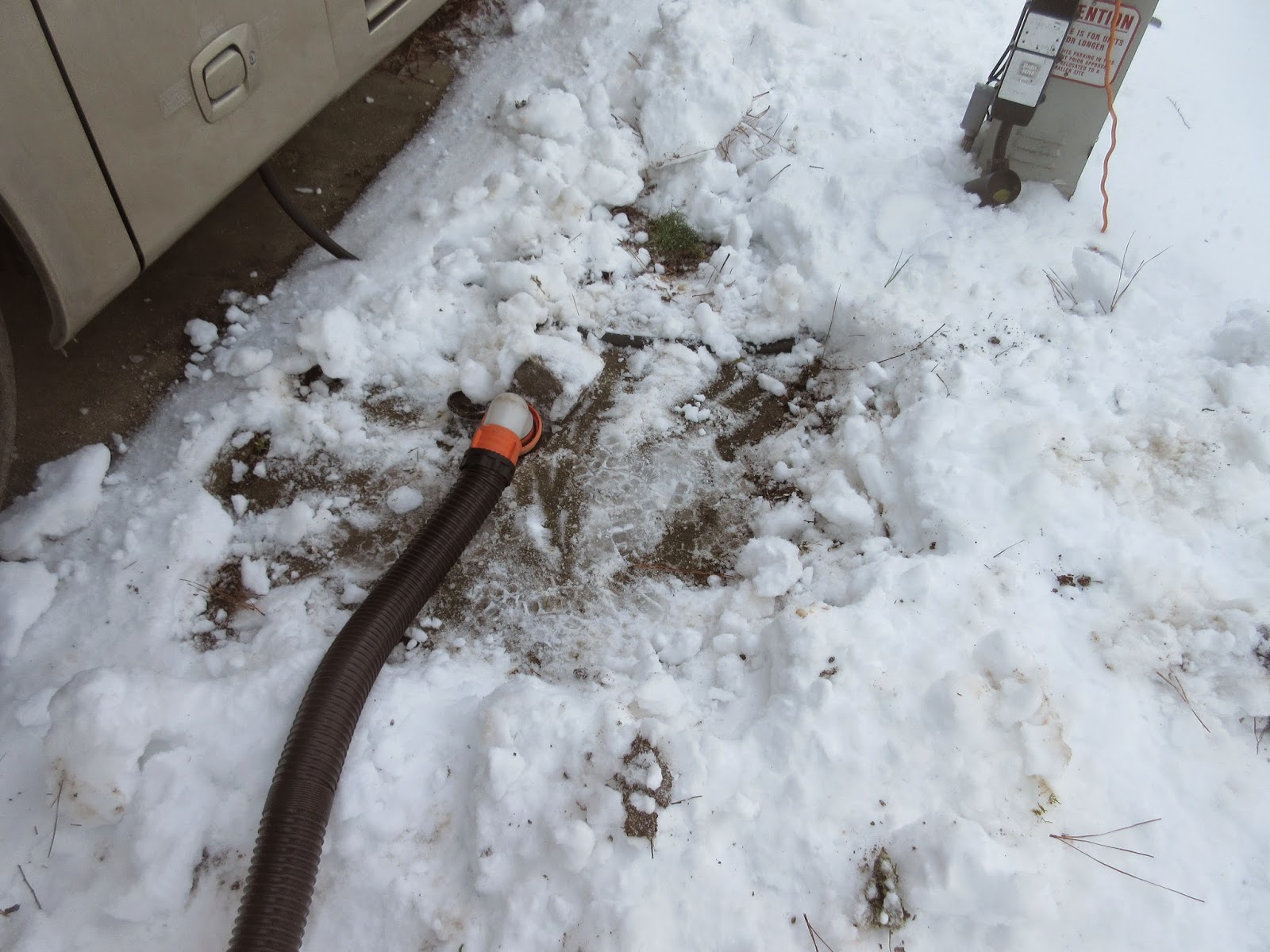 Yesterday my early morning job was to dump the tanks.  I had stowed the sewer hose but could not find the hole in the ground until I poked around and dug it out. 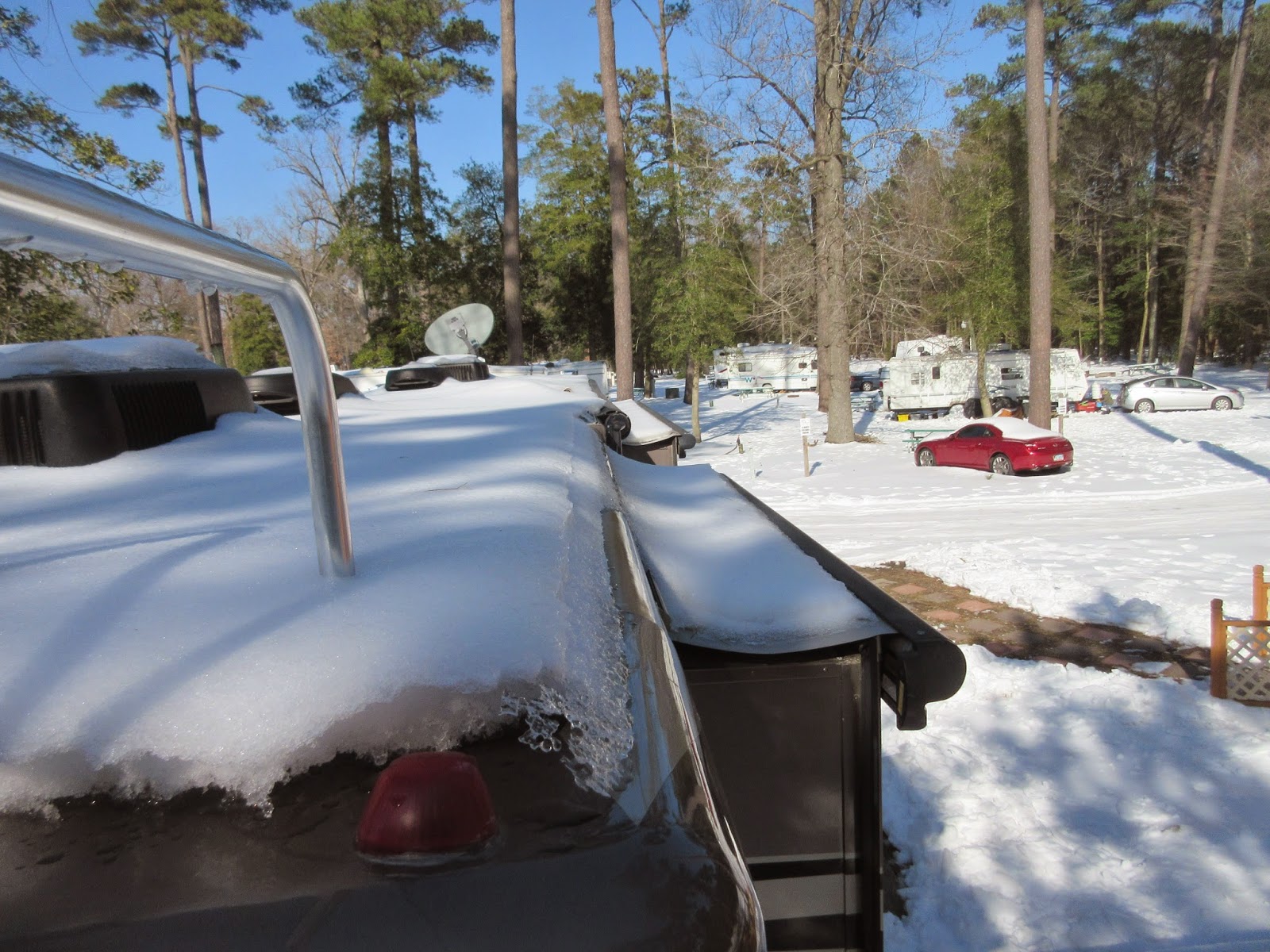 The day before, I had to carefully get up on top of the Roadrunner and remove the snow.  Its not good to have the snow on top settle over the slide outs and freeze on top of the toppers.

I have removed 5" or more of snow from the top of the Roadrunner twice now.  The first time I used my long car ice scraper and 1/2 of a broom. 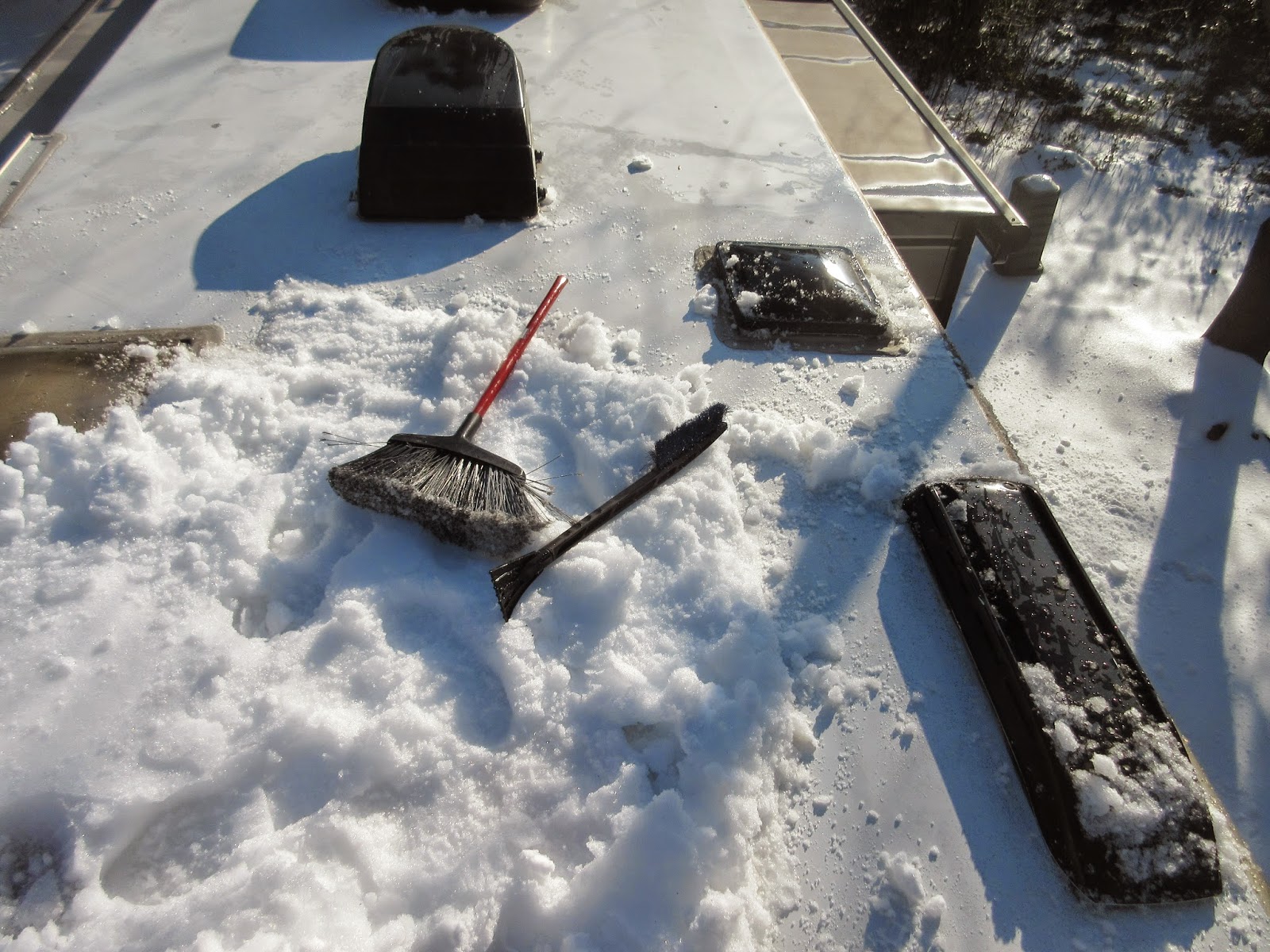 The snow was wet and I spent most of my 3 hours up there on my hands and knew slowly pushing the snow off the top.  The toppers were a little more of a challenge, but I slowly go the job done. 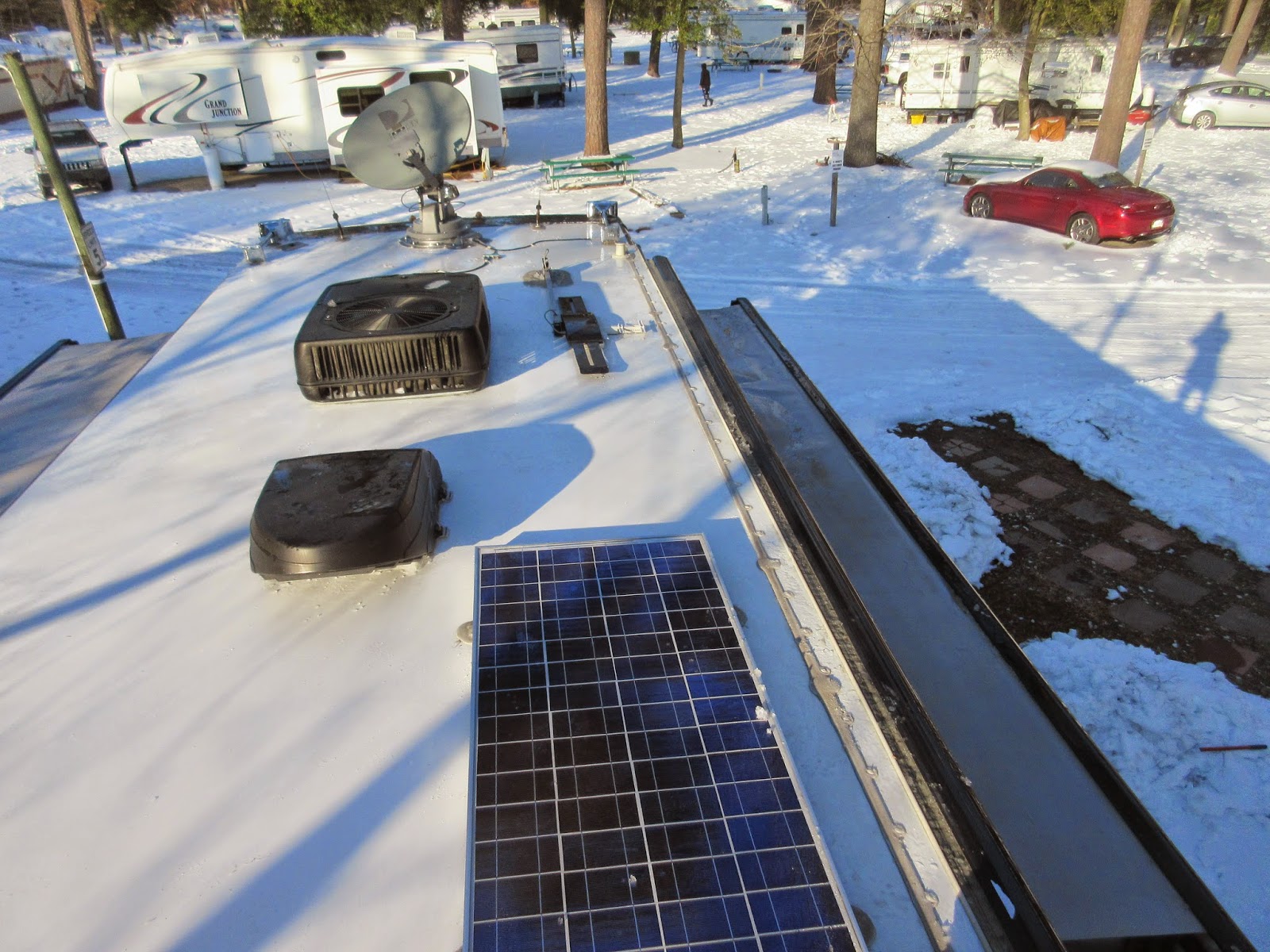 Two days ago when I tried to get on top it was just too slippery and the snow wasn't moving.  So I got down and gave it another try later in the day.

Much better.  This time I delicately and slowly used our plastic snow shovel. It took a while as I went very slowly.  The next few days are going to be warmer.  Today we have a high forecast for 33 degrees and a low of 26.  But it fluctuates the next 10 days before we are through with the cold winter weather.

Meanwhile, we have been spending some time at Kelly and Jon's with Brooks. 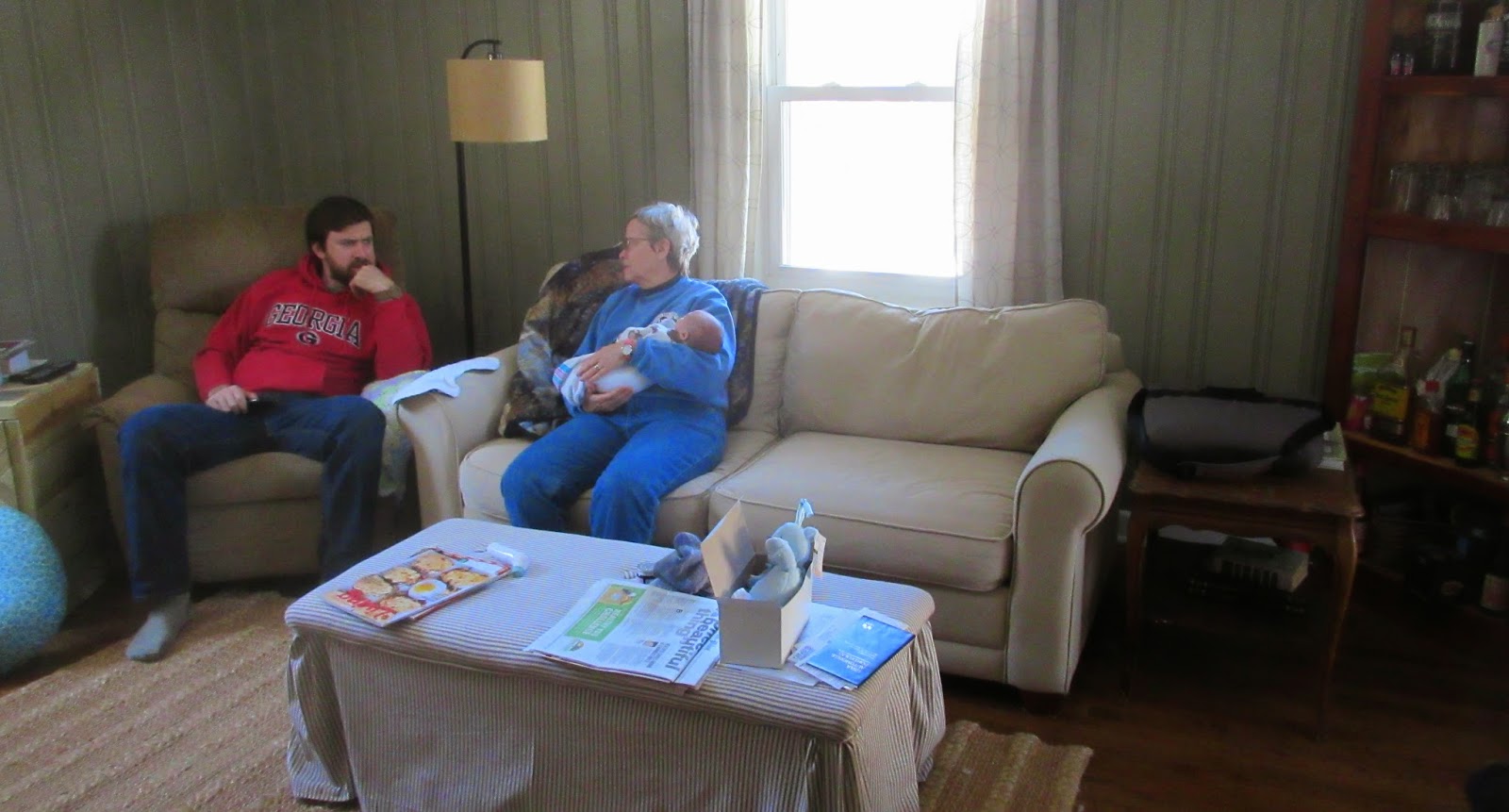 Posted by Roadrunner Chronicles at 10:51 AM