We continued our quest to see state capitols last week by visiting Arizona's in downtown Phoenix. 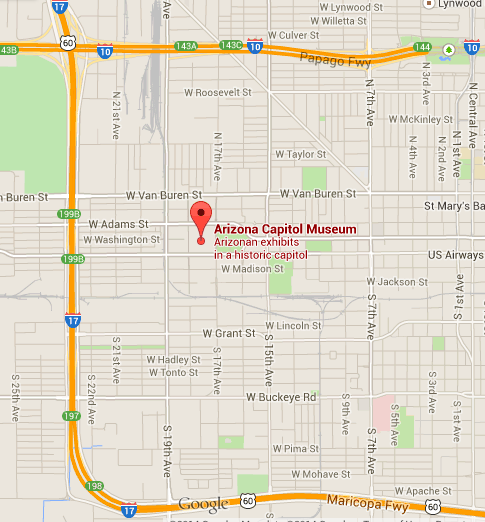 It was a nice day and we got there mid morning. 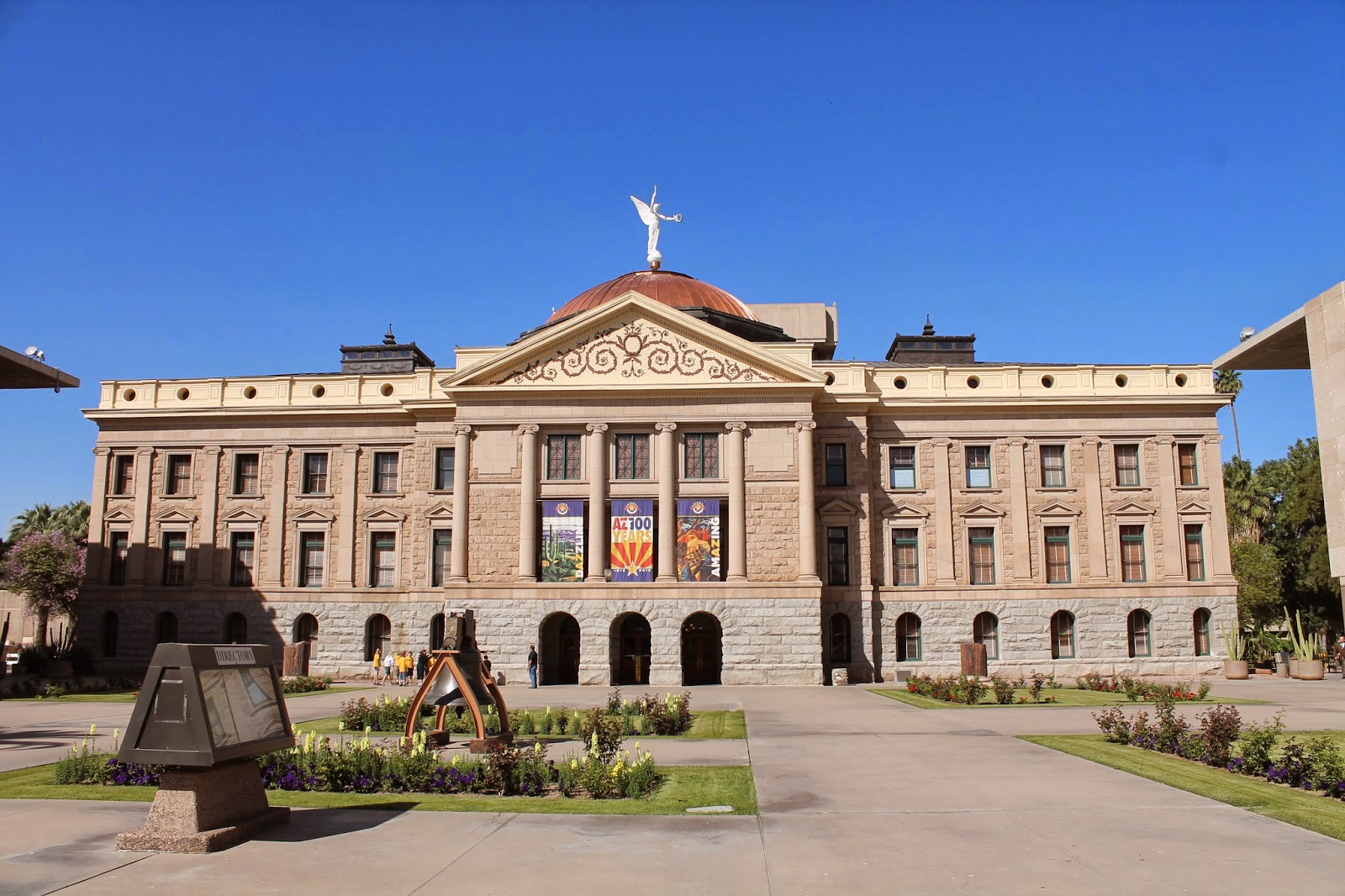 Construction of the capitol began in 1898 and took three years.  It was built in part to demonstrate the territory was ready for statehood but that did not happen until 1912.

We found the Liberty Bell which is something we look for at each capitol. 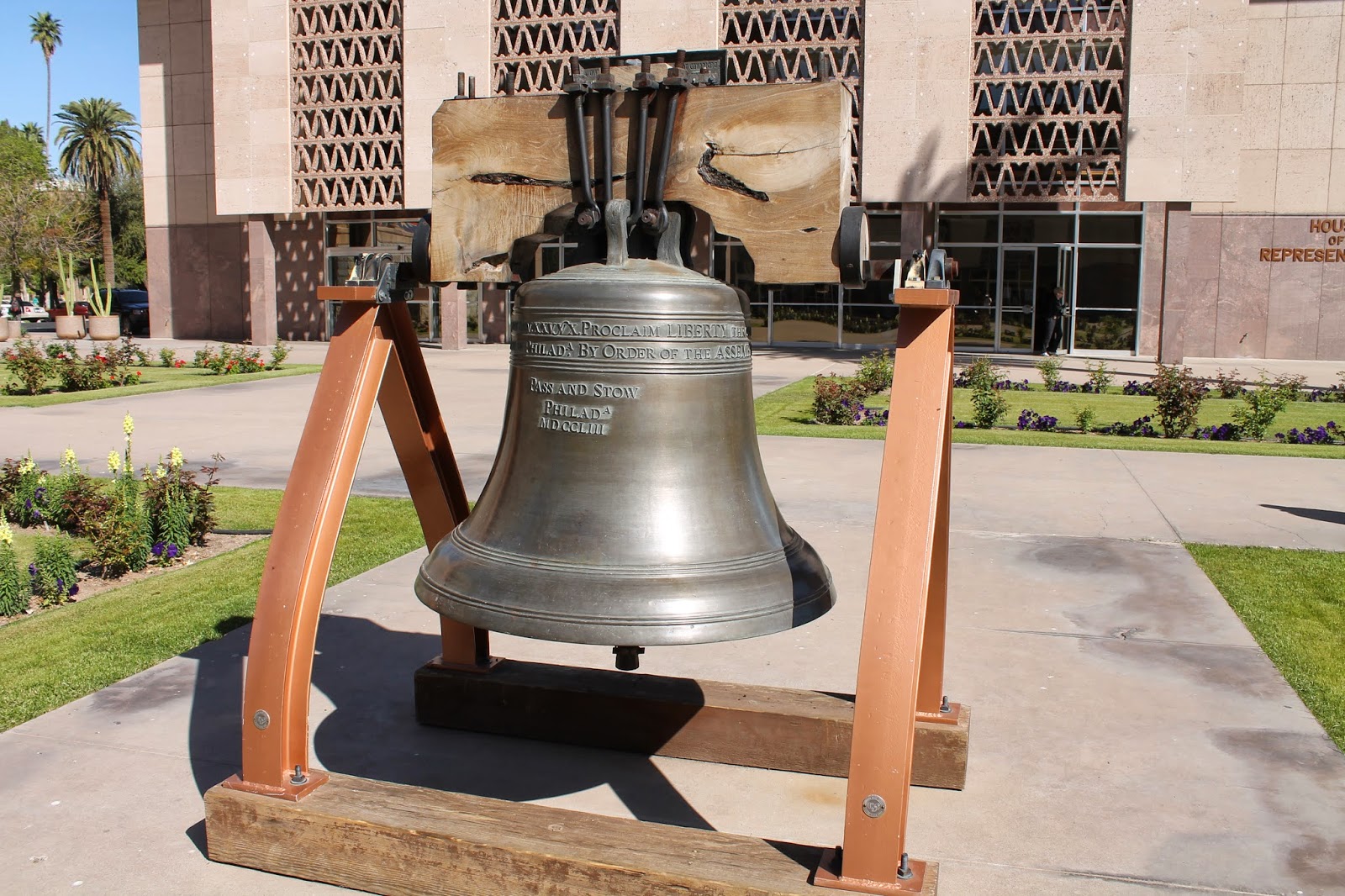 Then we took a walk around the grounds and saw the Wesley Bolin (15th governor of Arizona) Plaza of outside memorials and displays for noteworthy events and people in Arizona's history: 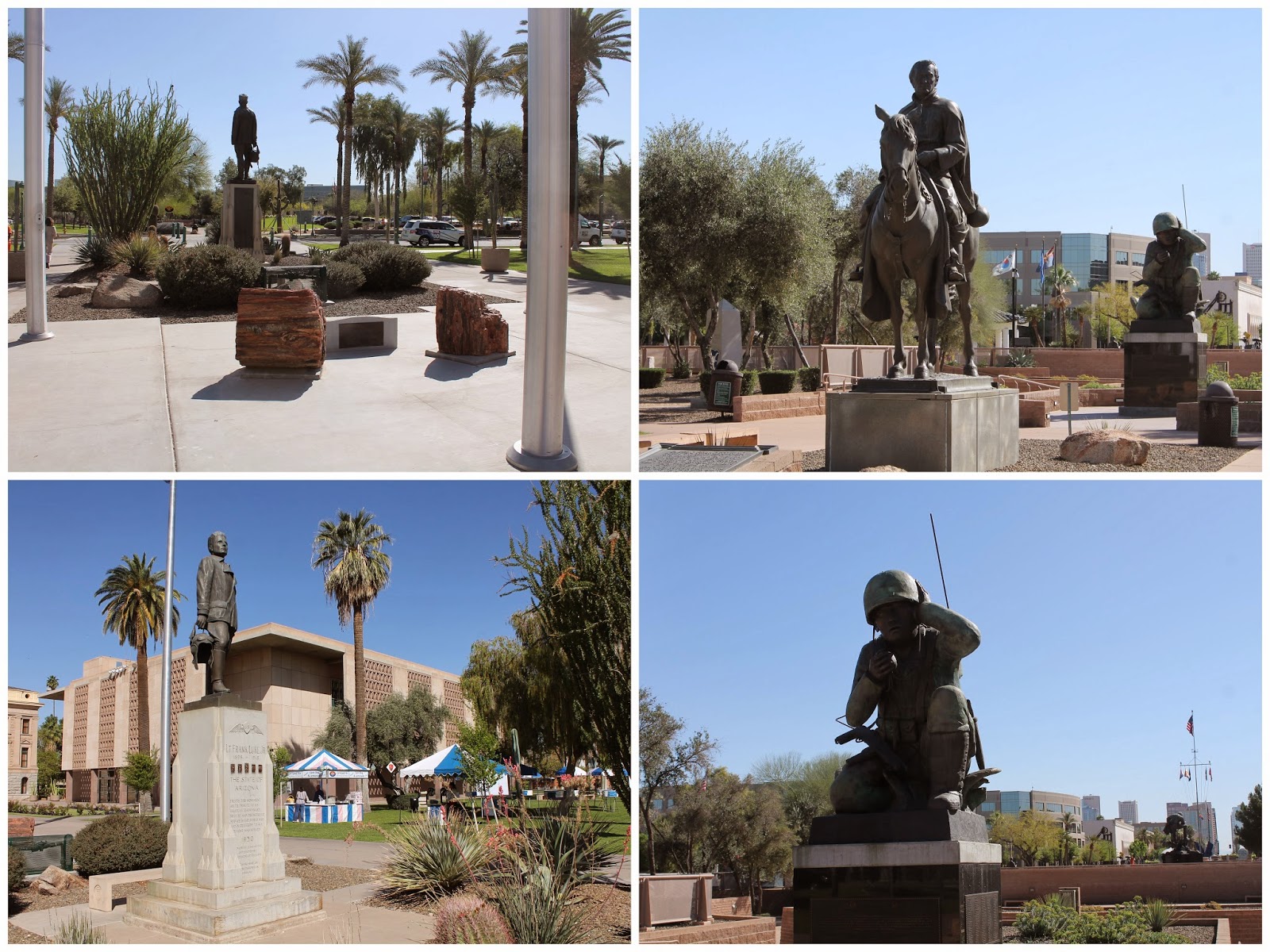 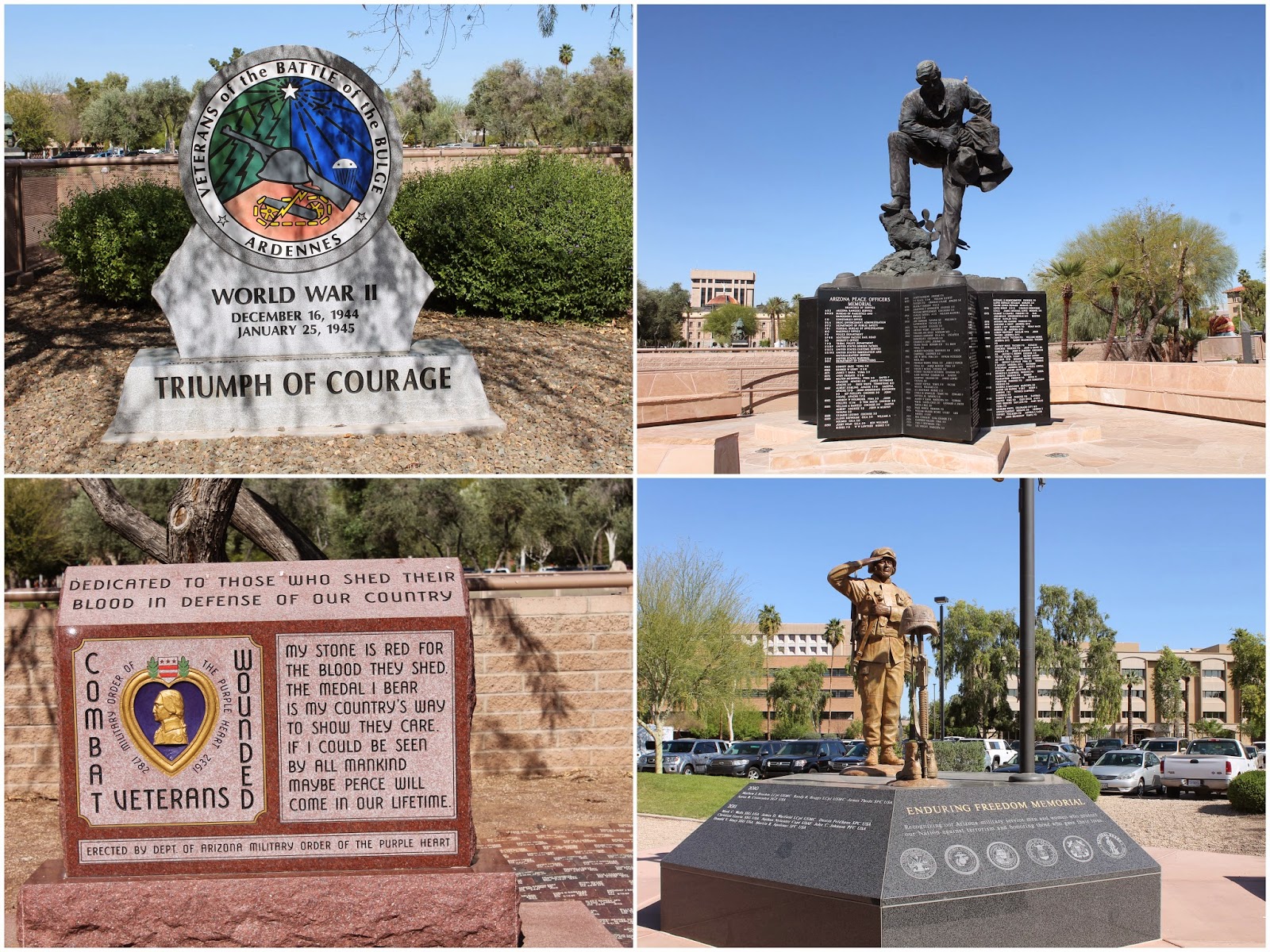 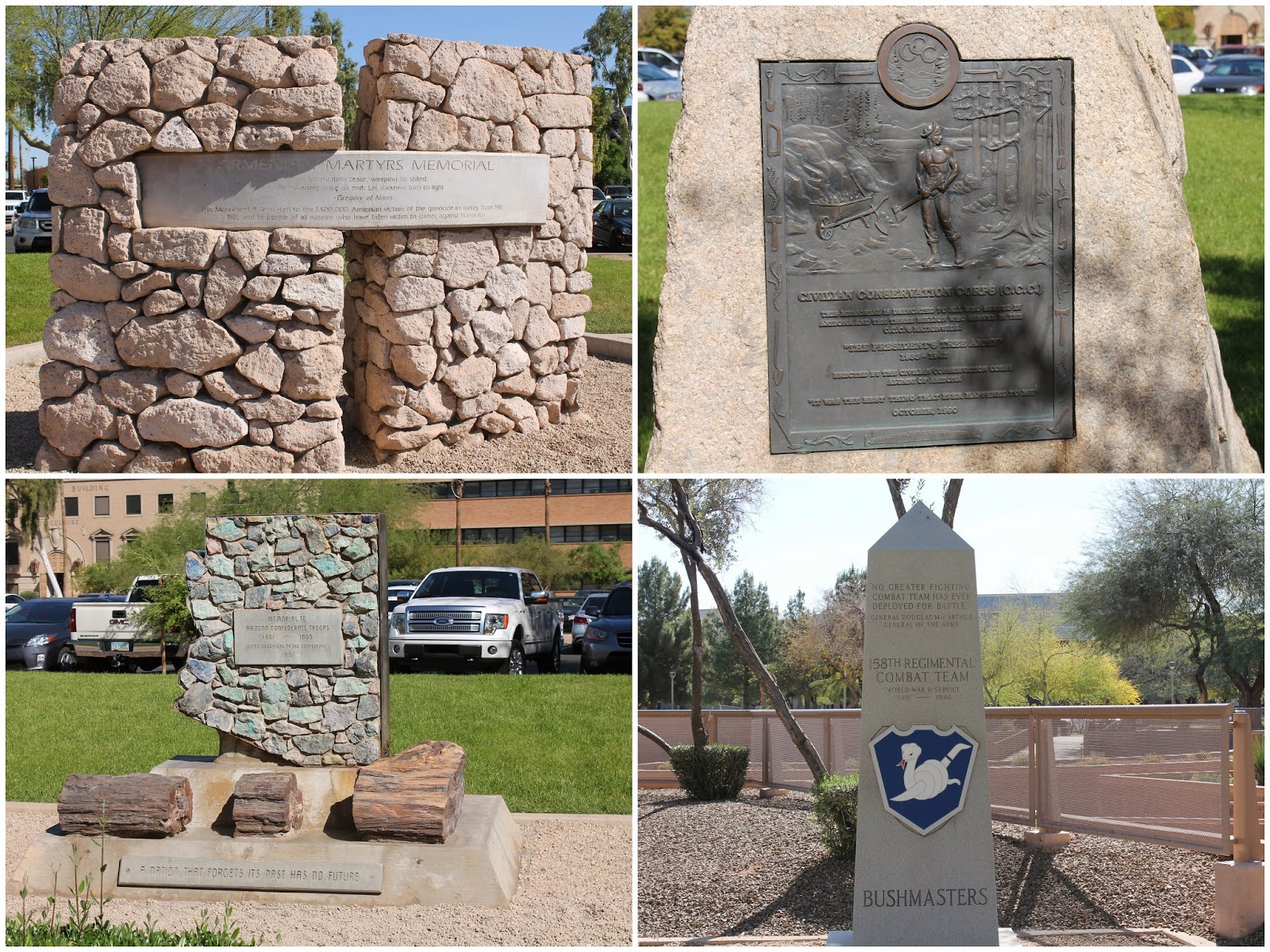 Inside the old capitol building and now full time museum, we were greeted by a volunteer docent who told us about the copper platters and settings that were part of the USS Arizona display. 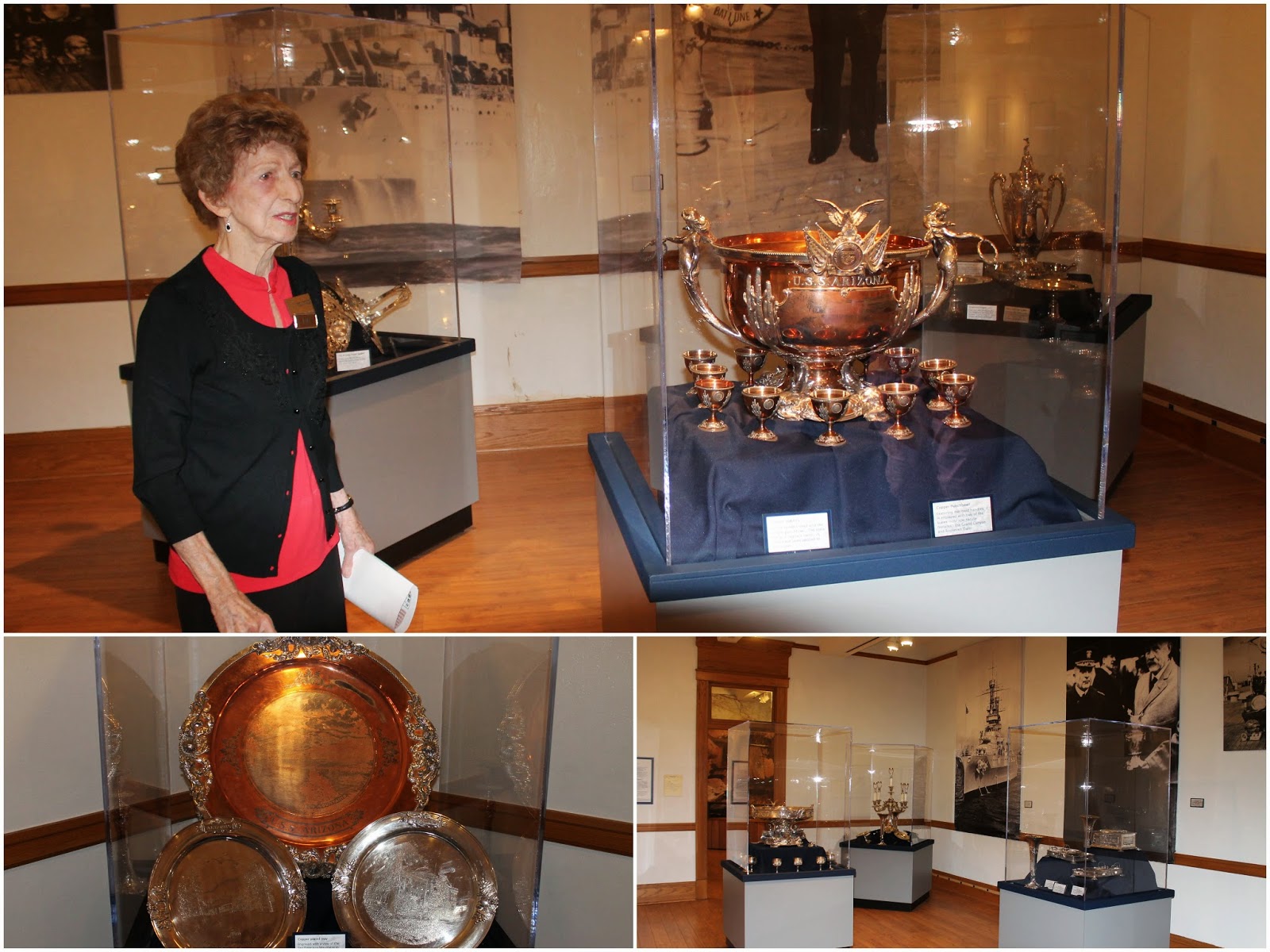 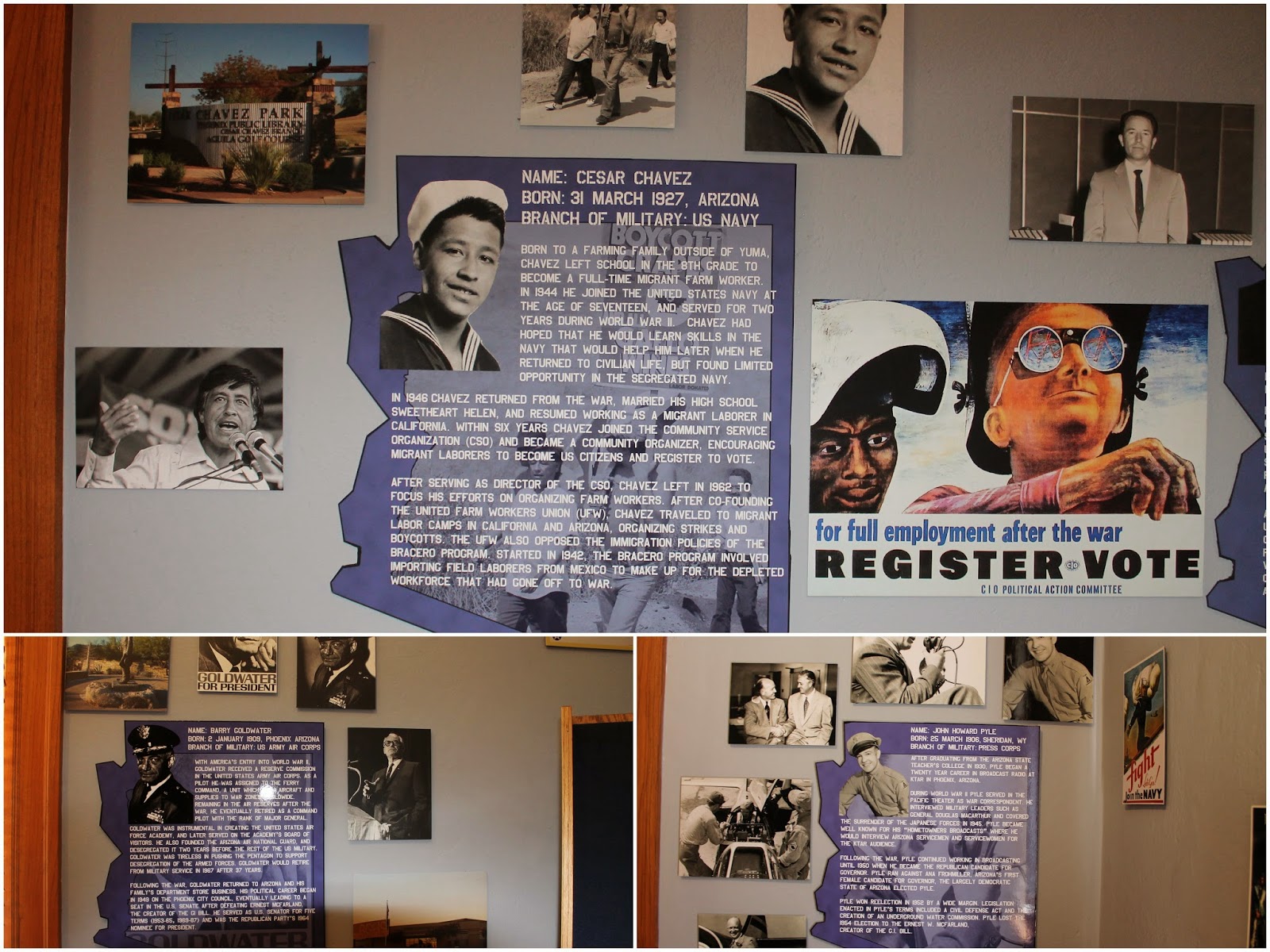 Two famous Arizonans had individual areas - Cesar Chavez and Barry Goldwater.  There were lots of others (less famous to me).  I knew Goldwater was from here but I thought Chavez was from California where he was active in worker's rights activism in the 1960's. 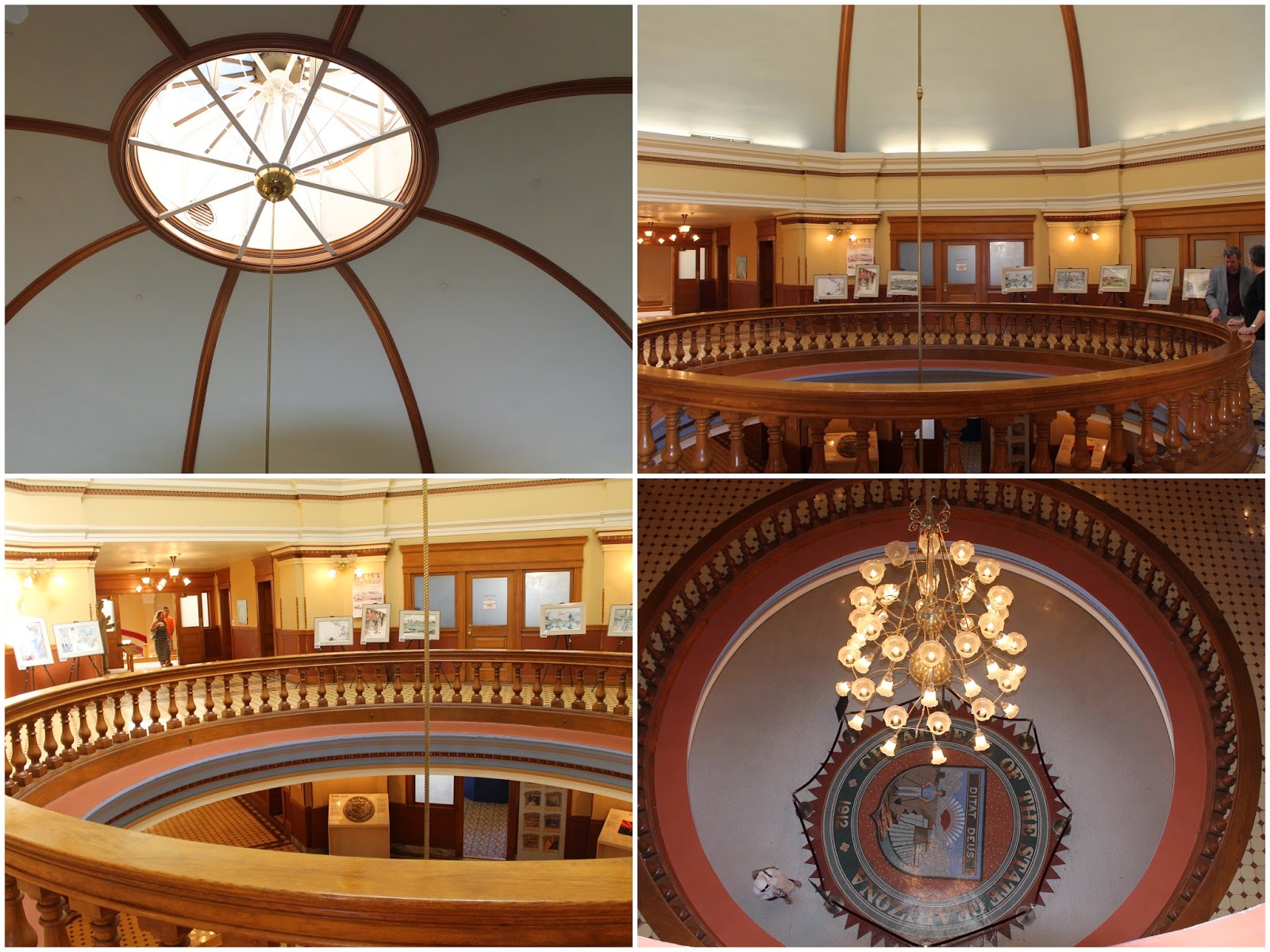 The old capitol (museum) was fairly small but it was used until 1960 when the House and the Senate moved to it's own buildings.  Looking down from the third floor, we could see the chandelier and mosaic of the state emblem. 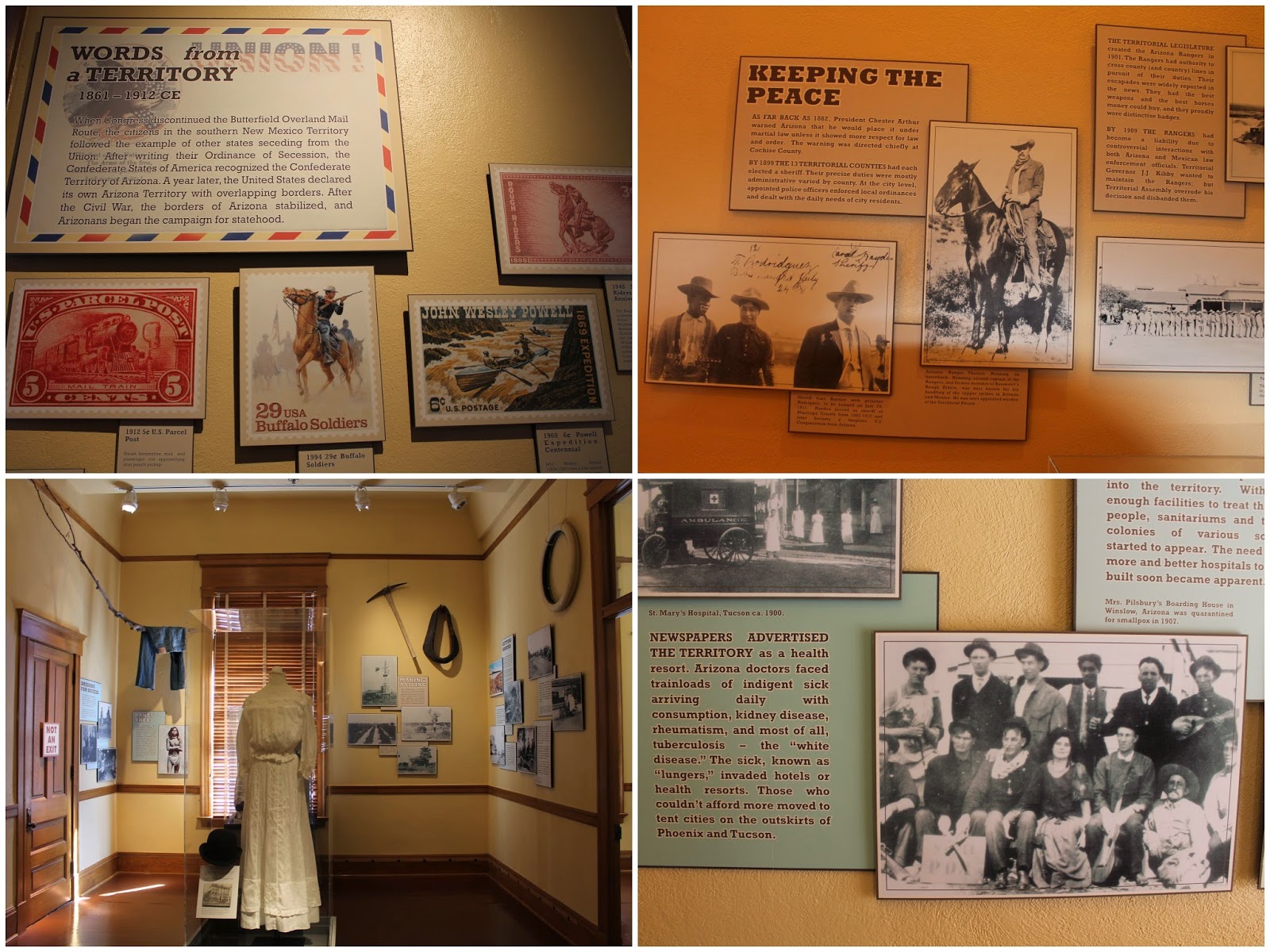 The Old West in the Arizona territory was given a lot of attention and something I liked to read about.  Mining is and was a big part of the state's economy beginning in the mid 1800's.  The introduction of the railroad throughout the territory contributed significantly to its development.  Today Arizona is the largest copper producing state in the Union. 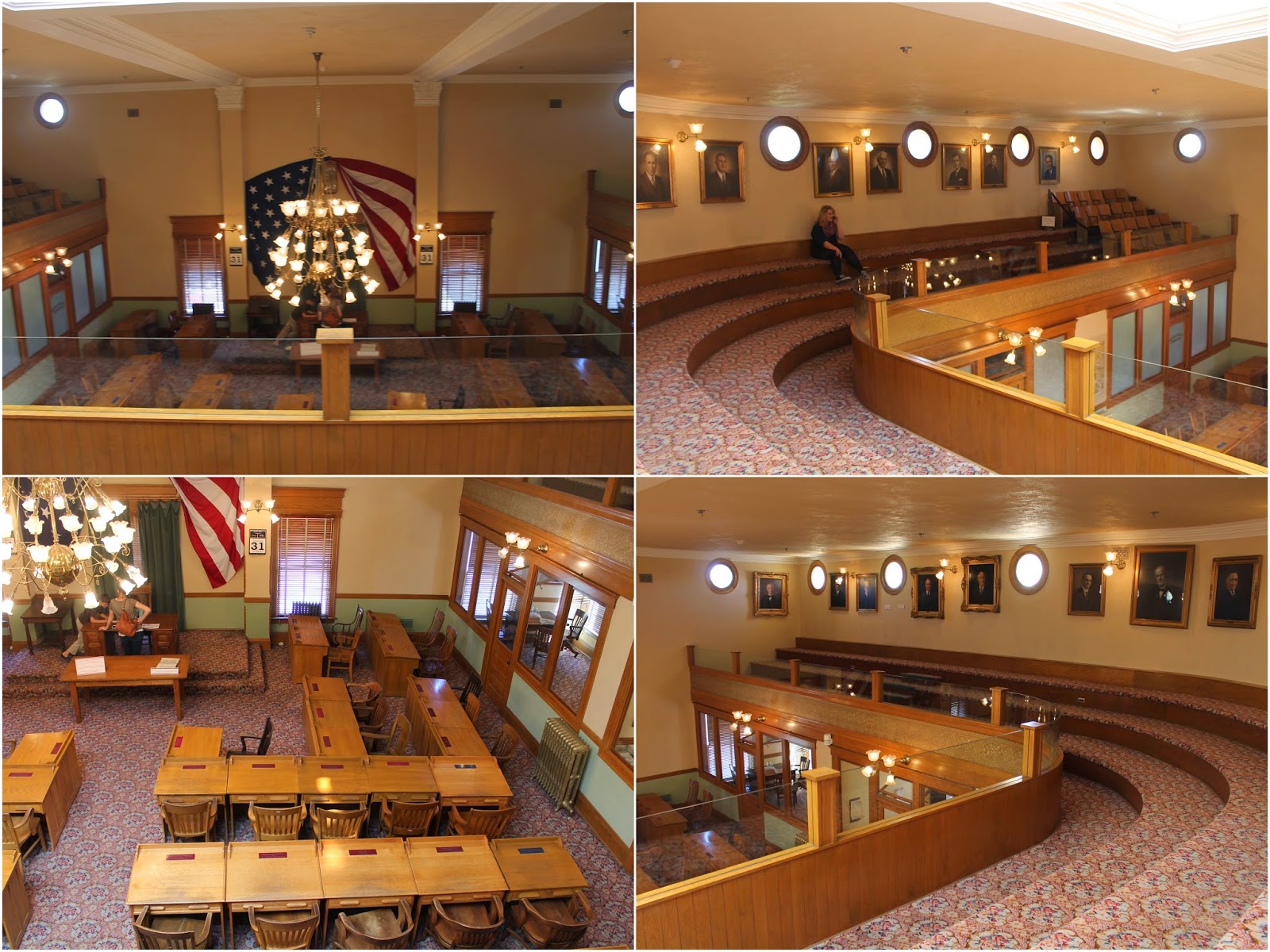 The old House chambers were open for our viewing.  Interesting to note, they were used as late as 1960 until they moved to another building. 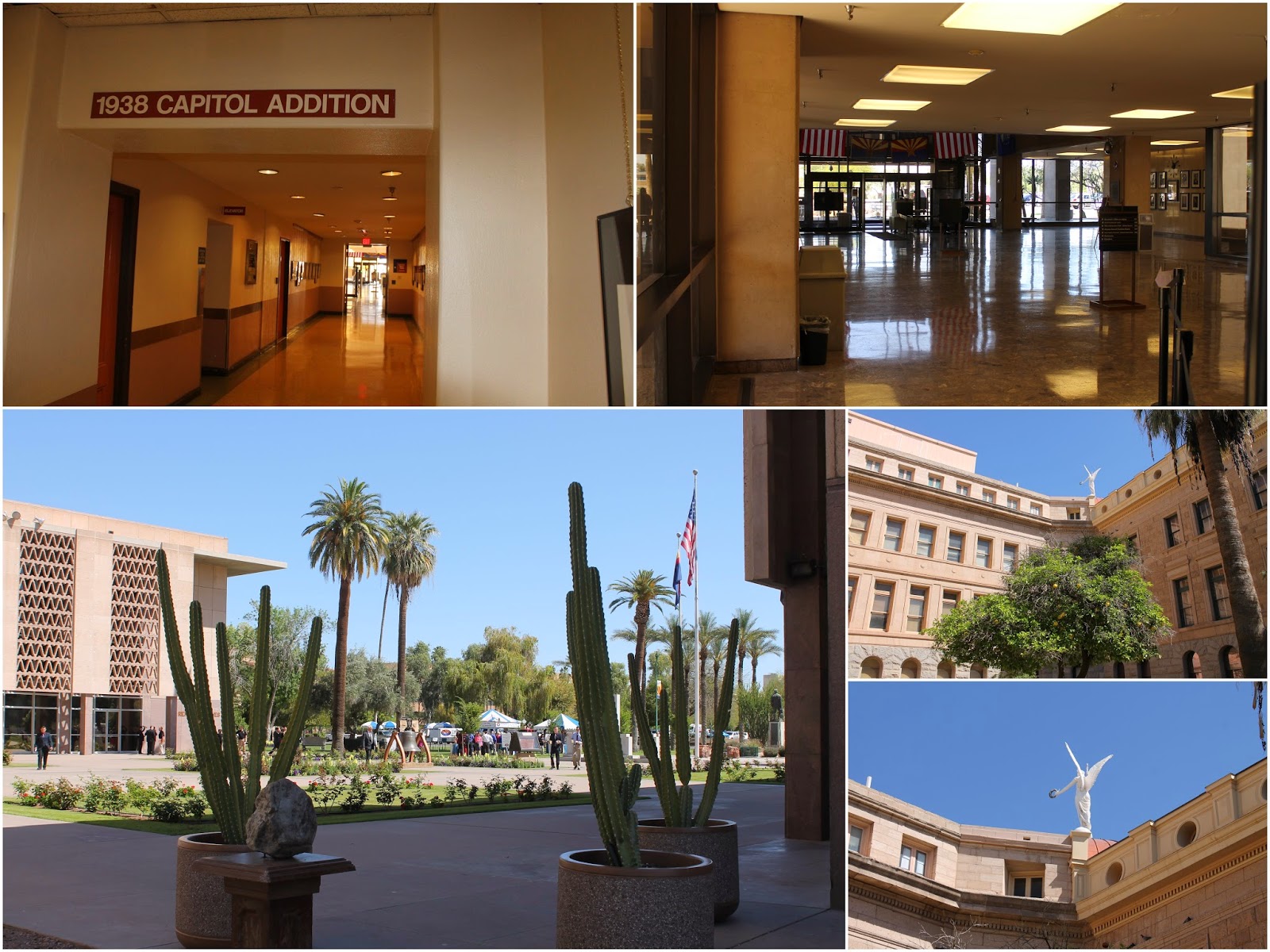 We had a relatively short visit on the grounds before we headed out to grab some lunch.

Thanks for joining us on the Roadrunner Chronicles today!

Posted by Roadrunner Chronicles at 9:36 AM