It was only a 20 minute drive from our campground into Kansas City to Kaufman Stadium which is the home of the Kansas City Royals.  They were playing the Atlanta Braves so we decided to go see the game.

It was a perfect and warm summer evening.  We arrived a little early to the game and we could smell the barbecue among the tailgaters. 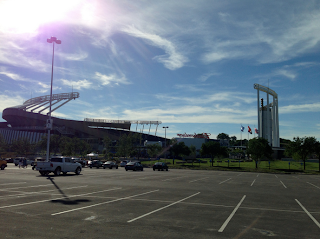 We entered at the far corner near right field and strolled around the displays.  George Brett had a long and brilliant career here. 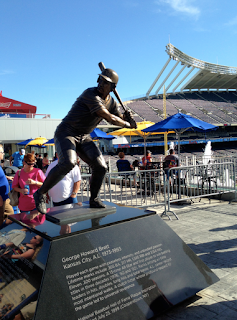 They have a small but excellent baseball museum over near left field so we took a look there. 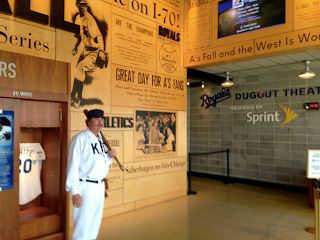 Kansas City has three Hall of Famer's including George Brett. 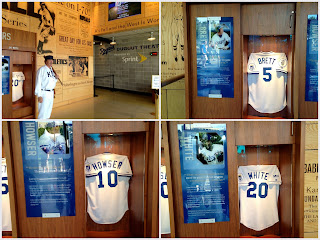 I liked the stadium.  It is another great one.  The grass and field were immaculate. 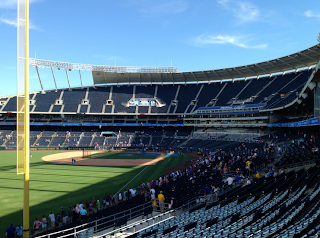 The huge scoreboard in center field was well done too.  Not so huge it was gaudy or out of place.  During the game they had it organized with a lot of information which made it easy to track the players and their position in the line up. 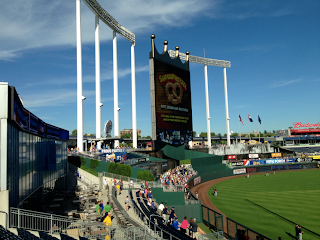 Our view was a good one, between home and the third base dugout. 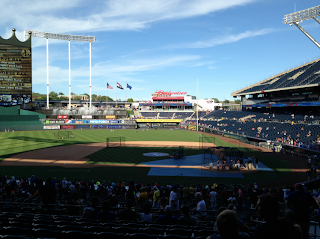 They started at 7:10 PM and we left before the game was over.  It went extra innings with the Braves pulling it out. 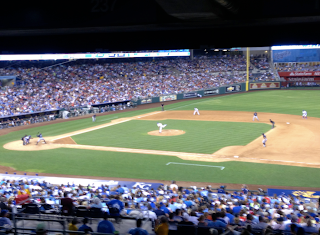 Fun night and a new MLB stadium.  We are glad we went!

Thanks for joining us on the Roadrunner Chronicles today.  And thanks for the comments!
Until next time...

Posted by Roadrunner Chronicles at 3:45 PM